Mystery blonde, 25, sitting with Raiders owner is a Vegas dancer

By Vanessa Serna For Dailymail.Com

The mystery blonde spotted next to Raiders owner Mark Davis at an NFL game has been identified as a Vegas Cirque du Soleil dancer.

Hayden Hopkins, 25, was seen on camera sitting next to Davis, 47, in the VIP section of Allegiant Stadium in Las Vegas on December 4.

Social media fanatics were determined to figure out Hopkin’s identity after a photo of the two went viral on Twitter. The 25-year-old dancer also posted a photo from her seat but later claimed she was only friends with Davis.

Hayden Hopkins, 25, was identified as the mystery blonde sitting alongside Raiders owner Mark Davis, 67, at the December 4 game 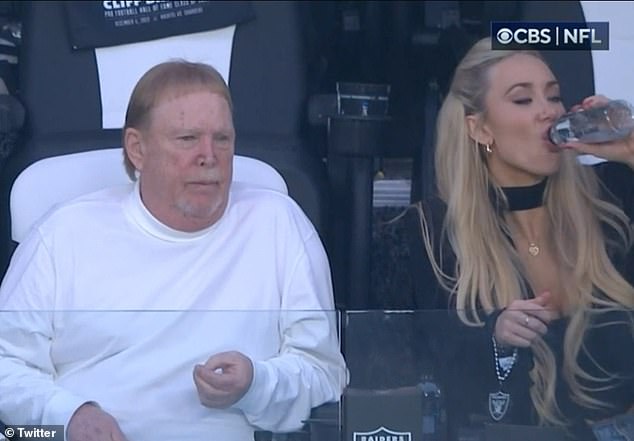 Hopkin’s (right) is an influencer and professional dancer in Las Vegas.  She was spotted with Davis (left). Internet fanatics later attempted to figure out who she was 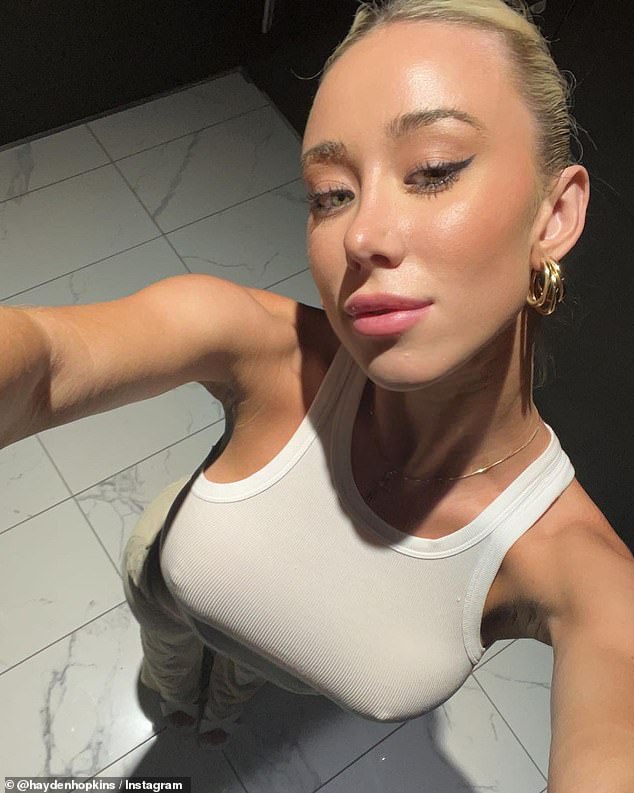 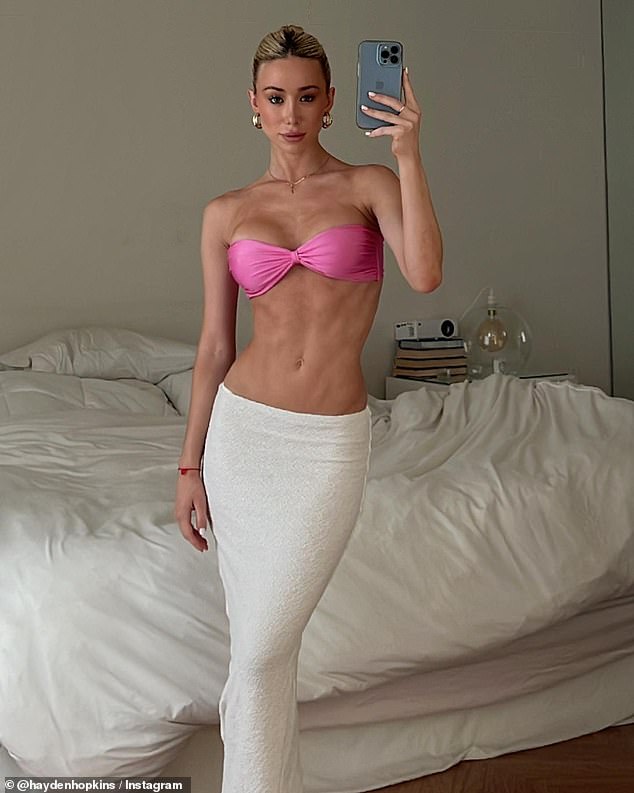 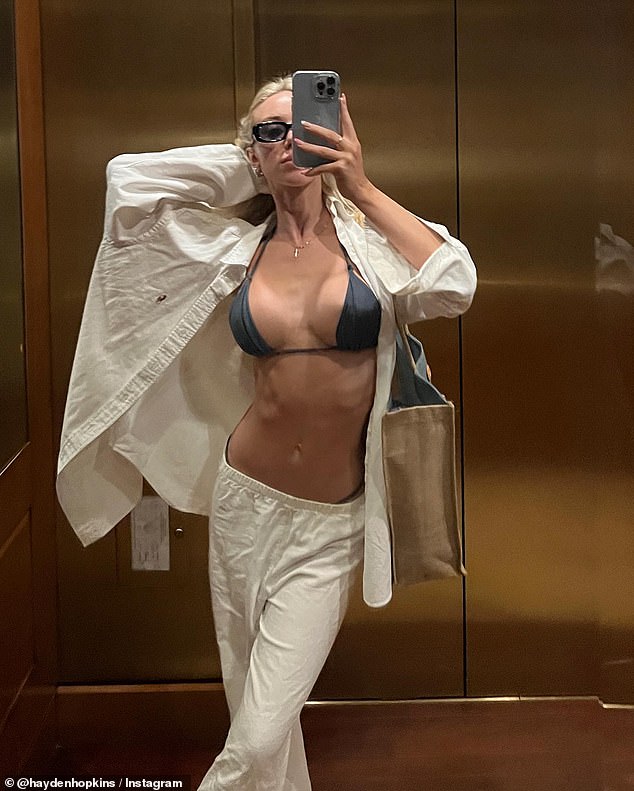 The Vegas dancer is from Seattle, Washington but has lived in Vegas since 2017 when she took on the role of ‘La Belle’ in the Treasure Island Cirque Du Soleil’s Mystere.

Before settling down in Vegas, she won national dance titles and lived in New York City to get her bachelor’s degree in dance.

Hopkins has performed alongside singer Jason Derulo and appeared on Good Morning America.

She also was seen on Jimmy Kimmel Live along dancing in the role of ‘La Belle.’

Hopkins commemorated the performance multiple times on social media and showed off her tiny blue outfit and flexibility. 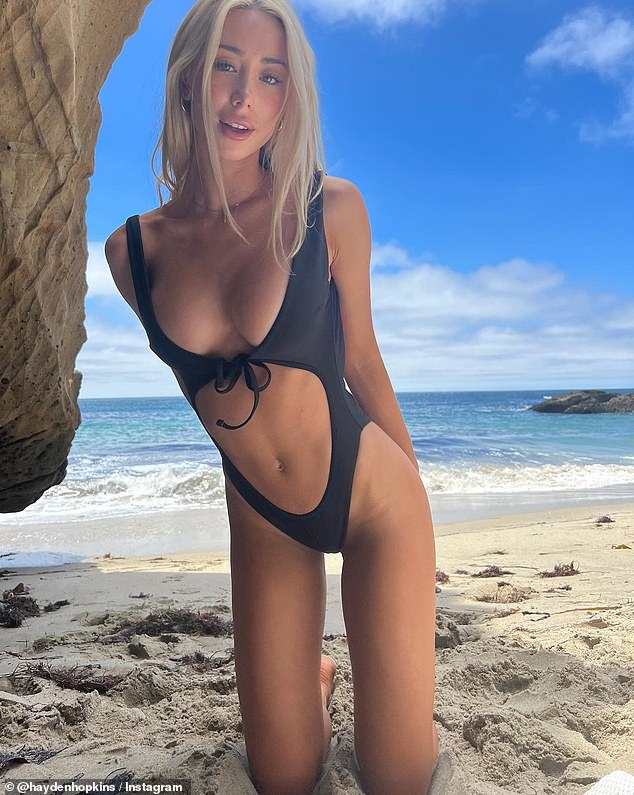 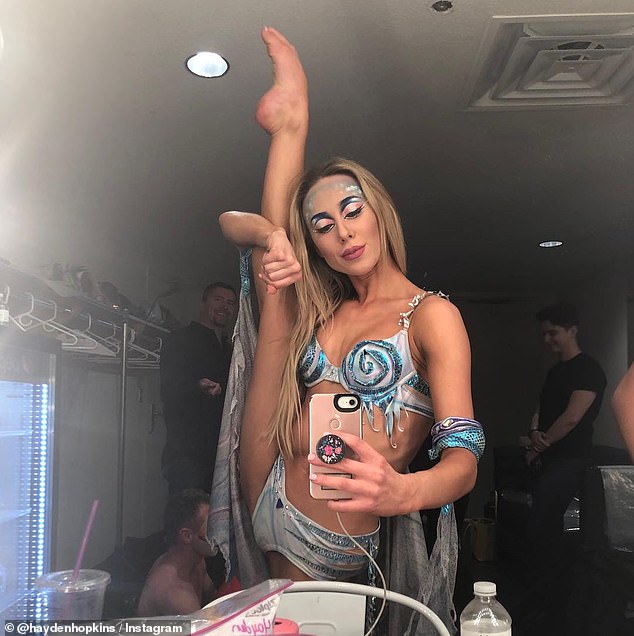 She has been spotted dancing as her Vegas character on Jimmy Kimmel Live. Above she is pictured in her dressing room getting ready to perform on Kimmel’s show 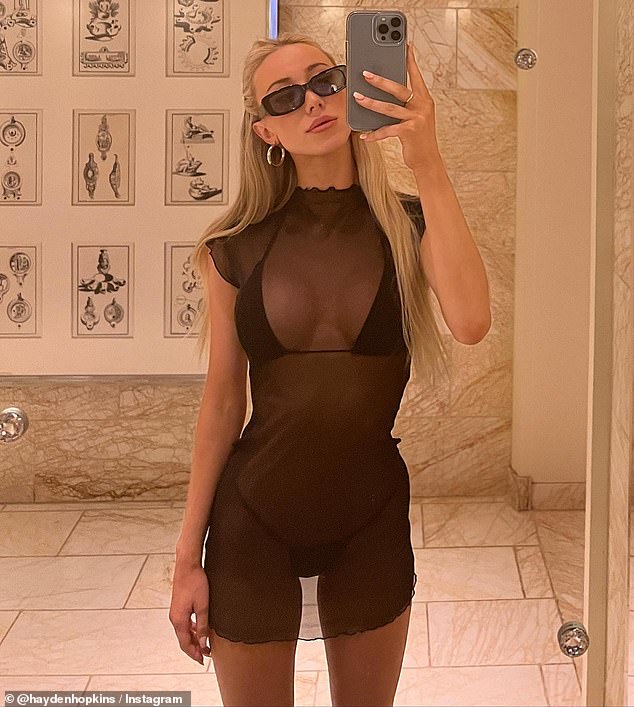 When she is not showing off her dance life, Hopkins tends to post photos of her slim figure in bikinis 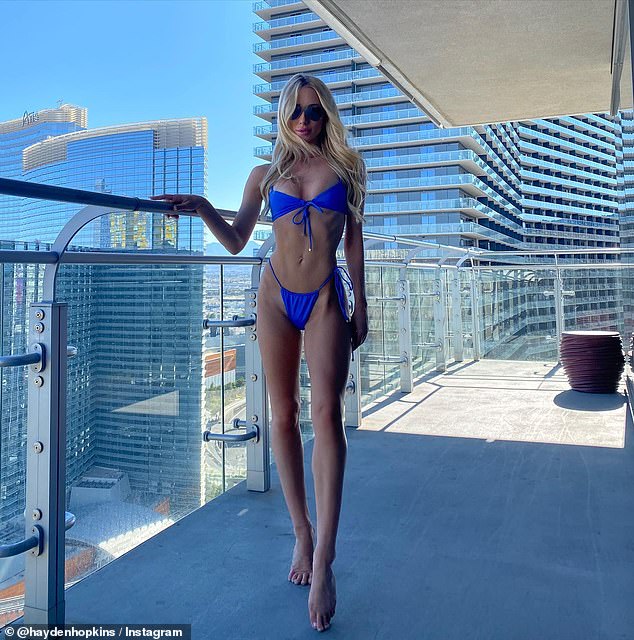 When she is not posting about her latest dance moves or showing off her flexibility, she tends to show off her slim figure in bikini photos.

She posted a video of herself dancing on the Treasure Island stage preparing for a performance on Tuesday night. 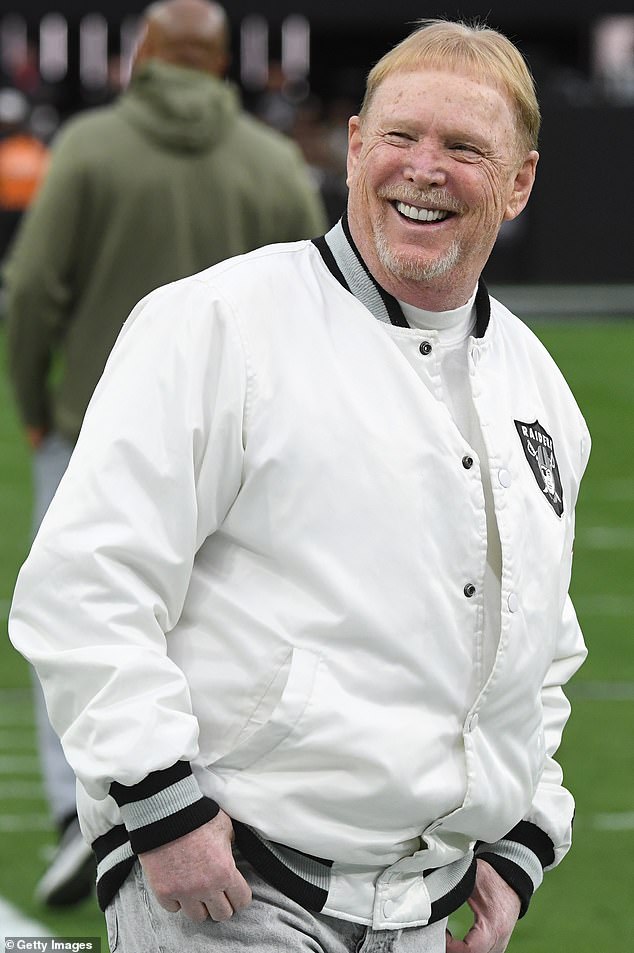 This comes after the Raiders had a rough month last month and were on a losing streak.

Davis had publicly backed his head coach Josh McDaniels following one of the Raiders loss to Indianapolis in November.

It marked another loss in a close game for the Raiders that saw starting quarterback Derek Carr become emotional while speaking to reporters following the game.

However, Davis stood up for his coach as he insisted McDaniels was doing a ‘fantastic’ job, despite the humiliating loss.

‘As far as Josh goes, I have no issues,’ Davis said. ‘I’m getting to know him a lot better. When you sign someone to a contract, don’t you expect him to fulfill the contract?’

‘I like Josh. I think he’s doing a fantastic job. You have to look at where we came from and where we’re going.’ 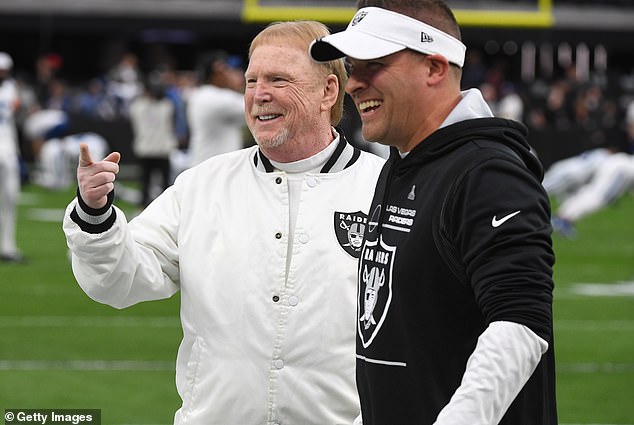