The mystery of a strange pattern that appeared on the weather radar Monday and caused much discussion on social media has not yet been solved.

The National Weather Service in Paducah, Kentucky spent hours trying to figure out how to explain the cause just before 3pm local time on Monday.

The pattern was unusual because there wasn’t a drop of rain in the region. The skies were clear and temperatures were in the 20s.

The pattern was identified in the Indiana-Illinois-Kentucky tri-state area. Radar showed what looked like a ‘blob’ that expanded in length and moved southward.

So far the National Weather Service has not been able to definitively identify what the pattern is.

All kinds of bizarre guesses as to what the blob could be emerged on social media with people claiming it could be a flock of birds, aliens or residue the government uses to control the weather.

Chaff is a radar-jamming material sometimes used during training exercises.

The Courier and Press reported that military bases are located near the areas where the blips appeared in Fort Campbell in Kentucky and Scott Air Force Base in Western Illinois.

But if this was a case of military chaff and it did come from a C-130, the plane didn’t come from either of those bases.

‘Whatever aircraft it was, it was not a Scott Air Force Base craft,’ Master Sargeant Thomas Doscher said Tuesday morning.

A spokesman for Fort Campbell wasn’t as unequivocal, but said he didn’t know of any such operation.

The only way the plane could have come from Fort Campbell, he said, is if it was involved in a secret special forces exercise.

Now questions remain as to where the plane came from and whether someone intentionally was releasing chaff into the atmosphere. 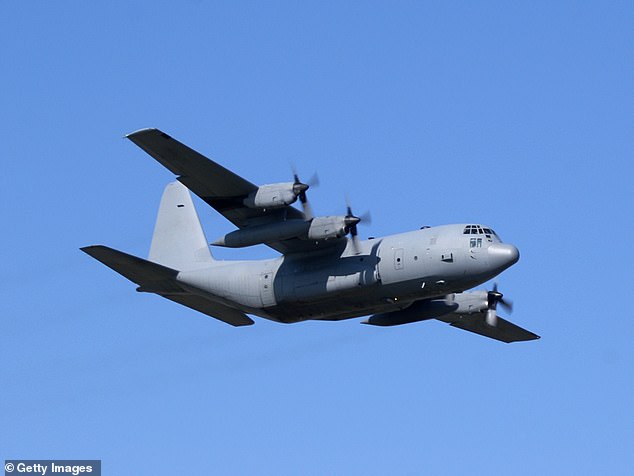 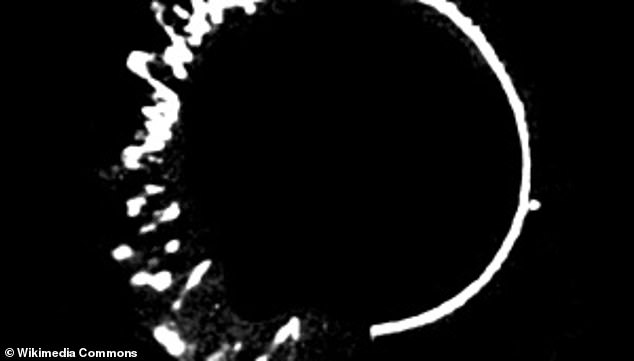 Chaff is a bundle of radar reflective material made up of aluminum strips or bundles of metalized glass fibers. The effect of chaff (above) on the display of a Würzburg Riese radar

Military aircraft send chaff into the air in order to fool radar operators.

Fighter jets and other military aircraft use chaff to make it hard for radar-guided missiles to hit them.

The region is what’s known as a Military Operations Area (MOA). An MOA is a designated piece of airspace which is used for military aircraft training activities.

The Red Hills MOA is a relatively large bit of airspace that encompasses Illinois and Indiana.

Nonetheless, it is unusual for a C-130 to release chaff at a relatively low altitude.

It is also strange for the chaff to stay airborne for that long and remain intact in a cohesive formation for almost half a day.