Video footage has emerged showing a mother-of-five from Georgia moments before she fell off a balcony to her death during an adult slumber party last fall.

Tamla Horsford is seen in the video inside a home in Forsyth County, Georgia last November.

Her death became public knowledge last week after a court employee, Jose Barrera, accessed documents related to the case, according to WSB-TV.

Barrera was fired from his job for accessing the documents.

The party was held at the home of Barrera’s girlfriend.

At one point during the party, Barrera found Horsford lying face down in the backyard. She was unresponsive.

Tamla Horsford is seen in a video inside a home in Forsyth County, Georgia last November – moments before she died after falling off a balcony in the backyard. Her death was ruled an accident

‘She’s lying in the yard, basically on the patio downstairs.. She’s not moving one bit. She’s not breathing,’ Barrera told 911.

‘I’m noticing a small cut on her right wrist. She’s not breathing whatsoever. I don’t know if this cut was self-inflicted.’

The death certificate issued by the coroner listed the death as an accident.

The coroner determined that Horsford suffered from multiple blunt force injuries caused by the fall.

But her best friend, Michelle Graves, does not accept the coroner’s findings.

She noted that Horsford had suffered injuries all over her body, according to the medical examiner.

‘It’s impossible to get the injuries that she had from one fall,’ she said.

On social media, the hashtag #TamlaHorsford and #JusticeforTamla have been trending in recent days.

Many of the social media posts express outrage that there has been very little media coverage of the death of a black woman.

One outraged Twitter user tweeted: ‘40 year old black football mom tammy went to a “football mom” sleepover with 7 white women & she was found dead beaten up. also, 3 men were also at the sleepover.. WHERE IS THE NEWS COVERAGE OF THIS STORY?!’

‘We’re glad we’re not the only ones who feel there’s something awry with the story and with how she lost her life,’ Graves said. 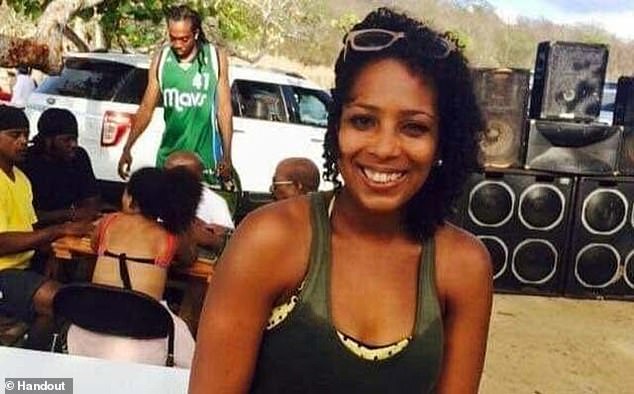 The Forsyth County Sheriff’s Office said it will release the results of toxicology reports that were conducted this week.

A lawyer presenting Barrera’s girlfriend released a statement which read: ‘At this time, our client, as well as each person who was present on November 4, 2018, has completely cooperated with law enforcement officers in attempting to give the family and friends answers with regards to the tragic death of Tamla Horsford.

‘Every aspect of our client’s life has been investigated. She has provided answers to every question asked by the Forsyth County Sheriff’s Office.

‘Although the investigation has not been closed, to the best of our knowledge, Ms. Horsford’s death certificate has been issued by the Forsyth County Coroner.

‘According to the coroner, the official cause of death was determined to have been caused by an accident fall from a residential deck.

‘In addition, the death certificate also states that acute ethanol intoxication was a significant condition contributing to Mrs. Horsford’s death. 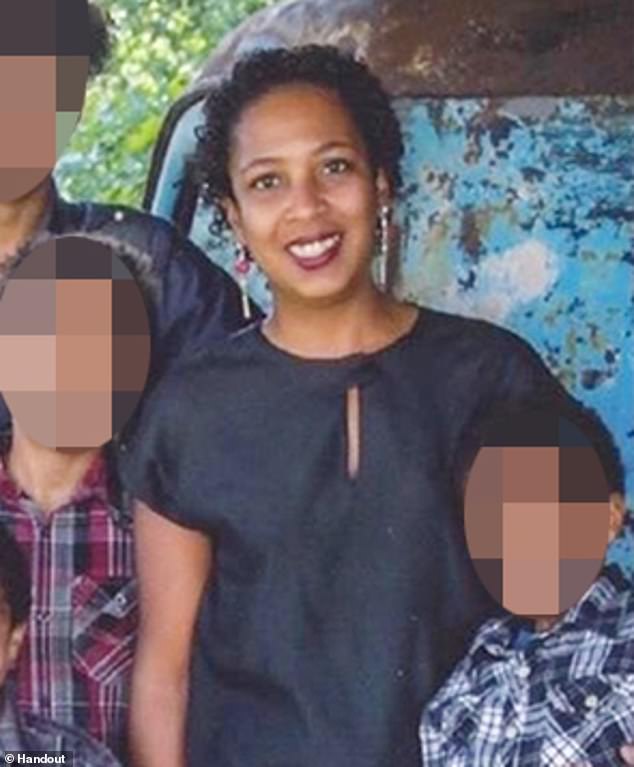 ‘At this time, each of the partygoers and their families have received death threats on various social media postings.

‘The threats need to stop.

‘This tragic accident is exactly that, an accident. It is unfortunate, sad, and unbelievably heartbreaking to her family and friends.

‘However, certain very vocal friends and family members of Mrs. Horsford have been describing this accident as “murder.”

‘Nothing could be further from the truth.

‘We are asking for the community and media to please respect the privacy and safety of our client and others who were at the party.’