Mystery surrounds the discovery of a secret cliff tunnel hidden beneath a Sydney lighthouse.

Stunning drone images have emerged for the first time of the tunnel’s entrance, which lies below the Macquarie Lighthouse at Vaucluse, in the city’s east.

But while the entrance has been uncovered, it is not yet clear where the tunnel leads to or for what purpose it was used for.

The incredible find came through a partnership between Macquarie University and the Sydney Harbour Federation Trust in the lead up to the 200th anniversary of the Lighthouse, which will be marked on November 30. 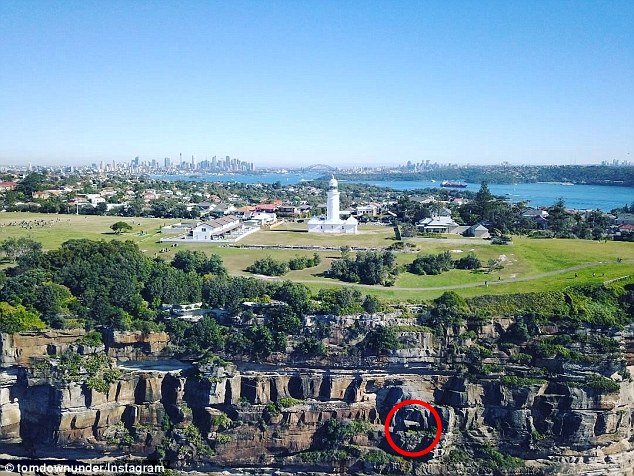 The cliff tunnel lies below the Macquarie Lighthouse, in Vaucluse, in the city’s east

‘They told us about the tunnel on the cliff and said that it existed. At that stage we decided to make it a bit of a focus of what we were doing and our technology. We went looking for it and to image it a bit better.

‘We took some ground penetrating radar with one of our academics from earth sciences to see if we could find the entrance.

The drone images were used to create a 3D reconstruction of the tunnel entrance using new technology developed by Macquarie University.

With the entrance found, albeit with a collapsed concrete roof, Mr Rampe and his team are now working through the radar data obtained.

It was thought the tunnel, which has some electrical cabling to the right of the entrance, was an abandoned WWII emplacement – but that thinking has changed.

‘Working with a historian, we assumed it was from WWII and everyone thought it was from WWII but anecdotally since the story broke there’s been a few citizen history stories and people that have contacted us that allude to it existing pre-WWII,’ Mr Rampe said. 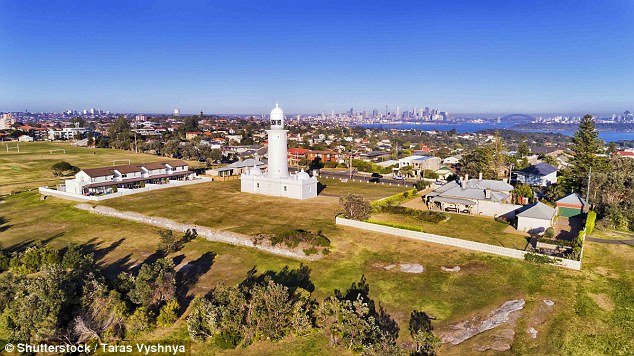 ‘Whether it was in placement or not, we don’t know but certainly the story isn’t finished, let me put it that way.

Mr Rampe said some of those eyewitness accounts related to being able to venture inside the tunnels and see ships as they approached Sydney Harbour.

The Lighthouse will be a focal point of this year’s Sydney Open event, with those lucky enough to snare a ticket to a tour of the facility able to undertake a ‘Virtual Reality experience of the stunning Vaucluse cliff face and panoramic city views’.

The Lighthouse, which was designed by convict architect Francis Greenway and built in 1818, still acts as a beacon for sailors entering Sydney Harbour.