By Paula Ahillon and Alana Mazzoni For Daily Mail Australia

Mystery continues to surround the deaths of two fishermen who were found inside a boat after it collided at speed with an unknown object at night.

Adam Garde, 39, and his father-in-law, Norm Martin, 59, died after their six-metre catamaran hit an object submerged in the water north of Yeppoon in Queensland at about 11.30pm on Friday.

The object, which tore apart the front of the boat, is yet to be confirmed by police. 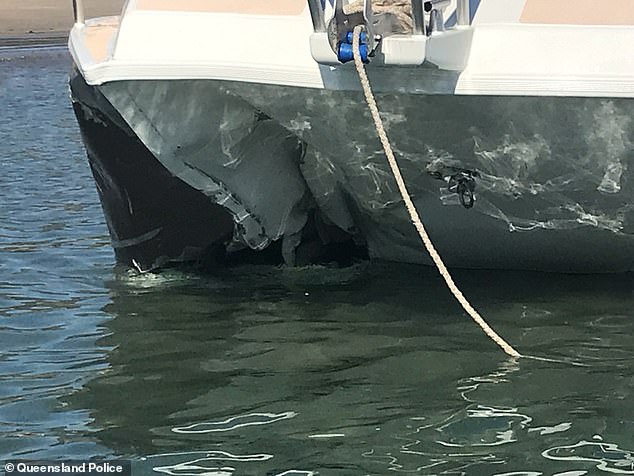 The object, which caused significant damage to the boat, is yet to be confirmed by police

The two deceased men were the only people on-board the boat, which was found drifting near the mouth of Island Head Creek at Shoalwater.

Shocked family and friends took to Facebook to express their shock after the sudden loss of life.

‘Wow thats [sic] tragic and thinking of the families of these poor men,’ one wrote.

‘Pretty sad … coulda [sic] been any of us. Definitely a shock to the wider fishing community,’ another write. 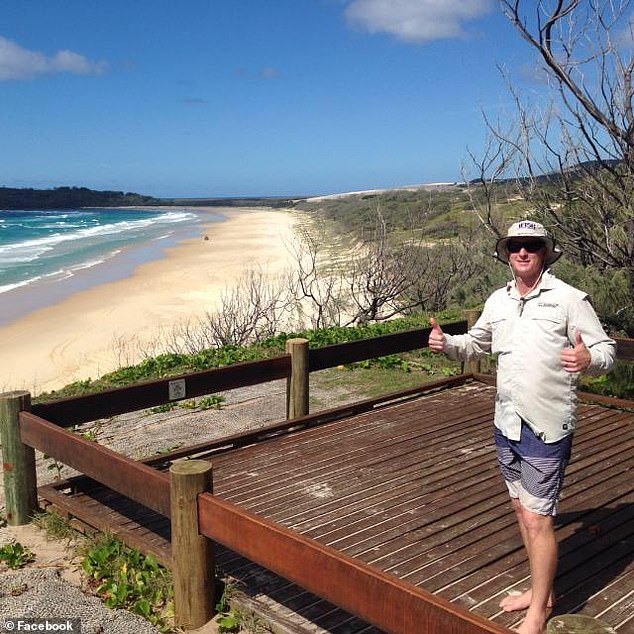 Adam Garde (pictured), 39, and his father-in-law, Norm Martin, 59, died after their Sailfish 3000 collided with an object on the north of Yeppoon in Queensland

Mr Garde was remembered as a ‘very well known bloke’.

‘The whole of Emerald is in shock. Terrible news for such a good guy,’ one user wrote.

‘Condolences to family and friends. A timely reminder to stay safe while on the water people,’ another wrote. 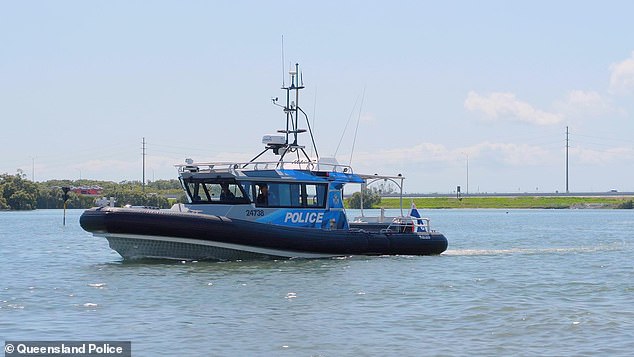