National Australia Bank has promised to compensate customers who suffered financial hardship as a result of their system crashing on Saturday.

NAB customers across Australia were left without access to their own money after the bank’s system crashed, including NAB ATM’s, EFTPOS and online banking.

‘If there was a loss that was driven by the outage today, then compensation will be provided to customers,’ she told 9 News.

‘Every customer has the opportunity to come and talk to us about the impact they’ve had specifically on their business and our intention is to work with each and every one of them.’

She said the system crash was a result of a ‘series of failures’ which also impacted the company’s phone lines. 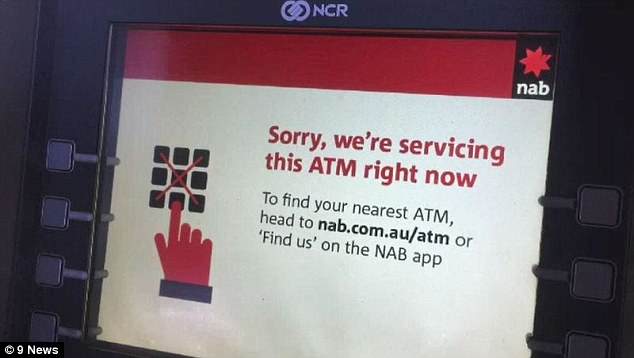 Ms Batchelor also wanted to reassure customers that the incident was an extremely rare occurrence, and NAB always tried to provide a ‘reliable service’.

Chief Customer Officer Business and Private Banking Anthony Healy also issued an apology for the incident and said they had ‘let customers down’ ABC News reported.

‘I want to apologise to those who are out trying to do their shopping on a Saturday morning, and particularly our merchants [who] are trying to do business and maintain banking services for their customers,’ he said via NAB’s Twitter account. 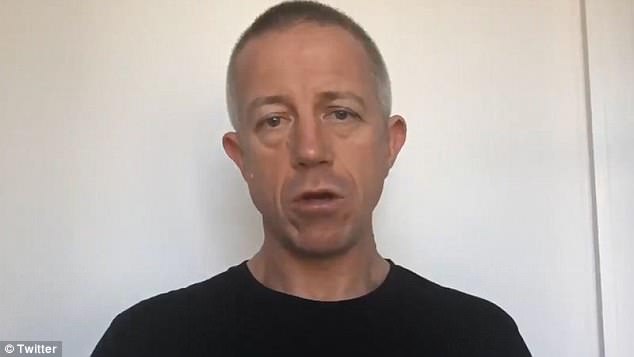 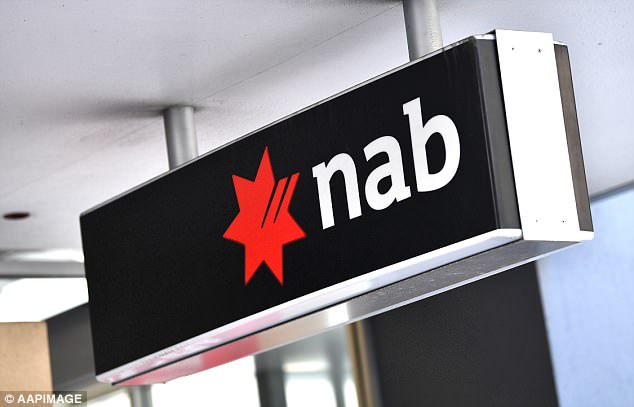 The outage began about 8am on Saturday, leaving thousands stranded without cash.

Furious customers took to social media to complain about being unable to pay for items such as fuel or food.

Others said they were unable to pay for taxi fares overseas.

The outage hit Australia at about 9.30am, leaving many doing the grocery shopping unable to pay without cash

‘Sorry this has happened on a Saturday everyone. Systems are still affected but for purchases only.

‘Our teams are working to fix this as soon as possible. We’re sorry for the inconvenience.’

Hundreds of people have taken to Twitter to vent their frustration with the company, many claiming to have to put the trolleys of groceries on hold at the supermarket.

‘Have had to leave trolley full of groceries as couldn’t pay. Will have to find the time to go shopping twice. Just glad I wasn’t at a cafe and not able to pay,’ someone explained.

‘Currently I’m sitting at an airport unable to get foreign money and will be landing not knowing if my credit card or debit card work in the Middle East!,’ one wrote (pictured)

‘Thanks guys, I can’t buy medications that I desperately need. Your apologies mean nothing to my health,’ another claimed (pictured)

‘Thanks guys, I can’t buy medications that I desperately need. Your apologies mean nothing to my health,’ one wrote.

‘Currently I’m sitting at an airport unable to get foreign money and will be landing not knowing if my credit card or debit card work in the Middle East!,’ another shared.

‘Beers on NAB when this s*** is sorted,’ someone suggested. 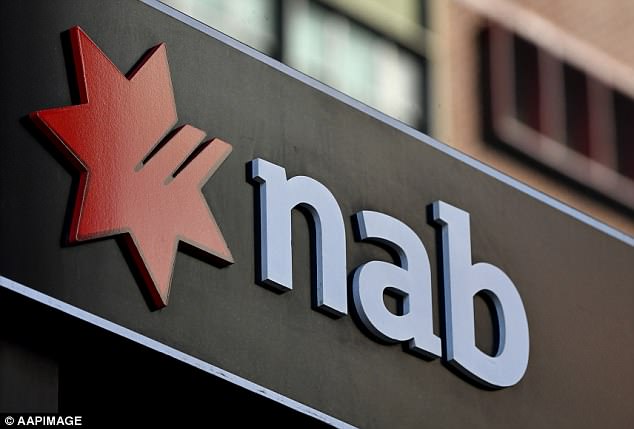