The YouTube clip lasts for just 45 seconds. It is from a game in March 2018 when RB Leipzig hosted Bayern Munich and its star is Naby Keita.

You wouldn’t be able to boil a kettle in the time it takes to watch from beginning to end but in those 45 seconds, Liverpool fans were given a glimpse of what Keita – who had been signed the previous August for £52.5million – could potentially bring to their team.

First there is a goal, swept in with his left foot after a surge into the area, that gives RB Leipzig parity; then comes a pass, perfectly delivered into the path of Timo Werner, which secures the winning goal and ensured Keita was on the end of a thunderous ovation. 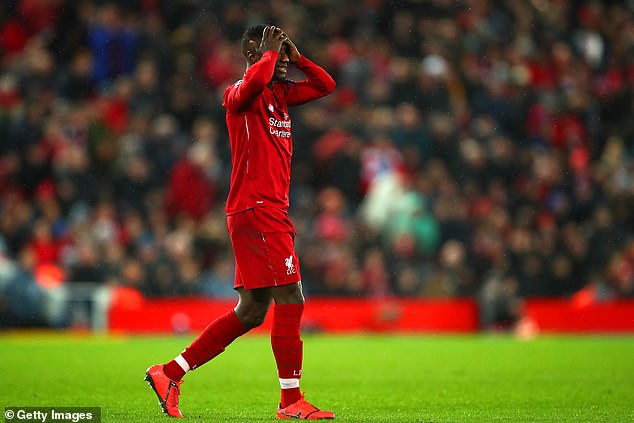 With the benefit of a kinder bounce here or there, Keita could have left the field a hero

It is not unfair to say that Keita has not produced anything so dynamic since he arrived on Merseyside. There have been injuries, confidence issues and a lack of rhythm as he has tried to acclimatise to the demands of the Premier League.

Keita has, however, improved over the course of the last month and his reward was a fifth consecutive start, this one coming against a familiar rival; what Jurgen Klopp would have done for the Guinea international to reproduce those heroics in Anfield’s biggest game of the season.

He was substituted early but it was not a performance reflective of a player who was lost in the frenzy. Keita was in the thick of the action from the outset and with the benefit of a kinder bounce here or there, could have left the field a hero. 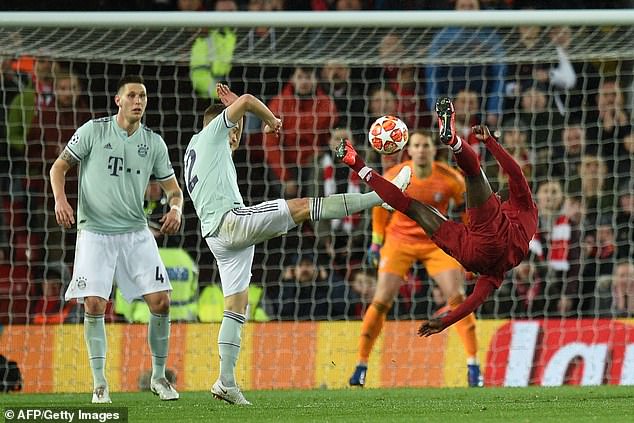 There is no doubt the 24-year-old remains a work in progress but he was always involved, starting in the 16th minute when he helped the ball along to Sadio Mane but saw the Senegal flyer crash his drive into the advertising hoardings.

A thunderous tackle from the hulking Niklas Sule blocked his way to goal in the 33rd minute and there was another pass in the 53rd minute that was a fraction away from being perfect for Andrew Robertson, as he charged towards goal.

The talent is evidently there. Keita just needs a big moment in a big game to really take off.