A nail salon worker at a Sydney Westfield has tested positive for coronavirus.

The female staff member was infectious while working two shifts at the shopping centre in Hurtsville, in the city’s south, last week.

A nail salon worker at a Westfield Hurstville (pictured), in Sydney’s south, has tested positive for coronavirus

‘This person is associated with the funeral cluster from south-west Sydney,’ Dr Sheppeard said in a statement.

‘The business conducted a deep clean and public health officers confirmed appropriate cleaning and other COVID-Safe measures were in place.’

Dr Sheppeard said there was no greater risk to shoppers at Westfield Hurstville.

Close contacts of the nail artist have been contacted and directed to self-isolate for 14 days. 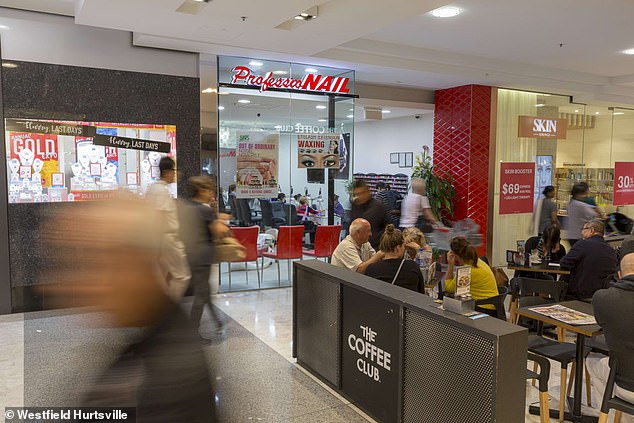 In addition, one case is a staff member at the Apollo restaurant in Potts Point, one case was acquired in Victoria, and one is a returned traveller in hotel quarantine.

NSW Premier Gladys Berejiklian said the coming weeks will be critical for managing the recent and renewed spread of the virus, which has been linked to a second wave outbreak in Victoria.

Five COVID-19 patients are in intensive care, with one on a ventilator. 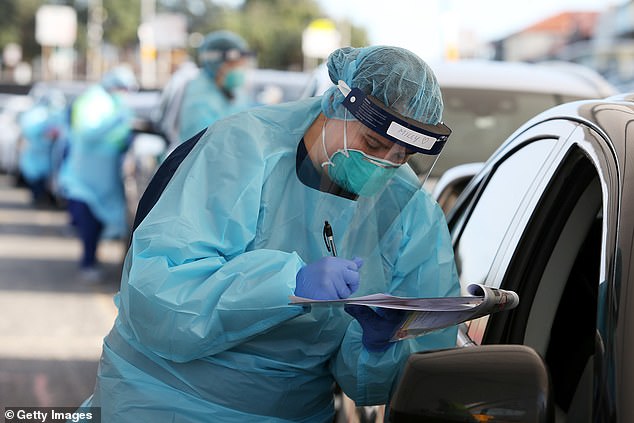