Nancy Pelosi challenged over her age days after ‘slurring her words’

Nancy Pelosi has defended the role of older politicians after a being asked whether it was time to make way for younger people to run for office.

The issue of her age comes as she appeared to slur her speech while making garbled statements during a press conference with education union leaders.

The 78-year-old House Minority leader was challenged by Mary Pat Linnen at a CNN Town Hall over the fact that half the senators running for re-election this year are over 65 years old.

The House Minority leader was urged to make way for younger politicians, during a Town Hall 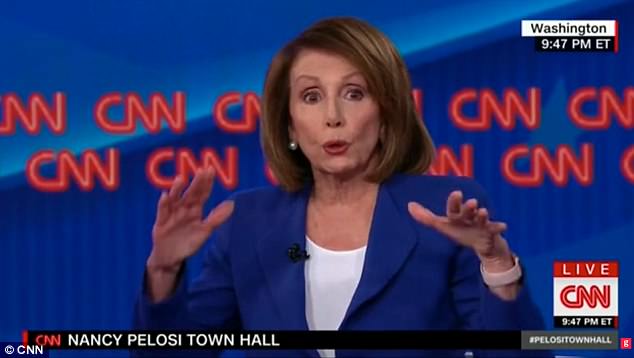 ‘If they win, their term of service will be six years,’ she said.

‘Their constituents are about 20 years younger. Isn’t it time for some members to return to private service and to encourage younger folks run for office.’

Pelosi first replied: ‘Should I take that personally?’ and then went on to say she ran for office after raising her five children.

‘The fact is that Congress has a seniority system. So people in different regions want to make sure that the people who represent them are in a senior position to help express their views. The concerns of their region.

‘But I’ll take it personally and say that as a woman who came to Congress later because I raised my five children before I decided to accept the opportunity to run for Congress, so lots of times women are a bit older because they’ve been raising their children.

‘Now I’m happy because lots of young women are running with young children and trying on make it as family friendly as possible.

‘But for me, I don’t think age has that much to do with it. I think it is about, especially as a woman.’ 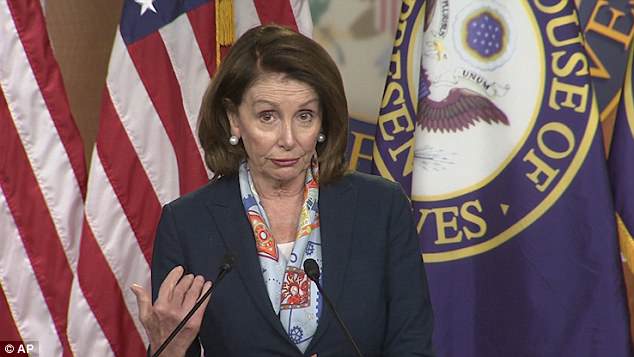 During a press conference, Pelosi was accused of slurring her words 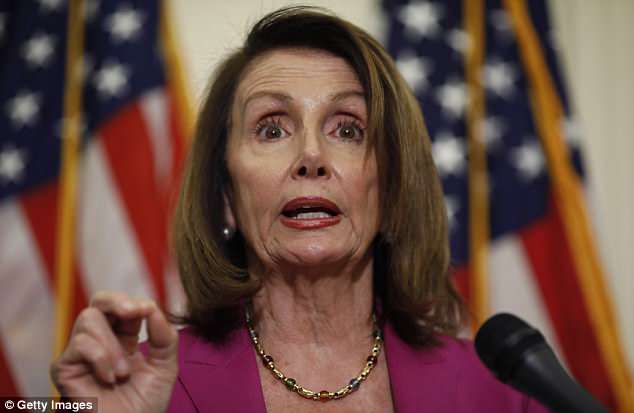 Pelosi said the way politicians justified their existence was the ‘democratic way’ and ‘the important thing is to have the mix at the table’.

Meanwhile, critics have attacked Pelosi over appearing to stumble over her words as accused Republicans of wanting to slash education budgets.

‘The investment that we make in our teachers and the education of our children is the most important investment families can make, teachers can make…in wanting that for their children,’ she said.

She was also accused of talking ‘gibberish’ when saying US farmers had suffered ‘self-inflicted’ damage over Trump administration’s proposed tariffs.