Cokie Roberts, the veteran journalist who covered politics for decades, was remembered by friends, family, and politicians at her funeral in downtown Washington, DC on Saturday.

Roberts, who is best known for her years as co-host of ABC’s This Week, died on Tuesday at the age of 75.

She had been diagnosed with breast cancer and was reported to have suffered complications.

The funeral mass was held for Roberts at the Cathedral of St. Matthew the Apostle, which is also the site of John F. Kennedy’s funeral in 1963.

Among those in attendance were Supreme Court Justice Sonia Sotomayor; Congressman Steny Hoyer; and former ABC News colleagues Sam Donaldson and George Will.

House Speaker Nancy Pelosi delivered the eulogy for her friend, Cokie Roberts, at a funeral mass at the Cathedral of St. Matthew the Apostle in Washington, DC on Saturday 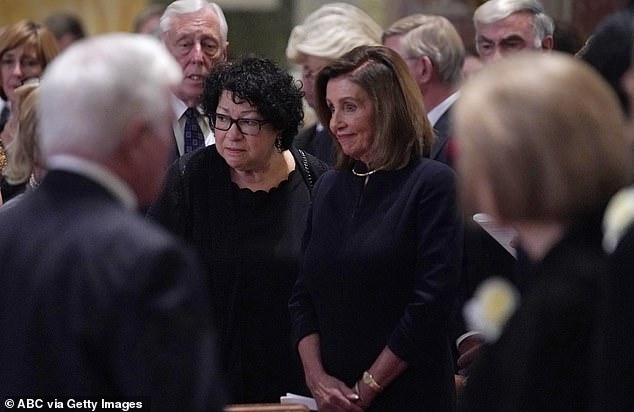 Pelosi is seen above alongside Supreme Court Justice Sonia Sotomayor. Congressman Steny Hoyer is seen standing behind Sotomayor at the service 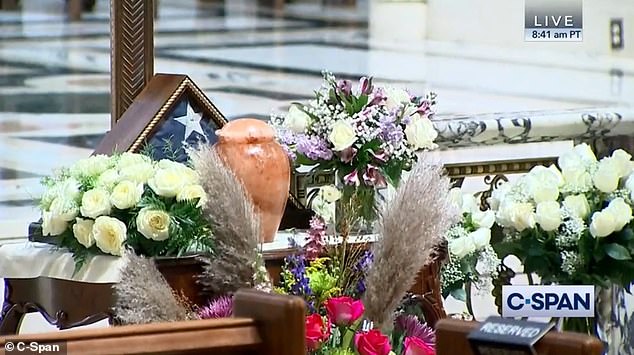 The urn bearing Roberts’ ashes is seen in the above photo taken on Saturday. A folded American flag is seen in front of the urn

Totenberg, Wertheimer, Stamberg, and Roberts are known as NPR’s ‘Founding Mothers’ – a group of female journalists who were at the news agency from its inception.

Pelosi said Roberts was ‘a national treasure whose passing is a great loss for America.’

‘Many honors are afforded to members of Congress, especially to the speaker, but nothing surpasses the honor of paying tribute to Cokie’s memory,’ Pelosi said.

‘The passing of Cokie Roberts is a great loss for all who are blessed to call Cokie a friend.

Pelosi made mention of Roberts’s rise to prominence as a female journalist in an industry dominated by men.

‘Her life and leadership took our nation closer to its fundamental founding ideal of equality,’ Pelosi said.

Roberts was married to another journalist, Steven Roberts, her husband of 53 years.

She is survived by her husband, two children, and six grandchildren. 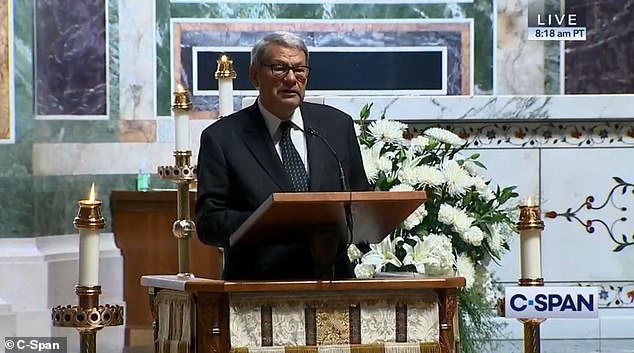 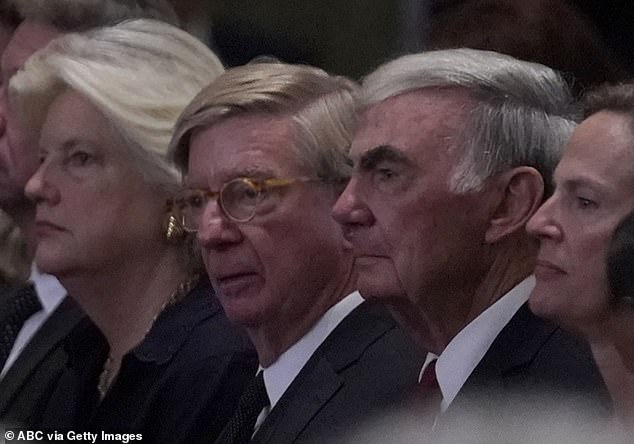 Roberts devoted most of her attention to covering Congress, where her father Hale Boggs was a House majority leader who died in 1972 when his plane went missing over Alaska.

Her mother, Lindy Boggs, took over his Louisiana congressional seat and served until 1990, later becoming ambassador to the Vatican.

Roberts co-anchored the ABC Sunday political show This Week with Sam Donaldson from 1996 to 2002.

She was most proud professionally of a series of books about women in Washington.

We Are Our Mother’s Daughters was about the changing roles and relationships of women. 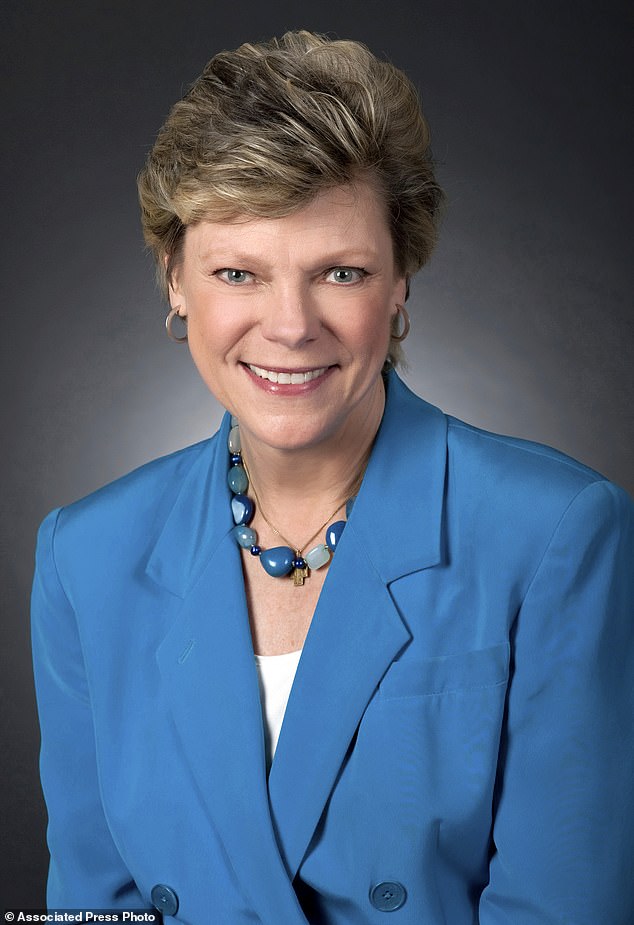 This 2010 photo released by ABC News shows Roberts in Washington. Roberts, the daughter of politicians who grew up to cover the family business in Washington for ABC News and NPR over several decades, died on Tuesday

She also wrote two books with her husband about marriage and an interfaith family.

Roberts, who earned her nickname because her brother couldn’t pronounce ‘Corinne,’ grew up primarily in Bethesda, Maryland.

She attended Wellesley College, and met her future husband at a conference for student leaders.

‘Journalism just kind of happened to me,’ she said in a 2018 interview with the Television Academy.

‘It wasn’t anything I had planned to do.’

But she got her start at a newsletter, worked in local news and filed stories for CBS News from Greece when her husband was stationed there as a correspondent.

She was bitten by the bug.

Settling back in Washington in the mid-1970s, she was hired to cover Congress for National Public Radio.

Obama said Roberts was a role model for women at a time the journalism profession was still dominated by men, and was a constant over 40 years of a shifting media landscape and changing world. 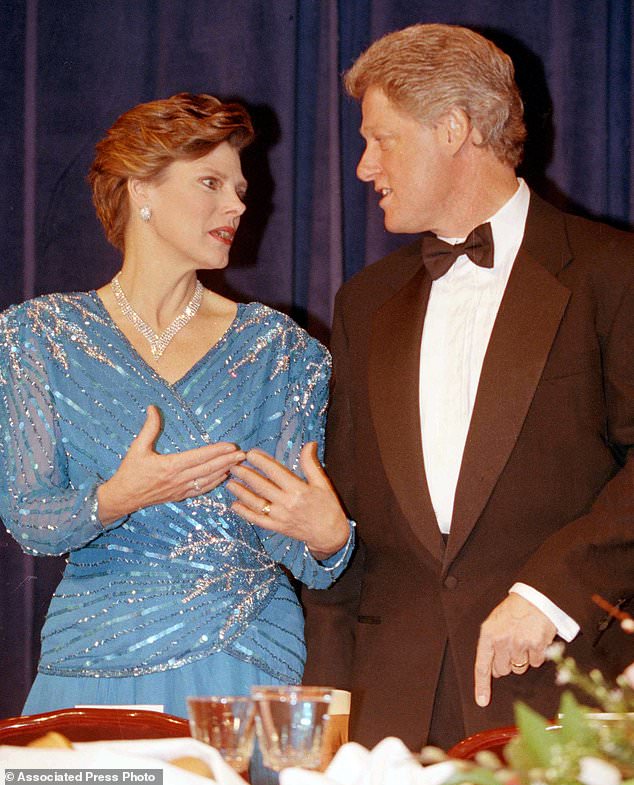 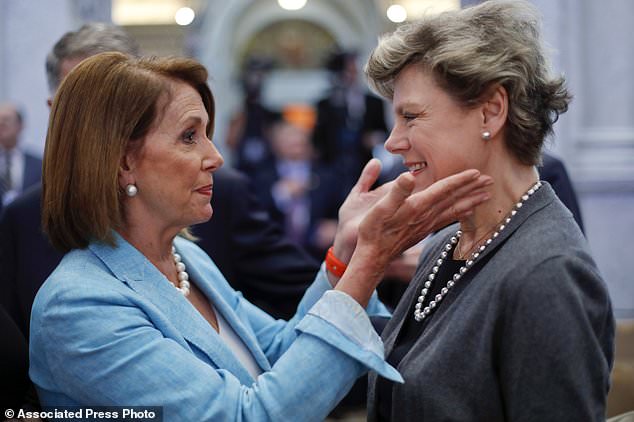 ‘We respected her drive and appreciated her humor,’ the former president said.

‘She became a friend.’

While staying at NPR, she started working at PBS on NewsHour and in 1988 joined ABC News.

She may be the only reporter to file stories for Morning Edition, All Things Considered, ‘World News Tonight and Nightline in a single day, said James Goldston, ABC News president.

After leaving as This Week host, she settled into a role as analyst and commentator at both news organizations.

She co-wrote a syndicated column with her husband, which got her into some hot water with NPR in 2016 when they called for ‘the rational wing’ of the Republican Party to reject Trump as their presidential candidate.

‘She never treated me nicely. But I would like to wish her family well. She was a professional and I respect professionals.’