Nando’s supervisor, 39, loses unfair sacking claim after tribunal rules sexual harassment allegations made against her after staff nights out were true

A Nando’s supervisor has lost her unfair dismissal claim after a judge rejected her argument that colleagues lied about her sexually harassing them on staff nights out to get her sacked.

Married Lauren Kelly, 39, was suspended from the restaurant chain after the claims of ‘inappropriate sexual behaviour’, which she claimed were fabricated.

But an employment judge today threw out her case, saying there was ‘no evidence the allegations were invented’ and that she had called evidence that ‘at least some were true’. 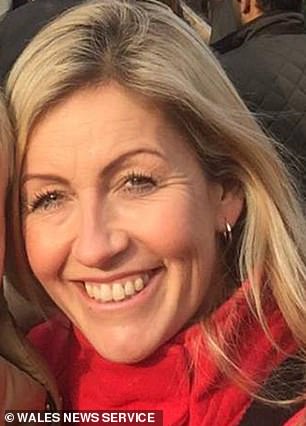 Lauren Kelly, 39, (seen right and on the left with her husband) was suspended from the restaurant chain after the claims of ‘inappropriate sexual behaviour’, which she claimed were fabricated

Mrs Kelly said she was stunned when senior managers of her store in Swansea, South Wales, told her she was accused of sexual behaviour.

The tribunal heard that three members of staff had made allegations – one of which amounted to sexual harassment.

An investigation revealed alleged forms of sexual harassment on staff nights out and at a Christmas party.

She told the tribunal: ‘I had no idea who had made the allegations. I was utterly devastated. I have never felt so down in my entire life. I was told to leave the restaurant.

‘I came very close to committing suicide that afternoon as I went straight to the bridge over the river.’

Mrs Kelly quit her job a day before her disciplinary hearing claiming that the accusations had ‘made her situation untenable’. 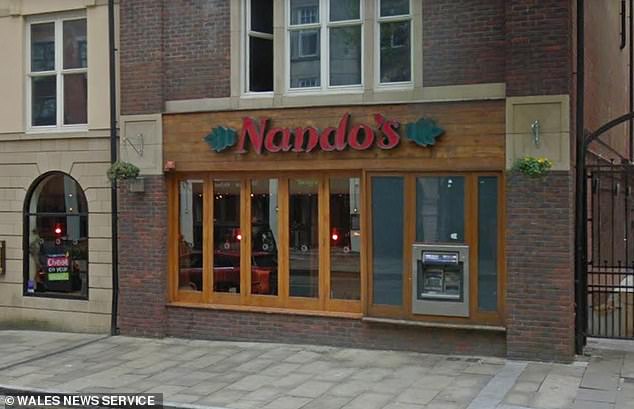 Mrs Kelly said she was stunned when senior managers of her store in Swansea, South Wales, told her she was accused of sexual behaviour

In her resignation email she claimed that the allegations were made up by staff worried she was going to whistleblow on their drug taking.

She also claimed staff were ‘persuaded or encouraged’ to make the allegations by managers.

Mrs Kelly, who joined the chicken chain in 2013, also claimed Nando’s failed to accommodate her depression and anxiety. 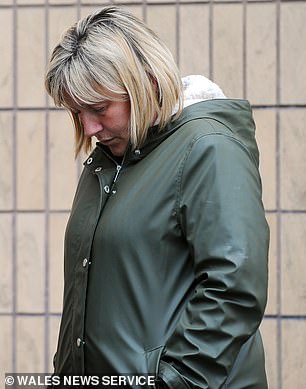 She also claimed she was made to feel ‘singled out’ with the restaurant left in a mess when she started shifts, staff finishing without completing tasks and little food stock being left for her.

‘I firmly believe these allegations were fabricated to get me removed from my position as I was about to raise the ongoing issues I had,’ she said.

‘By doing that, Nando’s failed in their duty of care. This is why I feel I have been constructively unfairly dismissed and have experienced disability discrimination.’

But the claims were dismissed by the employment judge Paul Cadney.

He said: ‘There is no evidence that the allegations were invented and indeed the claimant has called evidence that at least some are true.

‘It is unsurprising that members of staff who alleged that they were the victims of or had witnessed sexual harassment should have concerns about her.’

‘It follows that all the claimant’s claims must be dismissed.’