Naomi Osaka reached her second Grand Slam semi-final by dispatching No 6 seed Elina Svitolina at the Australian Open on Wednesday.

The 21-year-old Japanese star, who won last year’s US Open, beat her Ukrainian opponent 6-4, 6-1 to book a meeting with Serena Williams or Karolina Pliskova in the last four.

Osaka hit 25 unforced errors, compared to just 16 by Svitolina. But Osaka served with much more conviction and also hit 31 winners — 20 more than Svitolina. 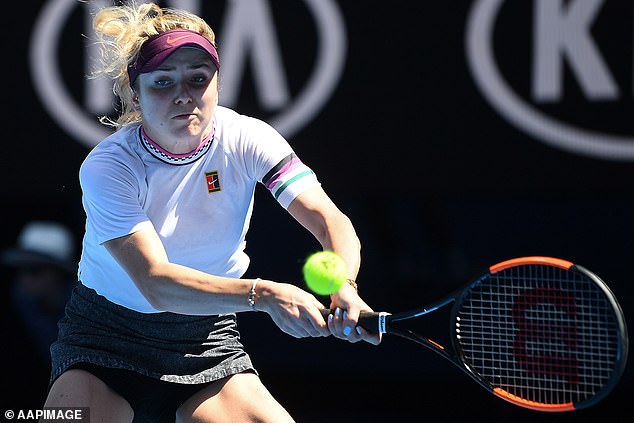 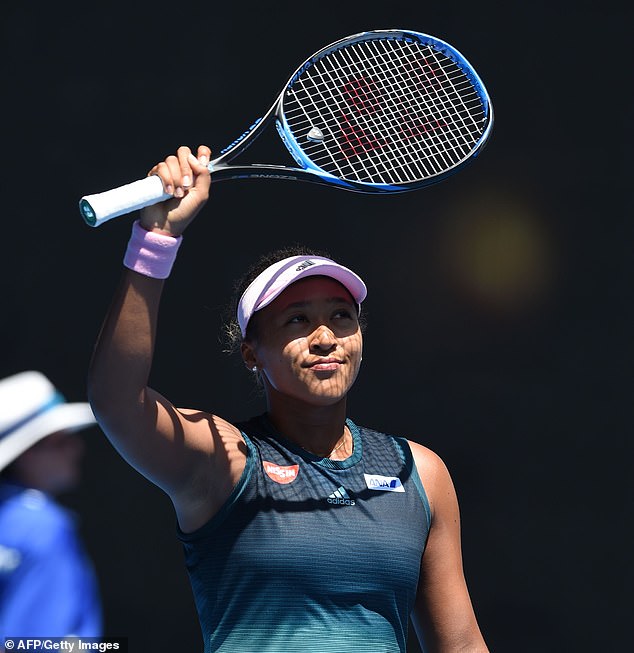 The first five games of the match went with serve, before the next five were all won by the receiver with Osaka converting her fourth set point to take the opener in 38 minutes.

Osaka had won her last 57 matches in which she won the first set and she never looked back.

After Osaka sealed the opening game of the second set with an ace, Svitolina kicked off with back-to-back double faults and was broken to 15.

Osaka then held again to move 3-0 ahead before Svitolina called a medical timeout, seemingly for a back complaint.

Svitolina opted to battle on but it was in vain as Osaka won three of the next four games to take the match.

Speaking on court afterwards, Osaka said: ‘I tried to be consistent or as consistent as I can be. She’s really good but unfortunately she was injured. But playing against her injured was really tough.

‘For me today I had one goal — it was to try as hard as I can and not get angry.

‘I didn’t do that well in the past two rounds, but I played well today.’ 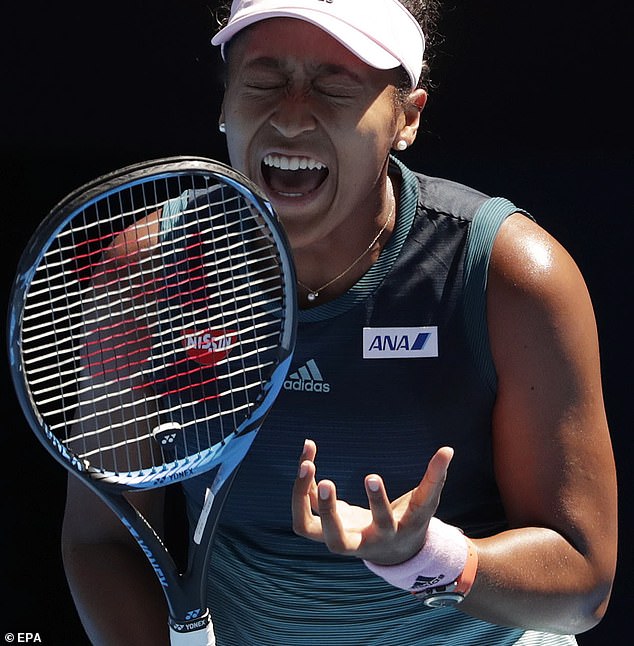 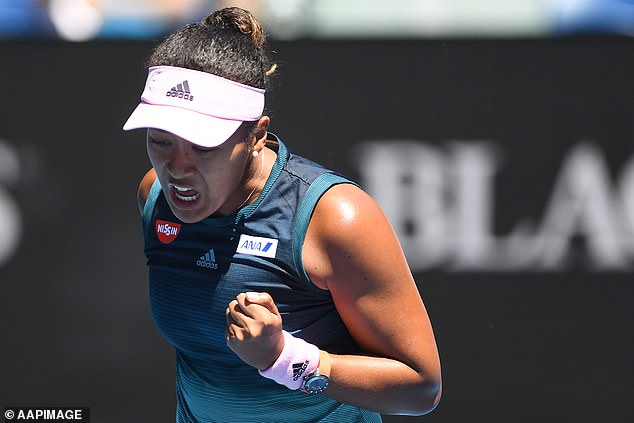 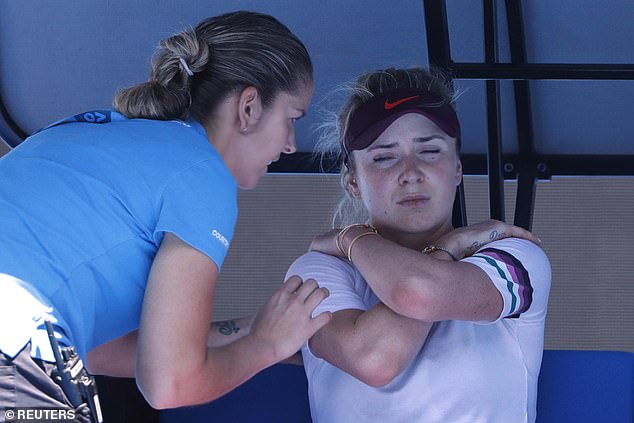