Japan’s Naomi Osaka fought back from a set down to beat Australian world No.1 Ash Barty 3-6, 6-3, 6-2 in the final of the China Open in Beijing on Sunday.

It was world number four Osaka’s second title in the Asian swing after clinching the Pan Pacific Open in Japan last month and she is yet to lose a match since her fourth-round exit at the U.S. Open, extending her run to 10 victories.

In a battle between two of the year’s Grand Slam champions, Australian Open winner Osaka broke the reigning French Open champion Barty three times and dropped serve only once in the one-hour-50-minute encounter.

Naomi Osaka fought back from a set down to beat Australian world No.1 Ash Barty in Beijing

It was Osaka’s second win over a fellow Grand Slam champion at the tournament after she beat U.S. Open winner Bianca Andreescu in another three-setter in the quarter-finals.

The opening set went with serve until Osaka made three double faults in one game to give Barty a 4-2 lead, after which the Australian served out the set, saving a break point along the way. 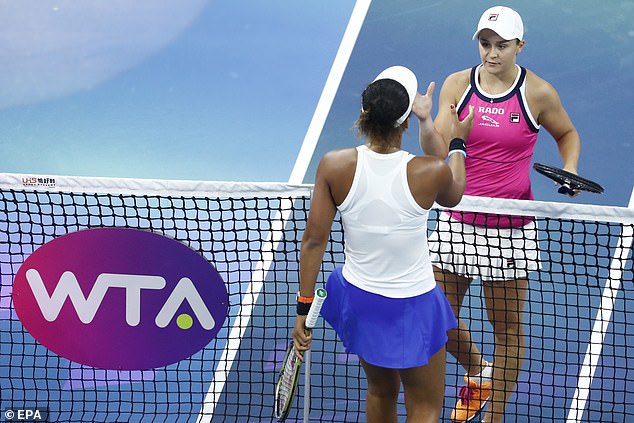 ‘Basically I was telling myself to keep fighting even though my attitude was really trash – ‘this is a final, I’m really privileged to be here in the first place, so keep fighting!” Osaka said.

‘I feel like I wasn’t that calm here (at the tournament). I threw my racket, like, once every match. I really wanted to win here, I felt like I had something to prove.’

The Japanese turned the tables in the second set when she broke back to take a 4-2 lead. At 30-all, she unleashed a backhand return to bring up a fourth break point and then forced Barty to hit her forehand long.

Osaka did not concede a single break point in the second set and took it into the decider after closing out on her serve.

She then upped the tempo right from the opening game of the third set with long baseline rallies which forced Barty into making mistakes, earning the fourth seed a break of serve. 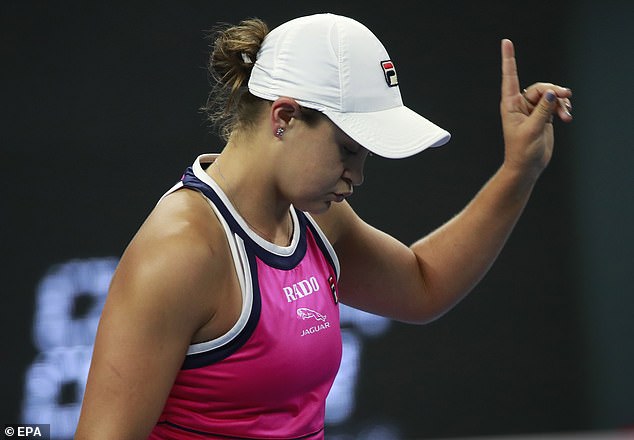 A poor service game from Barty when she was down 4-2 in the third saw her broken to love as Osaka won eight points in a row to take a 5-2 lead and serve for the title.

Barty managed to save one match point in the final game but Osaka took to the baseline again to out-rally her opponent, wrapping up the encounter and levelling their head-to-head record at 2-2.