She’s been busy filming scenes for the long-awaited Game of Thrones prequel, Bloodmoon.

But Australian actress Naomi Watts enjoyed a well-deserved break on Friday, as she spent time with her 10-year-old son Samuel Kai Schreiber in New York City.

The King Kong actress, 50, was spotted enjoying a heart-warming mother-son moment with her boy, holding his hand as the pair walked down the street.

So cute! Naomi Watts (right) planted a kiss on the cheek of her son Samuel (left) as the duo spent some quality time together in New York City

She then leaned over and kissed Samuel – who goes by his middle name, Kai -on the cheek, with his stern reaction clear for all to see.

She teamed the sweater with a mid-length denim skirt, dressing down the look with a pair of white trainers. 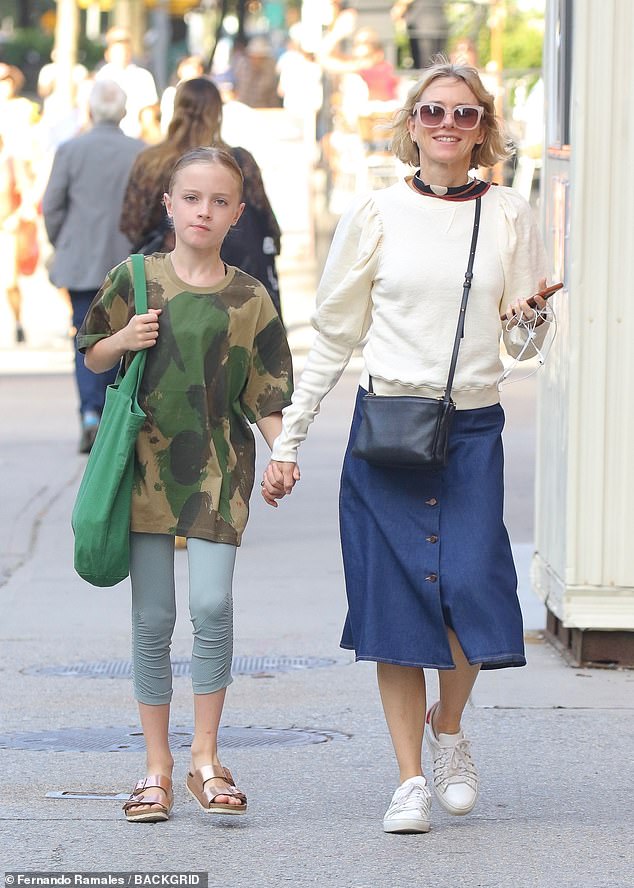 Fashion icons! The stylish pair held hands as they sauntered down the street on Friday, with Naomi rocking a jumper and midi-skirt combo, while her son went with an army print T-shirt and blue leggings

Meanwhile, her son oozed style in an army-print T-shirt and blue leggings.

Looking casual and comfortable, Kai complimented his look with a pair of thick-strapped sandals and an oversized green bag.

Naomi shares custody of Kai and her eldest son Sasha, 12, with her ex-partner Liev Schreiber. The former couple split in 2016 after more than a decade together. 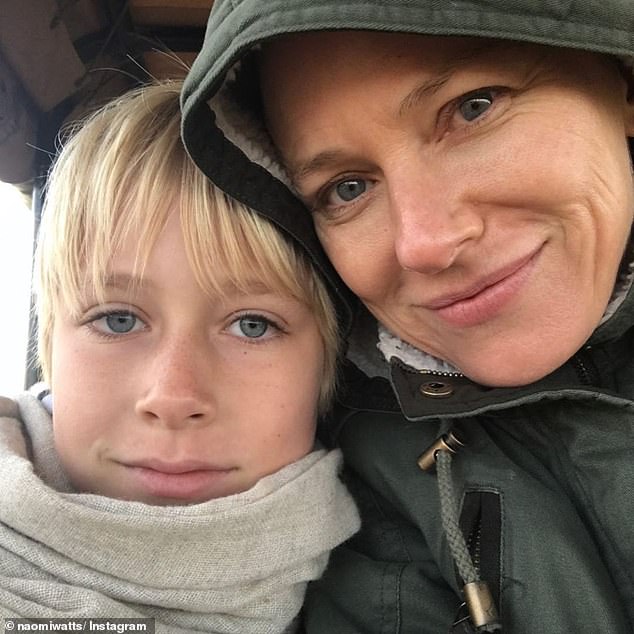 Family: Naomi shares custody of Kai and her eldest son Sasha (left) with her ex-partner Liev Schreiber. The former couple split in 2016 after more than a decade together

Speaking to Harper’s Bazaar in August, Naomi revealed how their break-up had changed the family dynamic.

The English-born star said that she and Liev, whom she never married during their 11-year relationship, are ‘better friends’ now than when they were together.

‘Liev and I always knew we had to put the kids first and that, no matter what, we would respect each other and take care of each other in the best way going forward for the benefit of our children,’ she said.

‘And we’ve kept things in a great space. We’re easy with each other and we want the best for each other. Our friendship is better now than it ever was.’ 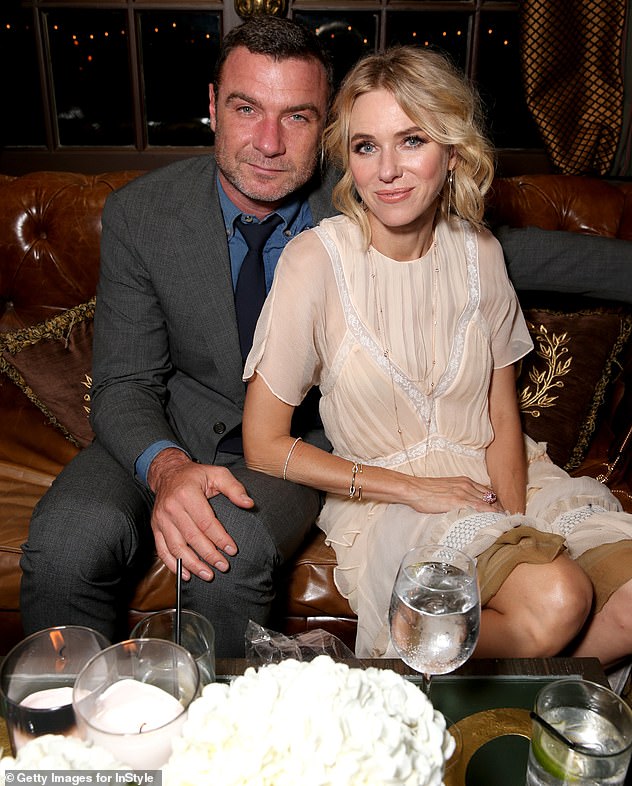 ‘We put the kids first’: Naomi said in August that she and Liev (left), whom she never married during their 11-year relationship, are ‘better friends’ now than when they were together