Napoli swept aside Red Star Belgrade with a typically entertaining performance as two goals from Dries Mertens helped them to a 3-1 win over the former European champions in their Champions League match on Wednesday.

Napoli stayed top of Group C with nine points from five games while the Serbian champions, on four points, were eliminated after shipping 13 goals in their three away games.

The win was not enough to guarantee Napoli a place in the round of 16 as Paris St Germain beat Liverpool 2-1 in the other game, leaving the French side on eight points and Liverpool on six. 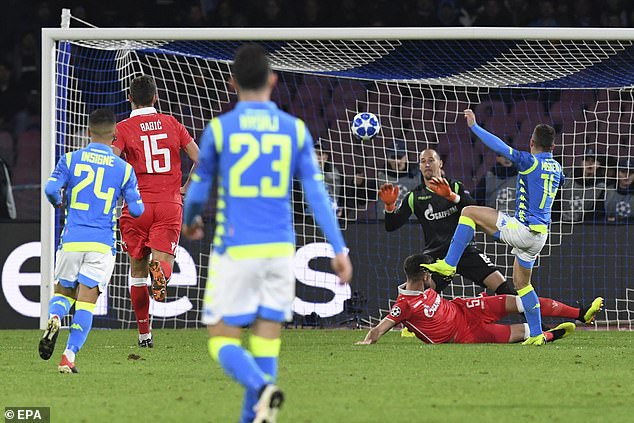 Napoli visit Liverpool in their last match, having won 1-0 at home.

Napoli were quickly into their elegant stride and nearly grabbed an early lead with a delightful move.

Kalidou Koulibaly sent Jose Callejon away down the right and his low shot was back-heeled towards goal by Mertens but blocked by goalkeeper Milan Borjan.

It did not take long for Napoli to go ahead although it was from a much simpler move as a corner was flicked on by Nikola Maksimovic, allowing Marek Hamsik to tap in at the far post after 11 minutes. 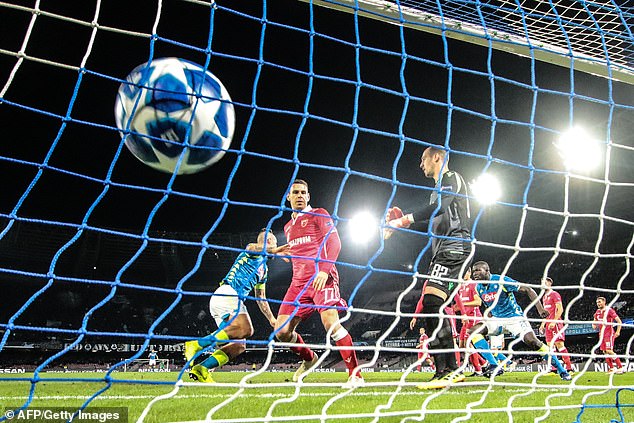 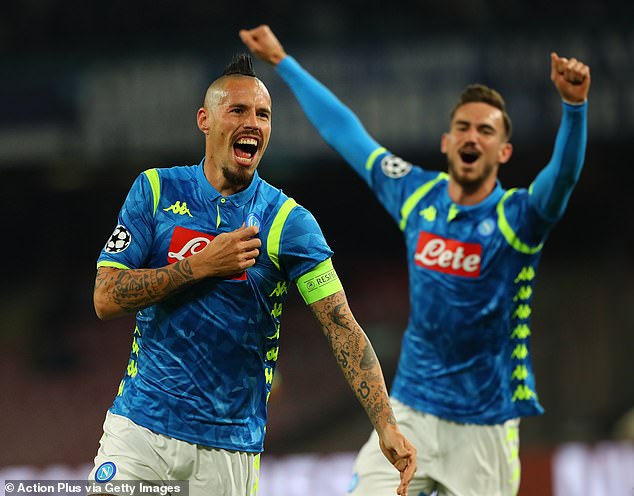 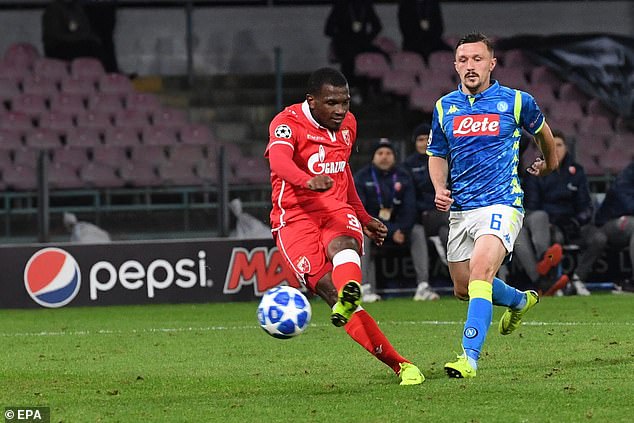 Koulibaly had a header tipped over by Borjan after a move started and finished by the imposing Senegalese defender before Mertens doubled the lead following another flowing attack, flicking in Fabian Ruiz’s deflected cross brilliantly in the 33rd minute.

Hamsik set up the third seven minutes after the re-start with an incisive through ball to Mertens whose superb first touch took the Belgian away from his marker before dinking the ball over the helpless Borjan.

A crafty piece of skill from Marko Marin, who opened up the Napoli defence with a delightful reverse pass, set up Red Star’s consolation for El Fardou Ben Nabouhane five minutes later.