‘My rapport with Ancelotti is a bit odd’: Napoli captain Lorenzo Insigne admits arguments at training and personality clash with manager Carlo Ancelotti

Napoli captain Lorenzo Insigne has rowed with coach Carlo Ancelotti in emotionally-charged exchanges during the Serie A club’s training sessions, the Italy striker has admitted while urging fans to ‘stand by me’.

The Serie A contenders have not won the Italian title since 1990 and already trail leaders Juventus by six points after seven matches of the season, having finished 11 points behind the champions in Ancelotti’s first season in charge.

Italy forward Insigne, who has scored three times for his hometown club this season but mustered a solitary penalty in his last five appearances, has revealed his relationship with the former Chelsea coach has frequently been fraught. 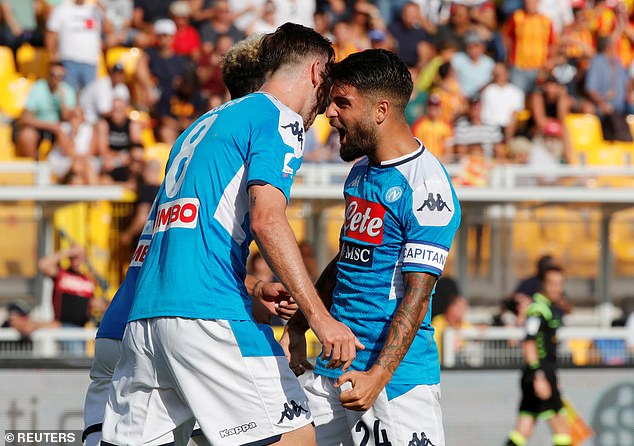 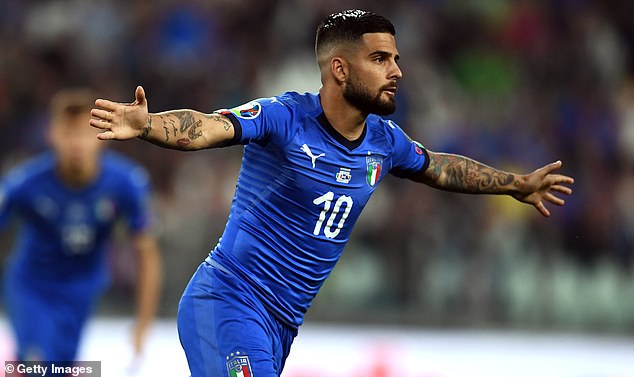 ‘There is a difference of character between us,’ said Insigne, who also praised Ancelotti for giving him freedom on the pitch during comments made to Rai Sport.

‘My rapport with Ancelotti is a bit odd as at times we have had rows, but that’s all down to our respective personalities.

‘Sometimes when I get over-tired or anxious at training it can happen that I respond to his observations, but these are things that end there.’

Misfiring Napoli have gone almost four hours without scoring and won just once in four matches, including successive goalless draws against Genk in the Champions League and Torino in Serie A. 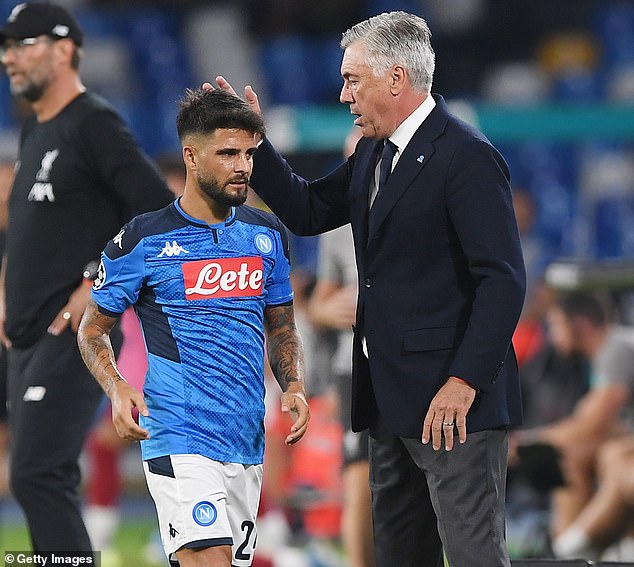 Insigne enjoyed a potent run at the start of Ancelotti’s reign, contributing nine goals and three assists in the opening 13 matches of the 2018-19 season.

The man dubbed Lorenzo Il Magnifico is anxious to improve his relationship with fans and end a long wait for silverware at the club where he has spent his entire career.

‘Some Napoli fans haven’t understood me,’ conceded Insigne, who had to settle for second place for a fourth time with the club last season, as well as an agonising Champions League group stage exit at the hands of eventual champions Liverpool.

‘I hope that they can change their minds and stand by me because I’d get myself killed for the Napoli jersey.

‘They consider me arrogant, as if they have a different image of how I am in reality.

‘The time has come for Napoli to win. We’ve been waiting too long now.’

Insigne was named in the starting line-up for Italy’s EURO 2020 qualifier at home to Greece on Saturday night. Napoli return to action when they welcome midtable Verona to the Stadio San Paolo on October 19.