Gonzalo Higuain is set for a long stay at Napoli.

So says club president Aurelio De Laurentiis, who told Italy’s Radio Kiss Kiss that ‘If his words are sincere, Higuain will play in Naples for at least another five years.’ 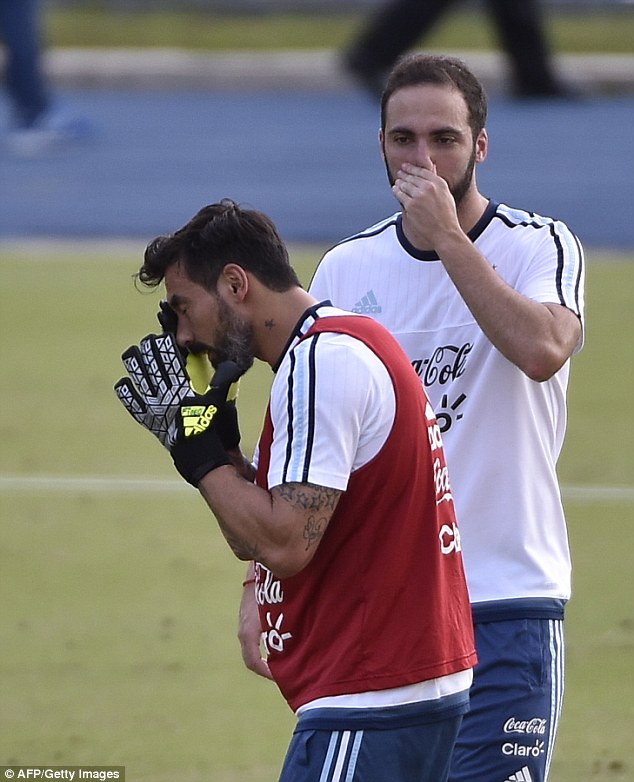 Higuain (right, with Ezequiel Lavezzi) trains with Argentina in preparation for a match against the United States

Father Jorge was a professional footballer

Began career at River Plate before moving on to Real Madrid at age 19, where he stayed for six seasons.

The 28-year-old has been linked with a string of larger clubs this summer, including Chelsea, Liverpool, Atletico Madrid and Paris St. Germain.

But De Laurentiis says he’s not interested in seeing Higuain move on.

‘I am willing to extend his contract, I appreciate him both as a player and a person.’

Higuain’s current deal runs for two more seasons, through the end of June 2018.

‘I would like to see him stay in Naples forever,’ De Laurentiis said.

‘He is one of a kind, he plays for the pleasure of scoring goals which is what counts for every genuine, self-respecting attacker.’

Higuain’s mark of 36 goals for Napoli last season snapped a record – Gunnar Nordahl’s 35 for Milan – which had stood since 1950.

The striker is currently in the United States with Argentina preparing for a Copa America 2016 semi-final against the host nation in Houston.

He scored two goals against Venezuela in Argentina’s 4-1 quarter-final win over Venezuela. 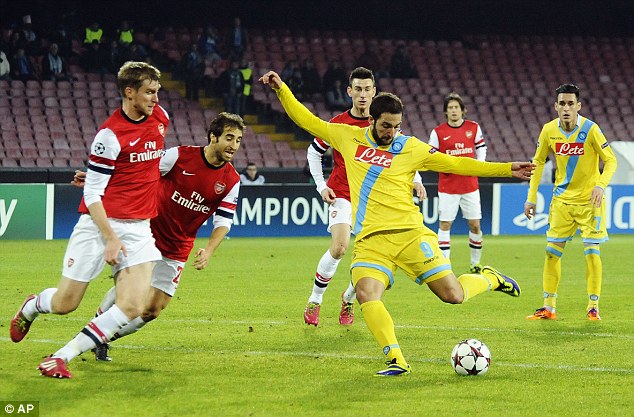 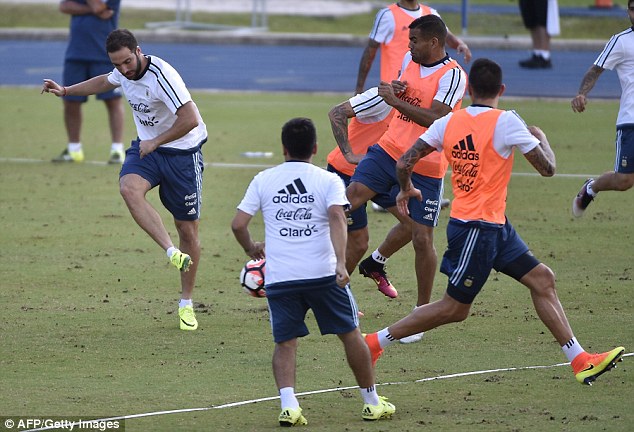