Napoli’s players tested out the pitch at the Parc des Princes on the eve of Wednesday’s Champions League Group C clash with PSG.

Buoyed by their 1-0 win over Liverpool in week two, Napoli visit PSG hoping to continue their positive momentum.

The squad looked focussed as they trained on Tuesday night, with star duo Marek Hamsik and Lorenzo Insigne both present. 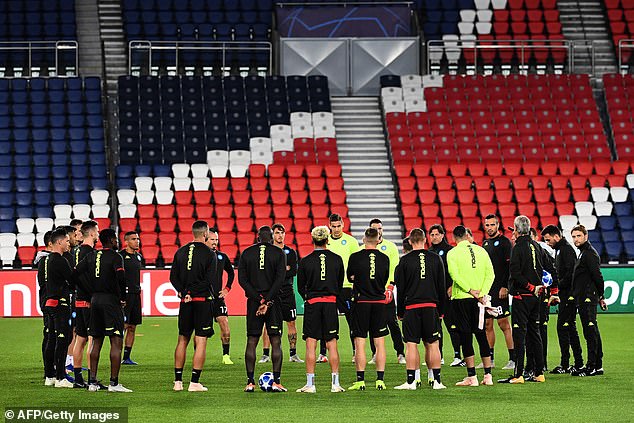 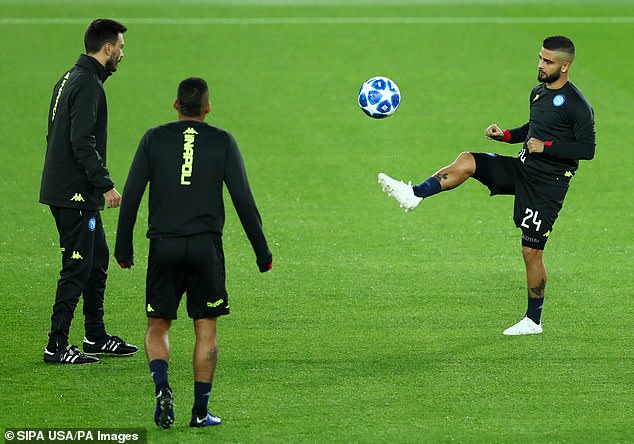 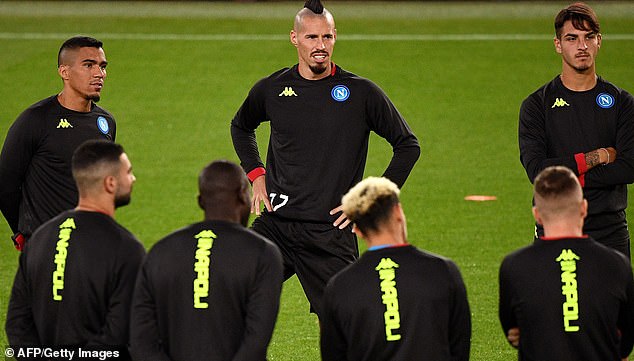 Wednesday’s game will see Napoli manager Carlo Ancelotti face PSG in Paris for the first time since he was sacked as Bayern Munich boss just over a year ago.

A 3-0 defeat by PSG brought Ancelotti’s Bayern reign to an end, but he thinks many of his players had already turned against him before kick-off in September 2017.

Speaking on the eve of Wednesday’s match, he said: ‘Many things have changed since then, PSG have changed coach for example, whereas at Munich the problems have still not been resolved.

‘My mood has changed a lot. Last year when I came here, I felt I had the trust of only four or five players, now I feel I have the confidence of all the players and everyone around the team. That has changed my frame of mind completely.’

Ancelotti spent two seasons as manager of PSG between 2011 and 2013, winning one Ligue 1 title.

He added: ‘I have good memories of my time here, I improved my knowledge.’ 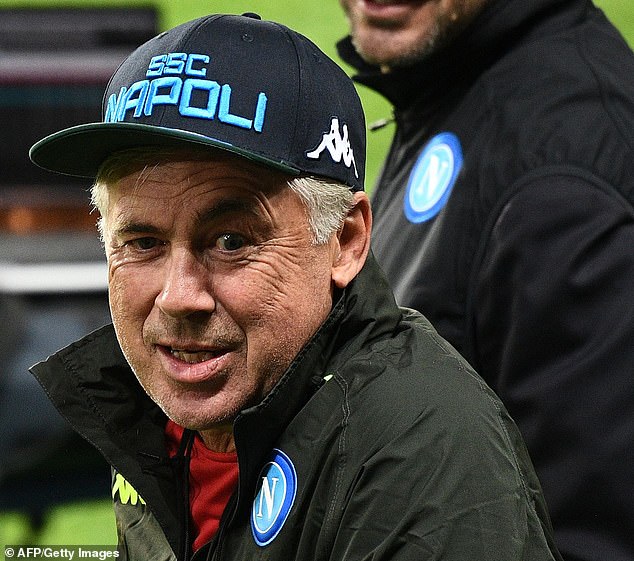 Napoli manager Carlo Ancelotti will face his old club, after being PSG boss from 2011 to 2013 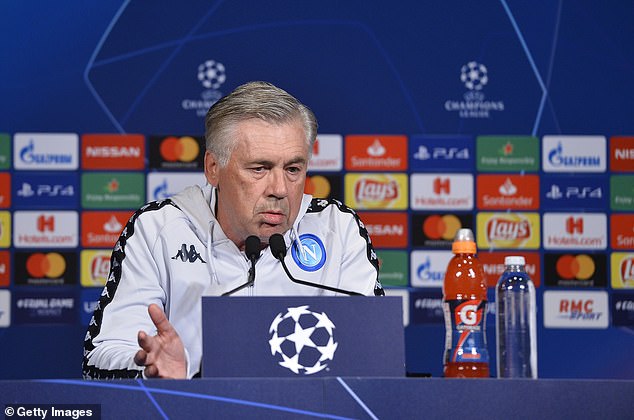 Ancelotti told reporters: ‘I have good memories of my time here, I improved my knowledge’ 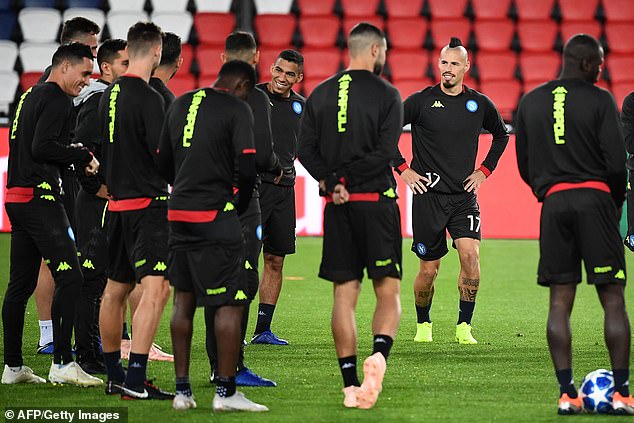 The mood appeared to be high, with Napoli looking to follow up their 1-0 win over Liverpool 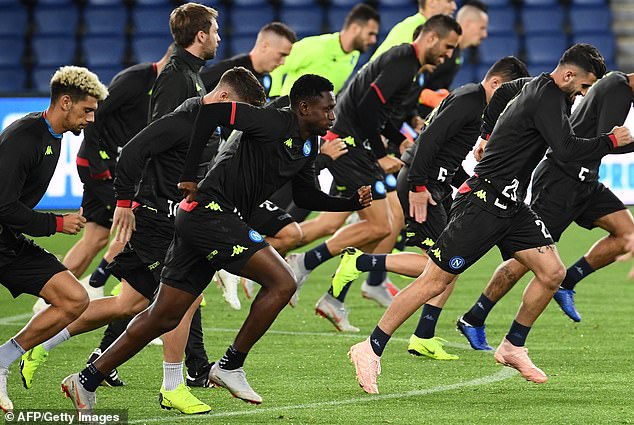