NASA and JAXA designing a Toyota-made ‘RV for the moon’

NASA is set to send the first woman and next many to the moon in 2024 and has revealed what the crew will call home – an RV rover.

The American space agency is ditching concepts of inflatable tents and underground bases, and is now looking at an pressurized surface vehicle.

The space group recently joined efforts with Japan’s Aerospace Exploration Agency (JAXA), which has been designing a six-wheeled, self-driving Toyota rover – providing Japan with a key role in the Artemis program.

The RV-like rover will hold two people up to 14 days, allowing them to live and work inside while traveling across the moon.

NASA jrecedntly oined efforts with Japan’s Aerospace Exploration Agency (JAXA), which has been designing a six-wheeled, self-driving lunar rover with Toyota for two years- providing Japan with a key role in the Artemis program

‘It’s like a space station-esque, kind of a habitat for up to 14 days for two people, but it’s on wheels and you can go places.’

Last year, JAXA showed off renders for its moon rover designed with car company Toyota that runs on solar power and fuel cell technology – and now NASA has joined up with the team. 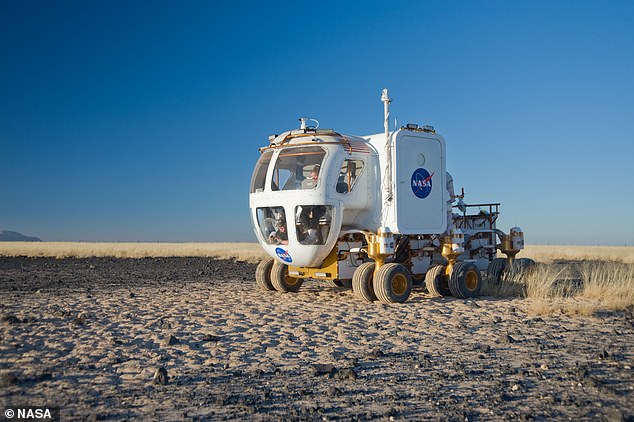 NASA is set to send the first woman and next many to the moon in 2024 and it has revealed what the crew will call home – an RV rover. The American space agency is ditching concepts of inflatable tents and underground bases, and is now looking at an pressurized surface vehicle 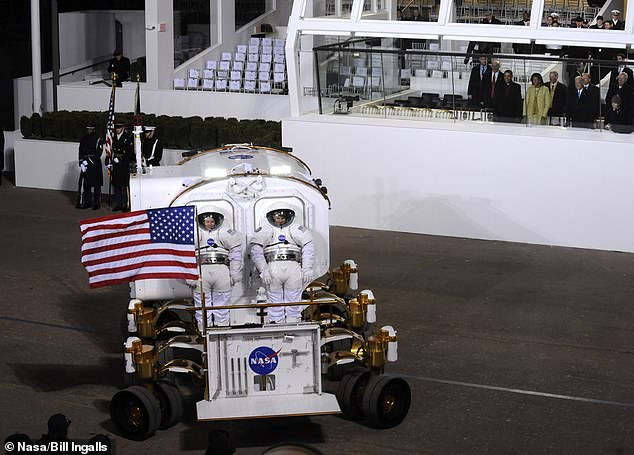 Although NASA is working with Japan, it will continue to design its own unpressurized rover due to the fact JAXA’s will not be ready until the end of the decade

The American spaced agency signed an agreement with the Japanese government this month, called a Joint Exploration Declaration of Intent that helps Japan increase its role in the Artemis program, Space News reports.

The agreement allows JAXA to take the lead in designing what could be the first permanent habitat for the Artemis crew – a date has not been released for when the rover will launch to the moon.

NASA Administrator Jim Bridenstine said in a brief statement about the agreement earlier this month: ‘Today’s signing of this declaration of intent builds on the long history of successful cooperation between the U.S. and Japan in space.’

‘We appreciate Japan’s strong support for Artemis and look forward to extending the robust partnership that we have enjoyed on the International Space Station to cislunar space, the lunar surface, and beyond.’

Bridenstein noted that NASA considered it important to involve JAXA in a ‘major surface element’ like a pressurized rover, even though the American space agency has conducted previous studies of pressurized lunar rover. 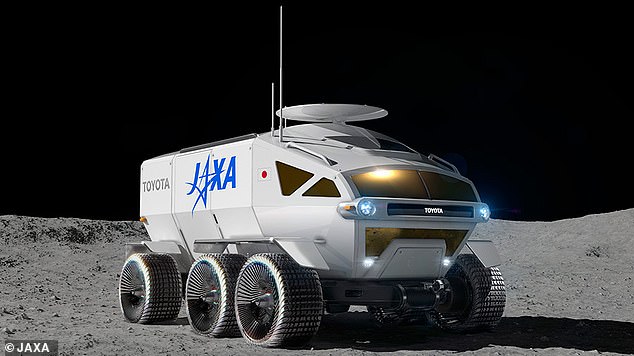 ‘There was the idea that, even though we have done a lot of work, let the Japanese lead development of a pressurized rover,’ he said.

NASA is still working on its own unpressurized rover that will be similar to what was used in the last three Apollo missions for when Artemis first lands on the moon.

This is because Japan’s pressurized vehicle will not be read until the end of the decade.

JAXA’s vehicle may travel along with its own astronauts to the moon in the 2030s.

‘Meanwhile, the moon has a complex terrain with craters, cliffs, and hills. Moreover, it is exposed to radiation and temperature conditions that are much harsher than those on Earth, as well as an ultra-high vacuum environment. 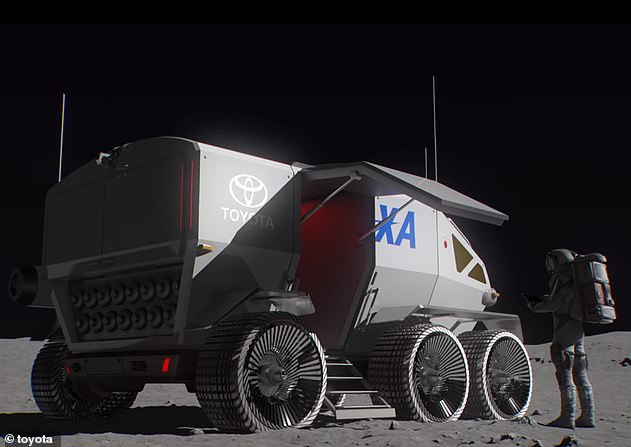 A pressurized cabin will allow the rover to transport astronauts across greater distances on the surface of the moon. Toyota’s concept vehicle, revealed in a new video and series of images today, will be designed to hold two astronauts and runs on fuel cell technology

‘For wide ranging human exploration of the moon, a pressurized rover that can travel more than 10,000 km in such environments is necessary.’

The pressurized vehicle proposed this week by Toyota is six meters long and 3.8 meters high – or, about the size of two microbuses, the car company says.

Though it’s intended to carry two people, Toyota says it can fit four in an emergency situation.

Astronauts would be able to ride in the vehicle without their space suits on, while still having enough room for them to get in and out while wearing the bulky outfits.

Running on a fuel cell, the lunar vehicle will only emit water and surplus air.

JAXA and Toyota have been working together to study the plan since May 2018.