NASA captures footage of Hurricane Florence barreling towards US

As the Category 2 storm barrels toward the US east coast the space agency posted the incredible video which shows winds approach dry land at 130mph.

The footage was captured on a high definition camera at the International Space Station. NASA described it as a ‘stark and sobering’ view of the Hurricane as it churned across the Atlantic in a north-west direction. 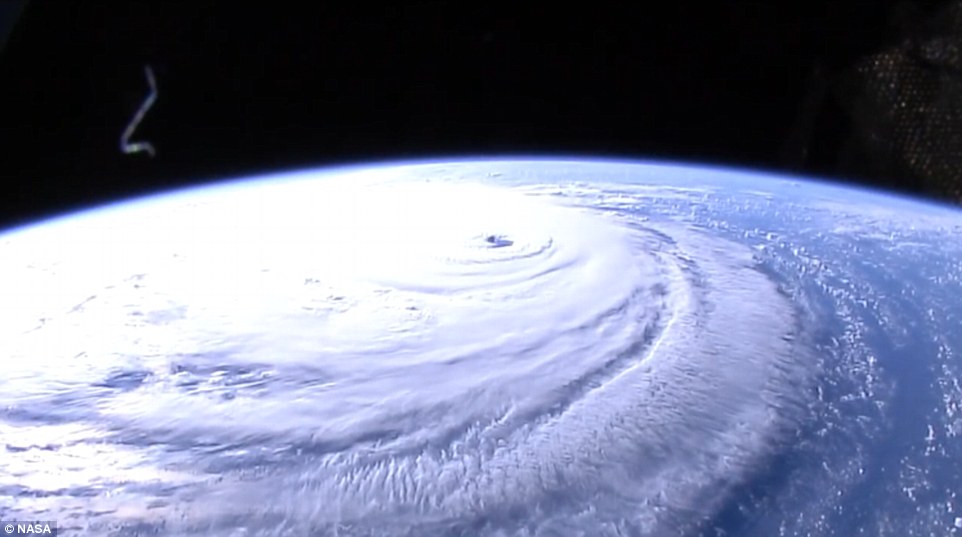 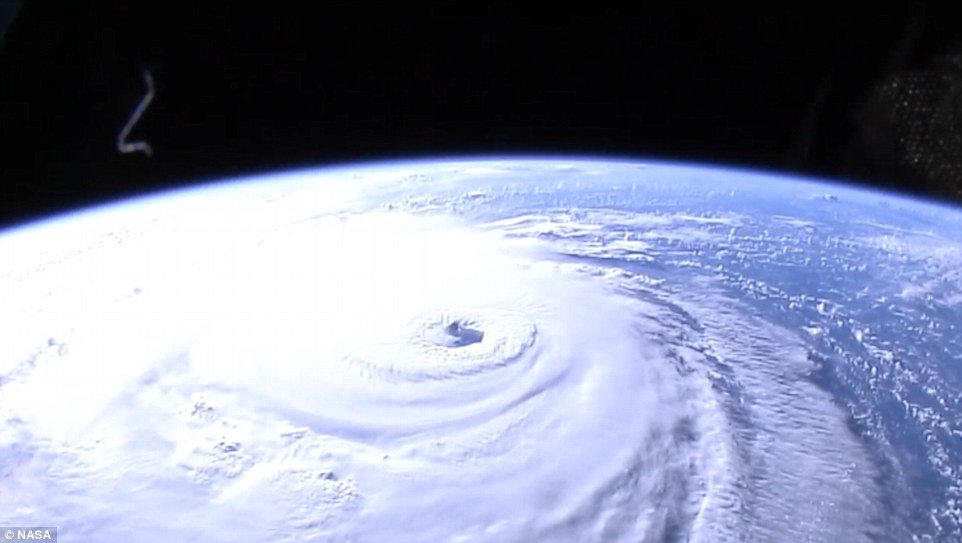 ‘The National Hurricane Center forecasts additional strengthening for Florence before it reaches the coastline of North Carolina and South Carolina early Friday, September 14’ NASA said of the video.

Those living on the US east coast have been boarding up their properties, stockpiling supplies and some have left their homes as the Category 2 storm heads toward land.

Locals in the Carolina states have said they have little trust in the authorities and fear they would not get much support from central government should the area be devastated by the hurricane, given the response to the devastation caused by Maria to Puerto Rico last year.

Yesterday, President Trump claimed politicians and people on the ground were praising the preparations made by his administration.

He said during a reception for Congressional Medal of Honor recipients at the White House: ‘We’re getting tremendous accolades from politicians and the people but we are ready.’

The president added the hurricane is going to be ‘one of the biggest ever to hit our country’ but said his staff are closely coordinating with state and local officials in the Carolinas Georgia and Virginia. 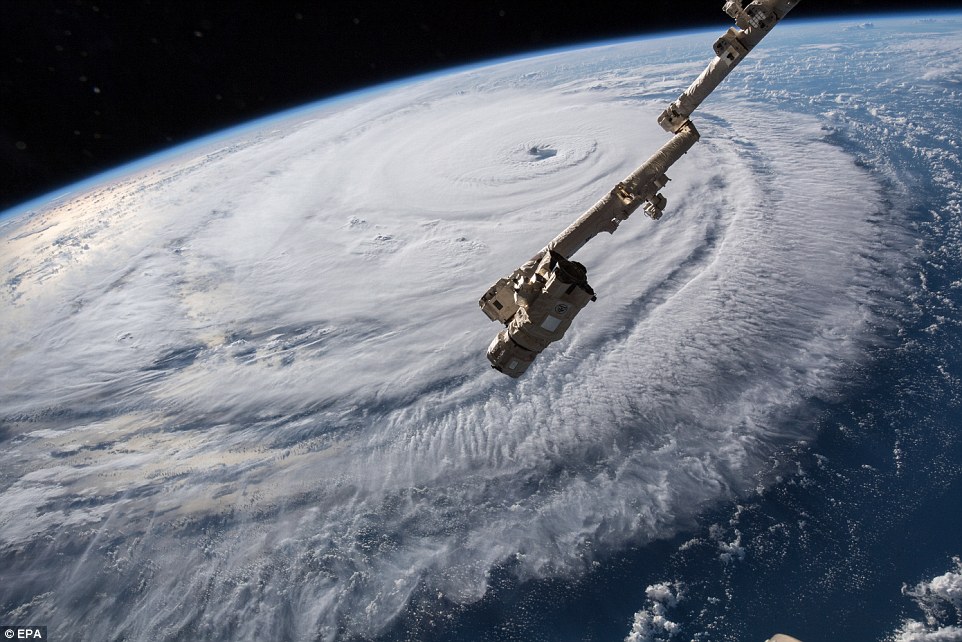 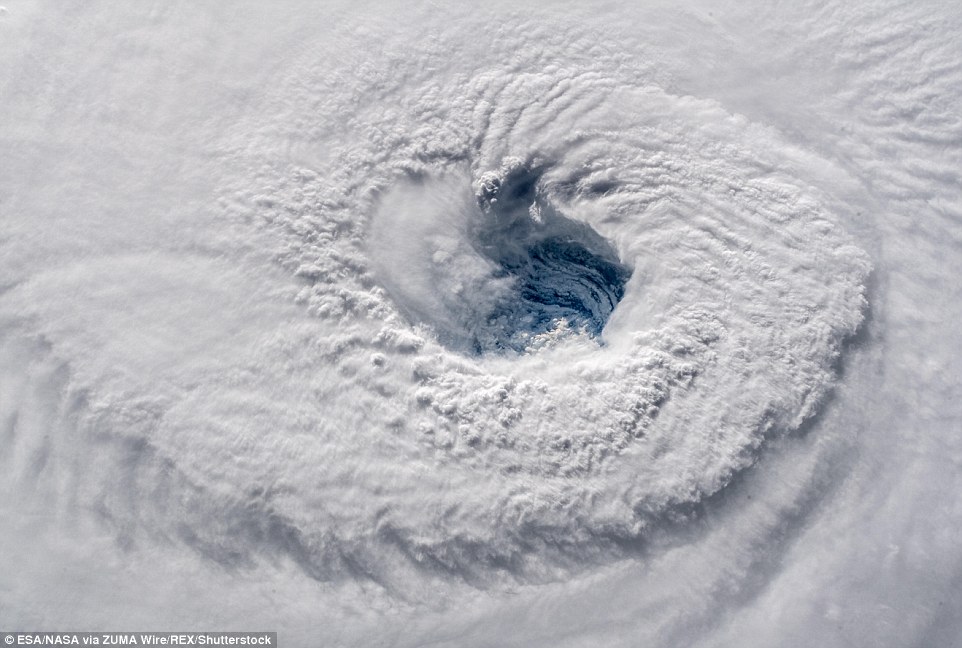 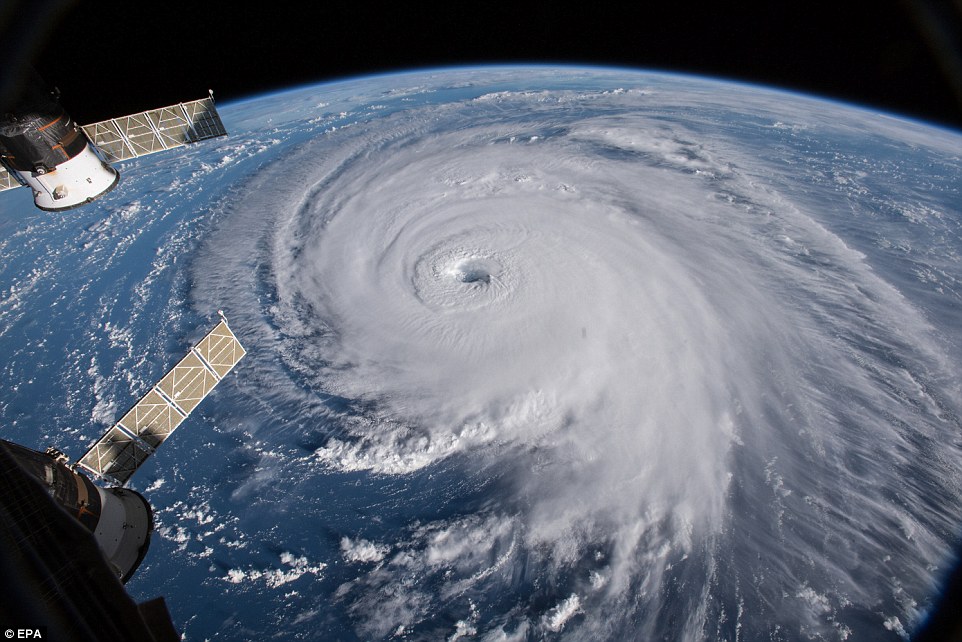 As many as 3 million people could lose electricity as a result of the storm.

Trump urged people to take seriously the threat of what may be the biggest storm to hit the East Coast in decades.

Trump is keen to show his team are better prepared than during Hurricane Maria, which killed nearly 3,000 people last September.

He has been defending his handling of the devastating storm.

Trump tweeted yesterday: ‘We got A Pluses for our recent hurricane work in Texas and Florida, and did an unappreciated great job in Puerto Rico, even though an inaccessible island with very poor electricity and a totally incompetent Mayor of San Juan. We are ready for the big one that is coming!’ 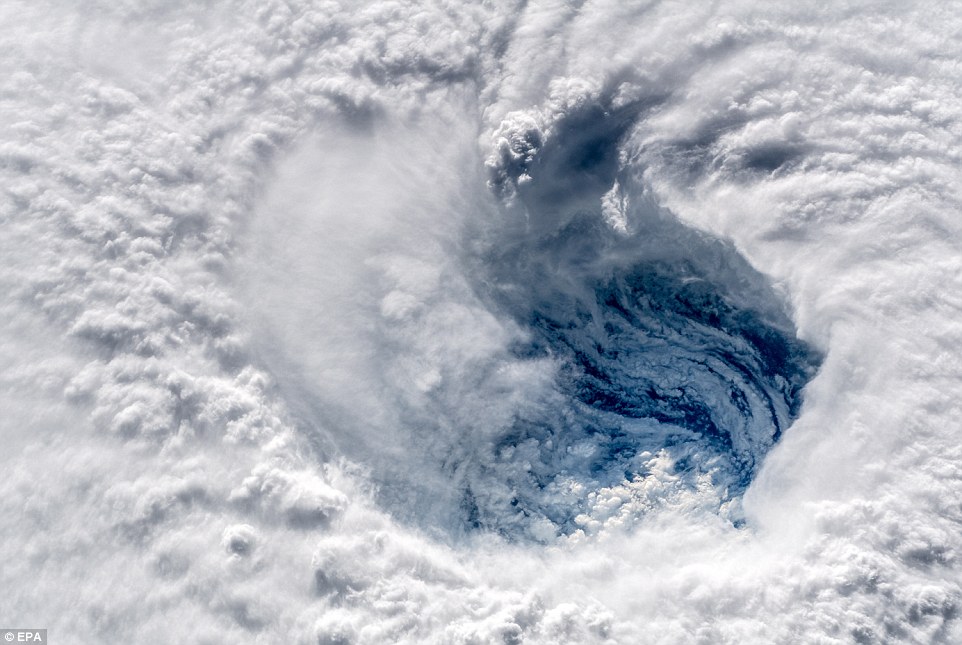 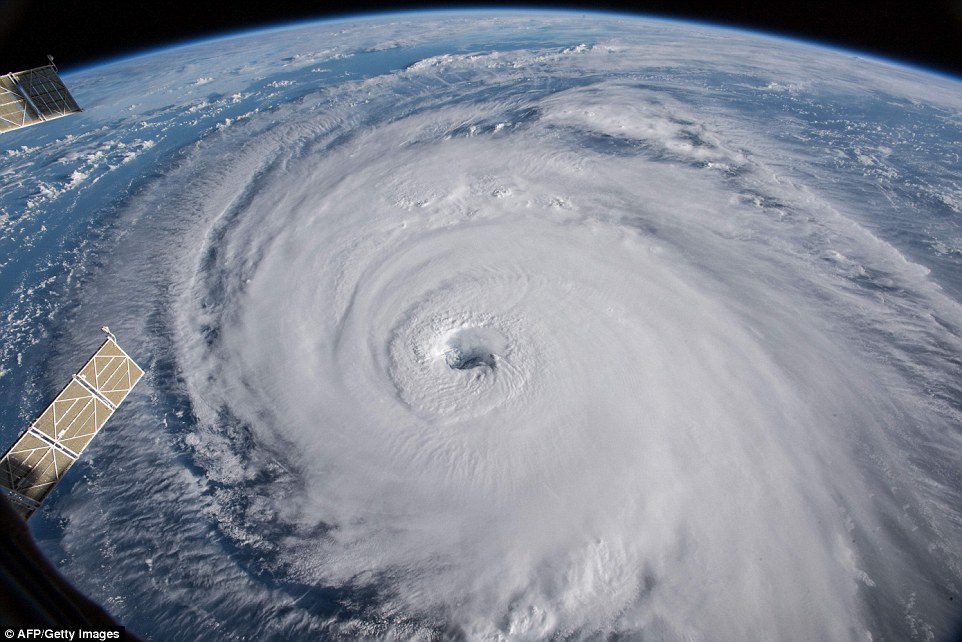