By Annie Palmer and Joe Pinkstone and Tim Collins For Mailonline

Bridenstine made the case for why the US should be fortifying its defense against meteor events on Monday at the 2019 Planetary Defense Conference in Washington, D.C.

It comes as NASA, the Federal Emergency Management Agency and other parties will conduct a defense drill at the conference that simulates what it would be like if an asteroid were heading straight for Earth.

NASA administrator Jim Bridenstine made the case for why the US should be fortifying its defense against meteor events at the 2019 Planetary Defense Conference in Washington, D.C.

‘We have to make sure that people understand that this is not about Hollywood, it’s not about the movies,’ Bridenstine said at the conference.

‘This is about ultimately protecting the only planet we know, right now, to host life and that is the planet Earth.’

He pointed to the Chelyabinsk Event as evidence of the increasing seriousness and potential for these events.

The meteor, which blazed across the southern Ural Mountain range in February 2013, was the largest recorded meteor strike in more than a century, after the Tunguska event of 1908.

More than 1,600 people were injured by the shock wave from the explosion, estimated to be as strong as 20 Hiroshima atomic bombs.

While those kinds of events are estimated to occur once every 60 years, Bridenstine said they’ve happened three times in the last 100 years. 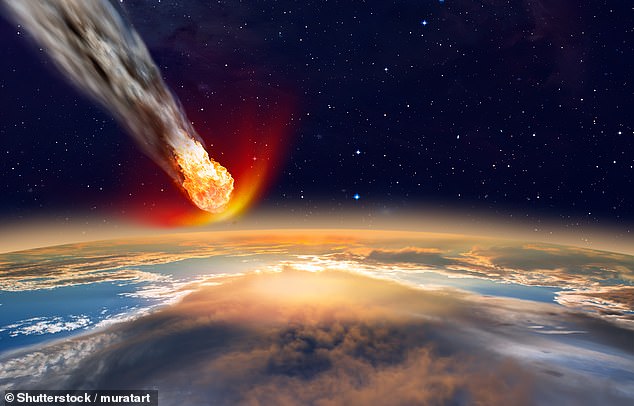 Bridenstine’s comments come as NASA, the Federal Emergency Management Agency and other parties will conduct a defense drill at the conference that simulates what it would be like if an asteroid were heading straight for Earth

By that line of thinking, it means another event on the scale of the Chelyabinsk Event could occur within our lifetime.

‘I wish I could tell you these events are exceptionally unique,’ Bridenstine said. ‘But they are not.’

Bridenstine said planetary defense is just as critical as other NASA objectives, like landing humans on the moon.

He added that NASA is working to detect and track 90 percent of nearby asteroids that are 459ft or larger, which can cause potentially fatal damage upon impact.

Part of NASA’s efforts to defend the Earth against asteroids include the Double Asteroid Redirection Test (DART) mission, which is slated to lift off in June 2021 and includes help from Elon Musk’s SpaceX.

The groundbreaking mission will be the first demonstrated attempt to deflect an asteroid by purposely crashing an object into it at high speed.

After launching from California’s Vandenberg Air Force base atop a Falcon 9 rocket in 2021, the DART craft is expected to reach the object Didymos in October 2022, when it’s 6.8 million miles (11m km) from Earth.

The DART mission relies on what’s known as a ‘kinetic impactor’ – in this case an eight foot long (2.4m) craft with solar electric propulsion.

DART will be targeting the binary near-Earth asteroid Didymos, which measures roughly 2,600 feet (800m) across.

WHAT COULD WE DO TO STOP AN ASTEROID COLLIDING WITH EARTH?

Currently Nasa would not be able to deflect an asteroid if it were heading for Earth but it could mitigate the impact and take measures that would protect lives and property.

This would include evacuating the impact area and moving key infrastructure.

Finding out about the orbit trajectory, size, shape, mass, composition and rotational dynamics would help experts determine the severity of a potential impact.

However, the key to mitigating damage is to find any potential threat as early as possible.

Nasa is currently moving forward with a refrigerator-sized spacecraft capable of preventing asteroids from colliding with Earth. A test with a small, nonthreatening asteroid is planned for 2024.

This is the first-ever mission to demonstrate an asteroid deflection technique for planetary defence.

The Double Asteroid Redirection Test (DART) would use what is known as a kinetic impactor technique—striking the asteroid to shift its orbit.

The impact would change the speed of a threatening asteroid by a small fraction of its total velocity, but by doing so well before the predicted impact, this small nudge will add up over time to a big shift of the asteroid’s path away from Earth.