NASA moved two astronauts off a Boeing mission to SpaceX due to the Starliner’s slow developmental progress that has delayed the agency’s Crew-5 mission to the International Space Station (ISS).

Astronauts Nicole Mann and Josh Cassada will be the commander and pilot of the Elon Musk-run company’s Crew-5 mission in fall 2022 – with additional crew members set to be revealed later.

The announcement, made Wednesday, is likely due to Boeing’s Starliner ‘being riddled with problems’ that has forced the company to scrub its first crewed mission in August and cut its first unmanned flight in 2019.

‘NASA decided it was important to make these reassignments to allow Boeing time to complete the development of Starliner while continuing plans for astronauts to gain spaceflight experience for the future needs of the agency’s missions,’ NASA shared in a press release.

DailyMail.com has contacted Boeing for comment for this story.

Although Mann and Cassada have been moved, NASA astronauts Butch Wilmore, Mike Fincke and Suni Williams are still assigned to a Boeing mission.

Mann and Cassada are both trained to operate Boeing’s CST-100 Starliner capsule -Mann was set to pilot the craft during its first crewed mission to the ISS and Cassada was assigned for Starliner’s first operational mission.

‘It has been the opportunity of a lifetime to train on a brand-new spacecraft, the Boeing Starliner, and it has been fantastic to work with the Boeing team,’ Mann said in a statement. 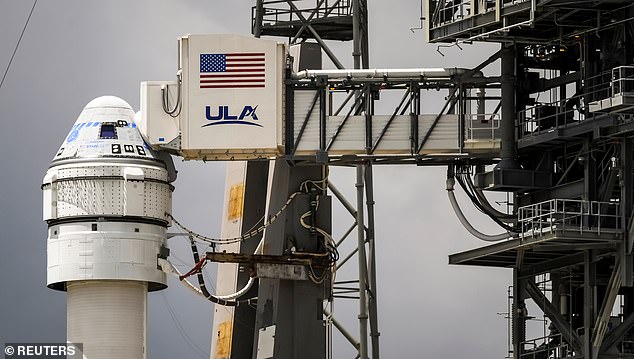 The announcement, made Wednesday, is likely due to Boeing’s Starliner ‘being riddled with problems’ that has forced the company to scrub its first crewed mission in August (pictured) and cut its first unmanned flight in 2019. 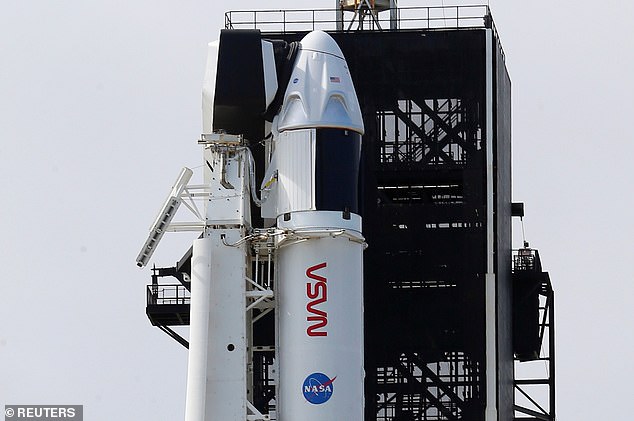 NASA moved two astronauts off a Boeing mission to SpaceX due to the Starliner’s slow developmental progress that has delayed the agency’s Crew-5 mission to the International Space Station. Pictured is SpaceX’s Falcon 9 rocket toped with the Crew Dragon capsule

‘I am thrilled to have the opportunity to train on another new spacecraft – the SpaceX Crew Dragon – and appreciate the teams at NASA who have made that possible. I am ready to fly and serve on the International Space Station.’

NASA says it will make further assignments to Boeing missions ‘in the future.’

Kathryn Lueders, associate administrator of the Space Operations Mission Directorate at NASA Headquarters in Washington, said in a statement: ‘Nicole and Josh have done a tremendous job pioneering the training and path forward for astronauts to fly on Boeing’s Starliner spacecraft. They have gained experience that they will take forward as they train to fly in SpaceX’s Crew Dragon spacecraft and serve aboard the International Space Station.

Boeing was set to launch its Starliner on August 3, but was scrubbed with no reason given.

NASA and Boeing tried again on August 13, but were forced to scrub the mission due to deeper-level troubleshooting of four propulsion system valves that remain closed prior to launch.

During the first uncrewed Starliner test flight in December 2019, the craft experienced a software issue, causing it to fail to dock with the ISS  and return to Earth early.

NASA found 80 issues with the Starliner following the mission, which Boeing said it has since corrected. 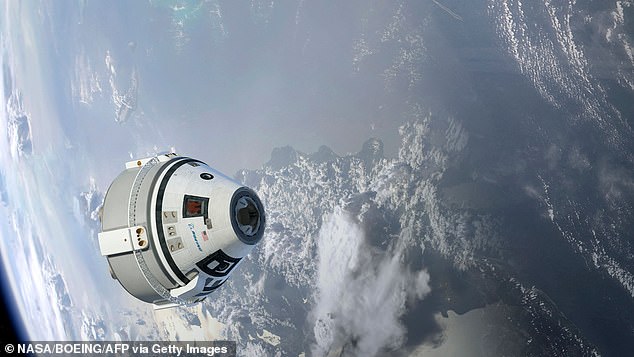 During the first uncrewed test flight of Starliner in December 2019 (pictured), the craft experienced a software issue, causing it to fail to dock and return to Earth early. NASA found 80 issues with the Starliner following the mission, which Boeing has since been corrected

The agency remains confident that Boeing can resolve issues plaguing the Starliner vehicle and expects the company will be ready for an unmanned test flight in early 2022, Steve Stich, NASA’s commercial crew program manager, said during a media briefing Wednesday, according to Bloomberg.

However, Boeing will have to prove its technology before attempting its first crewed mission by successfully completing an unscrewed test flight

Boeing said in a statement that it understands NASA’s needs to adjust its crews’ flights plans.

‘We fully support NASA’s decisions and remain committed to putting the safety of the astronauts who will fly on our vehicle first,’ the company said.

What went wrong in 2019? Boeing’s Starliner capsule failed to dock with the ISS

During an initial uncrewed test flight in December 2019, the Starliner capsule failed to dock at the ISS and returned to Earth prematurely.

The space agency characterised the test as a ‘high visibility close call’ during which time the spacecraft could have been lost twice.

During the test flight the Starliner experienced a timing anomaly shortly before it was due to dock with the ISS.

It lunched on December 20, 2019 but after deployment, an 11-hour offset in the mission clock was detected.

This caused the spacecraft computer to think it was ‘in an orbital insertion burn’ when it wasn’t.

This then caused the control thrusters to consume more fuel than planned, stopping it for docking with the ISS.

This led to it coming back to Earth early, landing at White Sands Space Harbour in New Mexico.

On landing it became the first space capsule intended to be crew capable to touch down in the US.

This error, plus another software problem, could have caused the spacecraft to be lost had it not been detected in time.

‘Ground intervention prevented the loss of the vehicle,’ a NASA report later concluded.

A later report found 80 items that needed to be fixed by Boeing, which the firm did in collaboration with NASA.