NASA is on the hunt for volunteers for a ‘social isolation’ mission that simulates the psychological effects of confinement.

In a nod to the current virus pandemic, the space agency is after healthy participants to live together in isolation for eight months in Moscow, Russia.

The ground based ‘SIRIUS-20’ mission will help NASA learn more about ‘the physiological and psychological effects of isolation and confinement on humans’.

The chosen participants – who have to be ‘US citizens, between the ages of 30 to 55 and ‘highly motivated’ – will experience ‘environmental aspects’ similar to those astronauts will experience on future missions to the Moon and Mars.

Lessons from the mission could influence how astronauts are treated in the future missions – namely the upcoming Artemis programme, which plans to land the first woman and the next man on the lunar south pole region by 2024.

The upcoming study builds on a previous four-month study conducted in 2019.

‘As many around the world are staying at home in response to the global coronavirus pandemic, NASA is preparing for its next spaceflight simulation study,’ NASA said.

‘Results from ground-based missions like this help NASA prepare for the real-life challenges of space exploration and provide important scientific data to solve some of these problems and to develop countermeasures.’

Social isolation and confinement can result in higher levels of stress and damage physiological and psychological well-being, according to NASA. 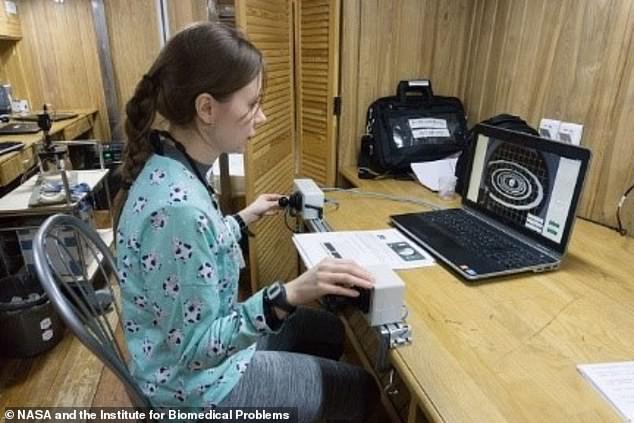 But the space agency is after a strong team of astronauts can help counter problems like stress, sleep loss, work overload and disrupted circadian rhythms.

As well as being observed for their psychological well-being, the crew will be kept busy conducting scientific research using virtual reality and robotics, which will be related to social confinement.

Just as crews heading to the International Space Station must stay in a period of quarantine for two weeks to make sure they don’t take a live virus into space, chosen participants will also will begin their mission with an isolation period.

NASA said it will be monitoring the effects of the coronavirus on the mission, which is due to commence sometime this year at the NEK ground-based facility in Moscow. 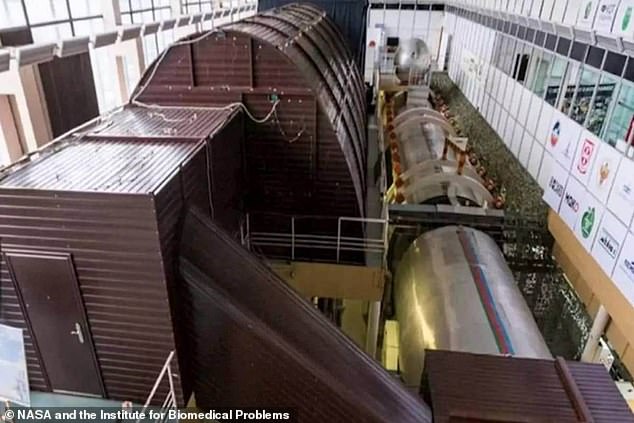 As well as being a healthy American, applicants will need to be proficient in both Russian and English languages and have a masters in science or a doctorate.

Participants with a Bachelor’s degree and other qualifications, such as military experience, will also be considered.

In terms of pay, salaries will vary ‘whether or not you are associated with NASA or if you are a NASA employee or contractor’.

The SIRIUS-20 mission follows on from the four-month long SIRIUS-19 mission, where a crew of six participated in simulated mission operations tasks, including docking to a space station orbiting the Moon and conducting moonwalks on the lunar surface. 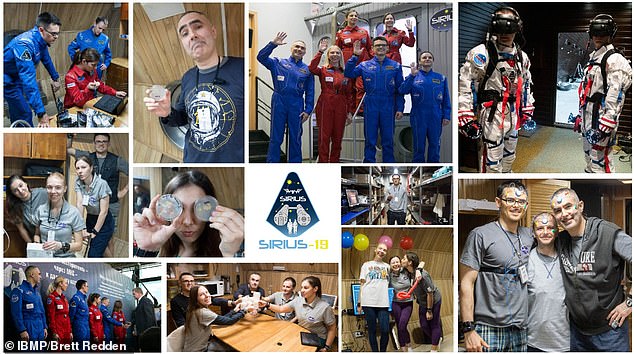 A collage of the last study of isolation and confinement and the effect on group dynamics. During the course of the mission, the crew bonded and formed strong relationships

One SIRIUS-20 crew member, Anastasia Stepanova, wrote in her blog: ‘NEK is where six people in a barrel have become colleagues, friends and almost family!’

‘I began to observe the mood of the crew and noticed only one thing – stability.

‘Jokes and laughter, activity, efficiency, support for each other, optimism and inner peace – all this has remained unchanged since the start of isolation.’

NASA is gradually building up the length of the SIRIUS missions in an effort to test human endurance – a 12-month mission is scheduled for 2022. 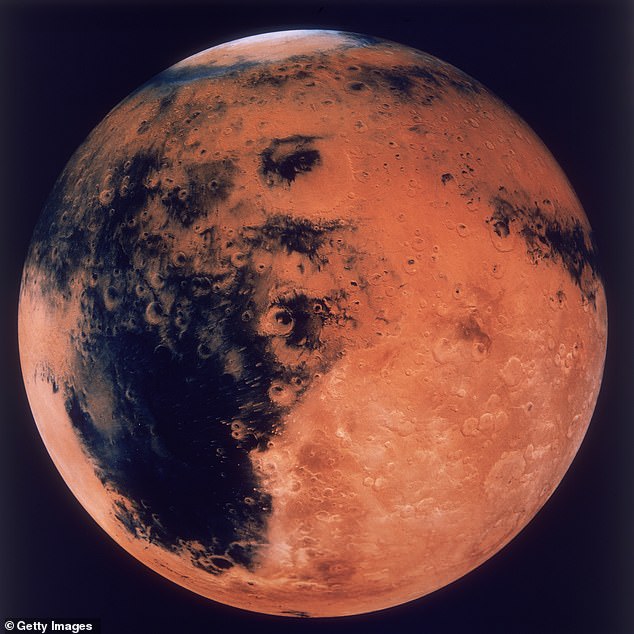 When a female astronaut first sets foot on the Moon in 2024, the historic moment will represent a step toward another NASA first: eventually putting humans on Mars (pictured)

NASA already opened applications in March for the next generation of astronauts that will travel to the Moon and Mars.

New astronauts are having to undergo a two-year training and evaluation period and pass a series of physical requirements to be part of the Artemis programme.

For the first time in its 61-year history, NASA is also requiring prospective astronauts to have a master’s degree in a STEM-related field like maths or computer science.

The space agency is preparing to send the first woman and next man to the Moon though its Artemis programme by 2024.

Exploring the Moon during the 2020s will help prepare humanity to ultimately send astronauts to Mars in the 2030s, NASA said.