NASA scientists gathered in a dried lake bed in western Nevada to conduct one last round of real world testing before the Perseverance rover departs for Mars this summer.

Instead of transporting the actual rover to Nevada, a group of seven NASA scientists stood in for the car-sized vehicle and took commands from a separate team of 150 NASA operators working remotely all around the world.

The remote crew entered commands about where to send the simulated rover, and the seven-person crew in Nevada would physically move, along with all of their sensor and collection devices, to the specified location.

The project, called Rover Operations Activities for Science Team Training (ROASTT), was designed less as a test for Perseverance’s systems than to give the crew operating it a chance to see how controlling the rover in a live situation might go.

‘It’s especially important for scientists who are new to Mars rovers,’ the Jet Propulsion Laboratory’s Raymond Francis said in an interview with the JPL website.

‘It’s a team effort, and everyone has to learn how their roles fit into the whole mission.’

The testing allowed the team of remote operators to work through practical problems like debates about where to pilot the rover based on footage from an onboard camera, and how to identify particular rocks or other environmental debris for collection given the limited amount of storage options.

The exercises also gave the team the chance to test some of the rover’s more technical equipment, including a portable X-ray device and a radar sensor capable of taking readings from beneath the surface of the ground. 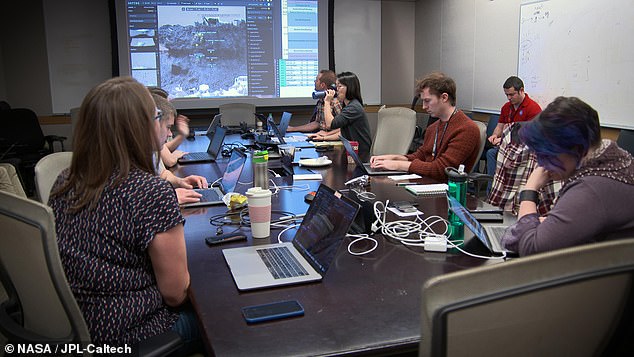 When the Perseverance rover lands on Mars on February 18, 2021, it will be controlled remotely by a team of 150 NASA operators, all working remotely from all over the world 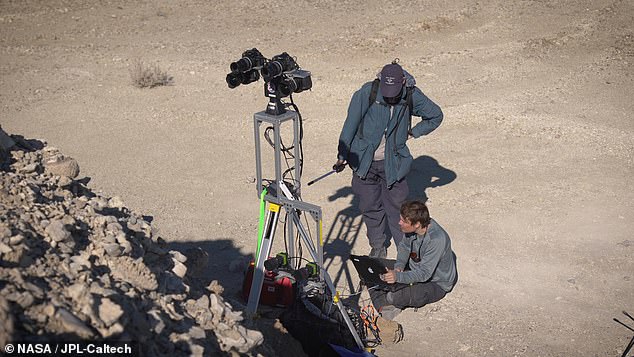 In the testing, the remote operators observed the landscape and readings from the various Perseverance sensors and issued commands to the crew of seven NASA scientists on the ground about where to go next or what samples to pick up 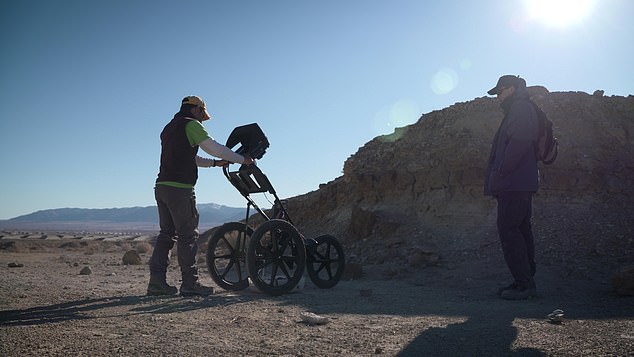 While the team didn’t bring along the full rover, they brought a number of its main tools, including a portable X-ray sensor and a radar device capable of taking readings from beneath the surface of the ground,

‘The next time we do this will be on Mars,’ JPL’s Ken Williford, one of the mission’s deputy project scientists. ‘We’ve got to get the right samples. Let’s bring them back.’

The Perseverance rover is expected to launch sometime between July 17 and August 5th, arriving at Mars’ Jezero Crater on February 18, 2021.

The mission is part of NASA’s larger Artemis program that will hopefully culminate with a human expedition to the red planet sometime in the 2030s.

NASA hopes the samples and research conducted by Perseverance will give scientists new insight into whether life there really was microbial life on Mars in the past.