NASA will finally open a series of samples brought back from the surface of the moon nearly 50 years after they were collected during the Apollo missions.

The space agency revealed this week that it has selected two teams to analyze the decades-old materials from Apollo 15 and 17, some of which have never been opened on Earth.

Scientists at NASA’s Goddard Space Flight Center will investigate the lunar samples to better understand the abundance of organic compounds on the moon, and how these materials withstand the effects of cosmic rays.

NASA will finally open a series of samples brought back from the surface of the moon nearly 50 years after they were collected during the Apollo missions. Astronaut Buzz Aldrin is shown above during the first lunar landing of the Apollo 11 mission

NASA selected the two proposals as part of The Apollo Next Generation Sample Analysis (ANGSA) program.

The space agency is hoping to get the most out of its past excursions to the moon ahead of its next lunar missions, planned for the 2020s.

In addition to samples that have never been opened on Earth, others have sat in cold storage since they were collected in the early 1970s.

‘This is a unique and exciting opportunity to use state-of-the-art techniques on lunar samples that have been preserved for almost 50 years and to study questions that scientists at the time may have asked but didn’t have the ability to answer,’ said Jamie Elsila, principle investigator of the team studying volatile compounds and possible precursors to amino acids.

‘It’s a privilege to have access to these special samples and we hope to contribute not only to increase our knowledge of lunar chemistry but also to improve our understanding of how to best preserve samples returned by future NASA missions.’

A second team will investigate the geologic history of the moon samples using noble gases to determine how long they sat at the surface exposed to cosmic says.

The initiative coincides with the 50th anniversary of humankind’s first steps on the moon. And in just a few years, NASA says it is going back.

In a statement on the $21 billion 2020 budget released yesterday, NASA Administrator Jim Bridenstine doubled down on plans to send humans first to the moon and then to Mars.

Bridenstine says NASA is on track to have humans back on the moon by 2028. 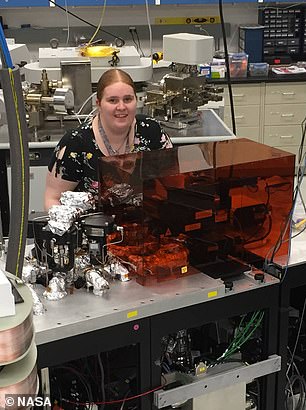 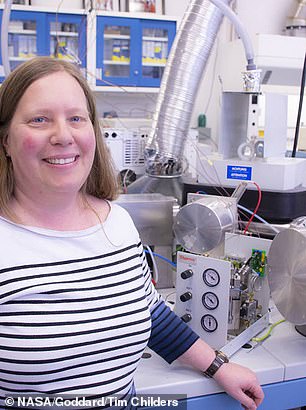 The space agency revealed this week that it has selected two teams to analyze the decades-old materials from Apollo 15 and 17, some of which have never been opened on Earth. Scientists will investigate the samples to understand the abundance of organic compounds on the moon 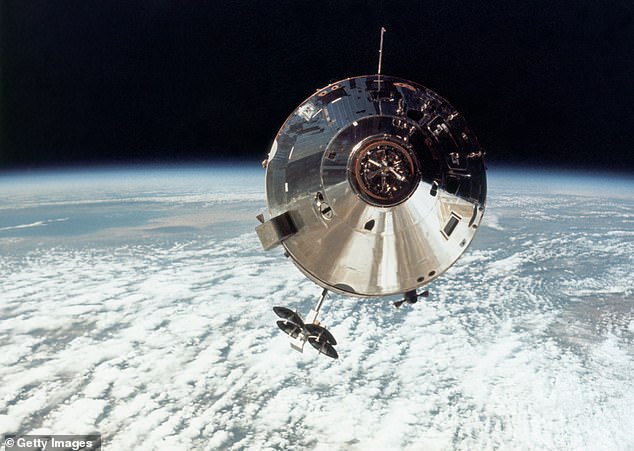 The initiative coincides with the 50th anniversary of humankind’s first steps on the moon. The Apollo 9 Command/Service Module is shown during its Earth-orbital mission

‘Getting the chance to work on these samples is like participating in a completely new mission to the moon,’ said Natalie Curran, who is leading the second team.

‘Even though these are Apollo samples, they’ve never been opened, and we don’t know what surprises are in store for us.

‘I’m excited to have a part in our generation’s era of exploration of the moon.’