A probe aboard NASA’s InSight space lander finally appears to be making slow and steady progress in its mission to burrow into the surface of Mars.

NASA said that its new approach of using a scoop on the end of the space lander’s robotic arm to push the 16-inch-long probe – known as the Mole – into the Red Planet’s resilient surface is helping it to gain headway.

Efforts to penetrate the long thin ‘self-hammering nail’, manufactured by the German Aerospace Center (DLR), into into the Martian surface kicked off in February 2019, but had since stalled.

The Mole needs soil to fall into the hole it’s digging to give it the necessary friction to able to penetrate and go deeper, in its mission to measure the heat from the planet’s interior.

But the probe had encountered an unexpected layer of cemented soil – called ‘duricrust’ – that wasn’t falling into the hole the device had dug.

NASA footage from the Red Planet now shows the black digger pushing away at the Mole as it sticks out of the ground at an awkward angle.

‘My team at @NASAJPL & @DLR_en continues to take encouragement from our latest efforts to #SaveTheMole,’ the InSight Twitter account posted.

‘Another push with my robotic arm has helped the mole keep pushing onward. Taking it one step at a time, and reaching out to help where I can.’

NASA anticipates that the whole length of the Mole will finally enter the Martian surface by around June.

‘We anticipate that we’ll have the mole down flush with the ground within another month or two months,’ said Bruce Banerdt, NASA’s principal investigator for InSight, last month.

‘At that point, it’s either going to be able to go on its own or not.’

According to DLR, the scoop on the end of the arm is gently balancing the force of the Mole’s recoil in its hammer mechanism.

Because of this, operators are needing to frequently re-position the instrument arm and its scoop.

‘That is a very tedious operation,’ said Tilman Spohn director of the Institute of Planetary Research of DLR.

Around three months after InSight originally landed on Mars back in November 2018, the Mole was deployed and began penetration.

A depth of about 13 inches was reached fairly rapidly, NASA said, but repeated hammering resulted in no further progress into the surface.

The Mole was designed to penetrate as far down as 16 feet, but needs to be at least 7 feet (2 metres) deep before it can take useful measurements. 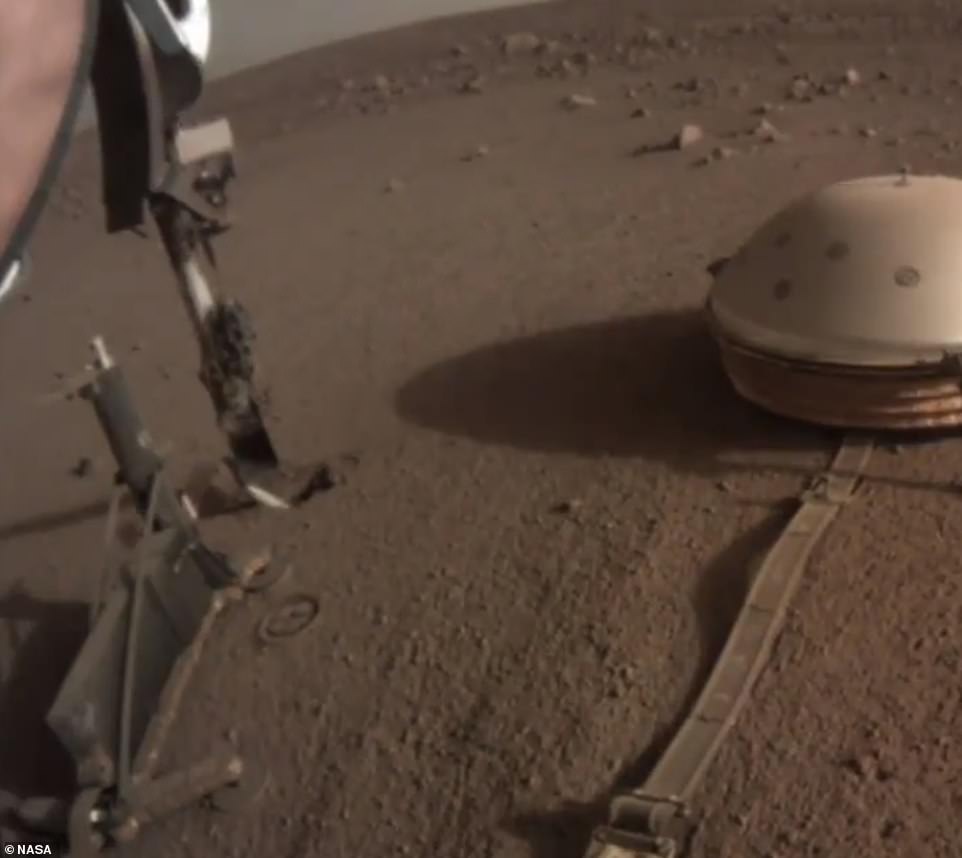 New footage as the Mole finally makes steady progress in its descent into the surface of Mars. The mole, described as a ‘self-hammering nail’, aims to measure thermal properties of the planet’s interior

Scientists originally thought the probe may have become stuck on a particularly strong rock, but observations determined unforeseen properties of the Martian soil were to blame – in particular the duricrust, which is sand cemented together by salt.

Experts believe that the duricrust – which is hidden from sight by a layer of loose surface material – is around 2–4 inches (5–10 centimetres) thick.

NASA said relocating the Mole is not an option, partly because it would encounter the same problem. 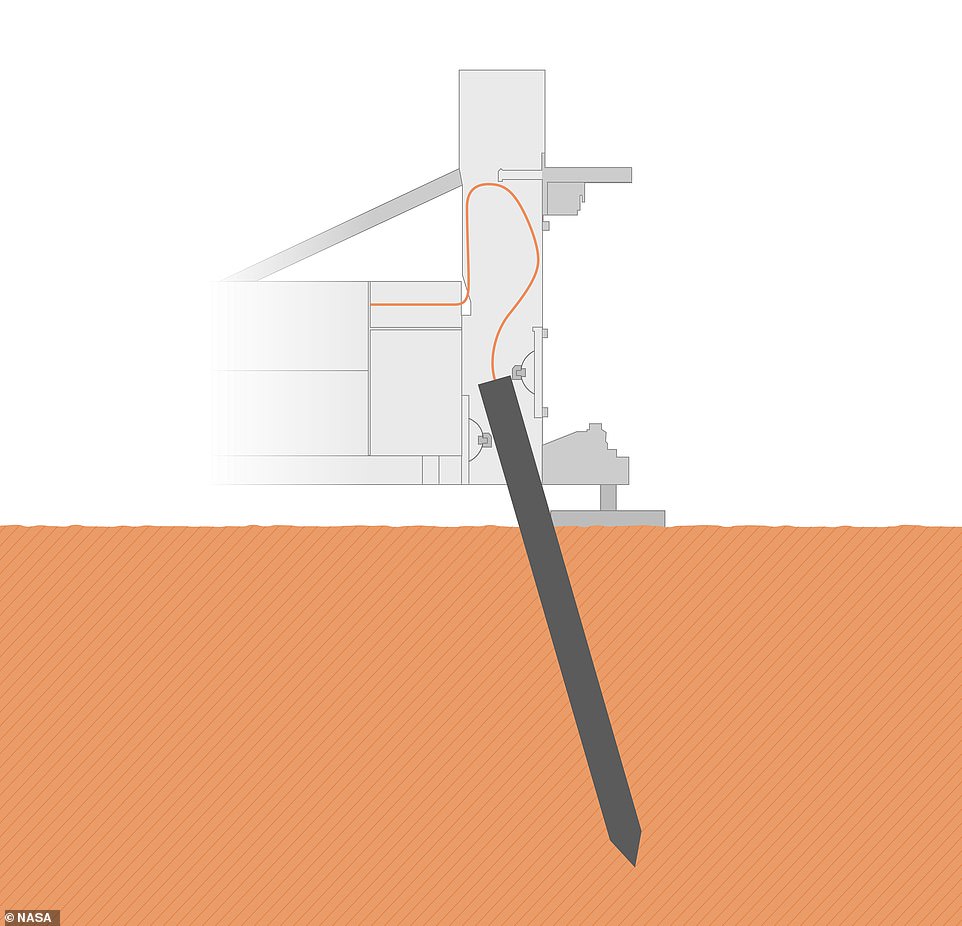 As of October, NASA engineers appeared to be making some progress by using the scoop to push the mole sideways against its hole, before revealing a new plan to push down on top of the Mole back in February.

NASA says the goal is to stop the Mole from popping out of its partially dug hole and prevent it from almost burying itself.

However, the arm won’t be able to push down too hard, for fear of damaging a ribbon-like stretch of wires that delivers crucial data back to InSight.

NASA said it hasn’t seen any noticeable difference between the performance of the mole on Mars and what has been seen in testing on Earth, nor has it seen evidence that the Mole’s hammering mechanism is damaged.

All other instruments on InSight are operating as well or better than expected, according to Banerdt.

WHAT ARE INSIGHT’S THREE KEY INSTRUMENTS?

The seismometer records the waves travelling through the interior structure of a planet.