The Predators gave Nashville a chance to give the man who wrestled an AR-15 rifle away from a gunman at a Waffle House a standing ovation.

James Shaw Jr. met with Nashville coach Peter Laviolette before Game 2 on Sunday night of the Predators’ Western Conference semifinal with the Winnipeg Jets and he was given his own personalized jersey.

The Predators also recognized several of the first responders from that deadly shooting a week ago in Nashville. 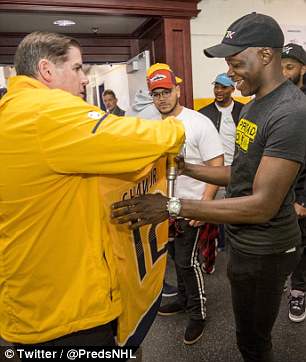 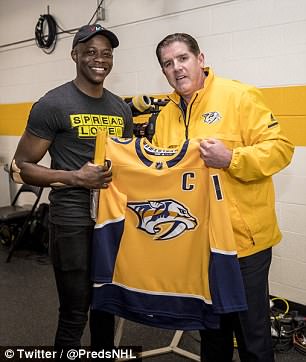 Shaw got a huge ovation from the crowd when he was pictured on the big  screen during the game.

The Predators beat the Jets 5-4 in the second period of overtime to level the series 1-1.

Police have credited the 29-year-old for averting more bloodshed after a gunman opened fire outside the Waffle House and then stormed the restaurant on April 22.

Four people were killed and four others, including Shaw, were wounded.

Parkland survivor and gun control activist Emma Gonzales also honored Shaw this weekend. On Saturday, she posted a picture of him and called him her ‘hero’. 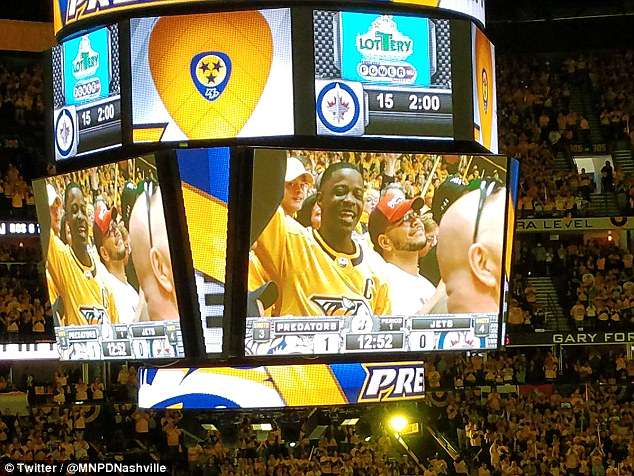 The packed arena gave the hero a standing ovation. The Predators also recognized several of the first responders from the deadly shooting a week ago in Nashville 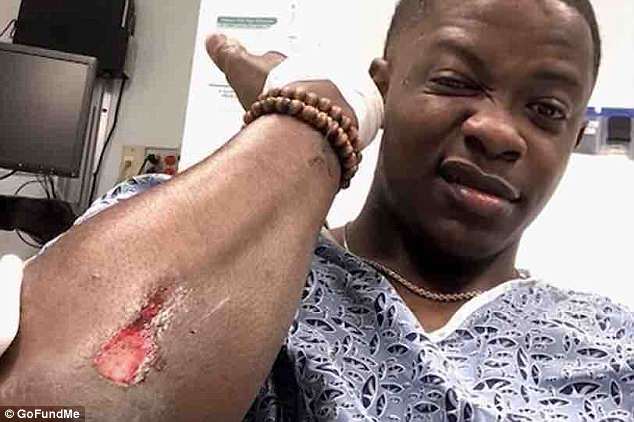 On Tuesday, Shaw told Tennessee lawmakers he faced ‘the true test of a man’ when he wrestled the AR-15 off a crazed and naked gunman during Sunday’s mass shooting.

Speaking on the floor of the state’s House of Representatives, Shaw insisted he acted to save his own life when he rushed gunman Travis Reinking, before grabbing his weapon and pushing him out of the door.

‘I never thought I’d be in a room with all the eyes on me, but you know, I’m very grateful to be here,’ Shaw told House members, who passed a resolution praising him for saving numerous lives.

Shaw, the father of a four-year-old girl, initially hid in the toilet but Reinking shot through the door, grazing his forearm, and the father-of-one decided it was time to fight back. 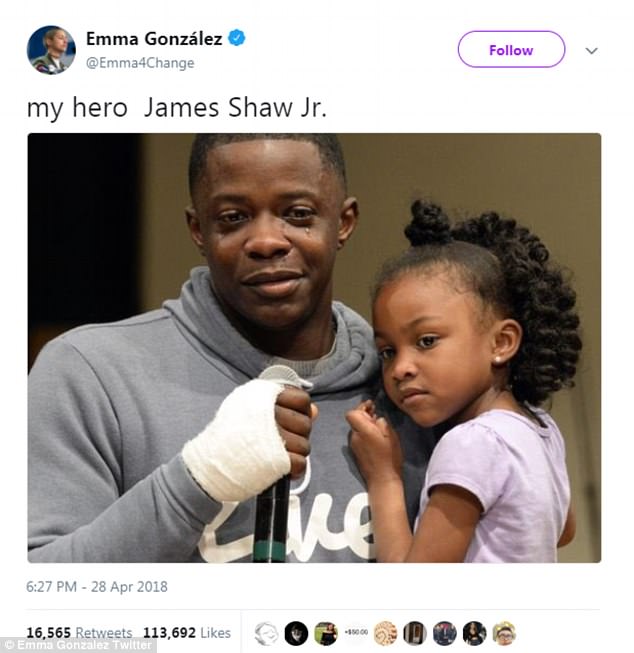 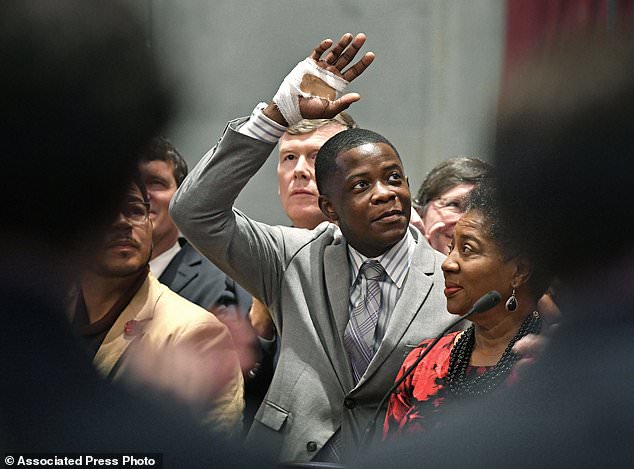 ‘I never thought I’d be in a room with all the eyes on me, but you know, I’m very grateful to be here,’ Shaw told House members. He is pictured waving to legislators with the hand he injured during the attack

‘I acted in a blink of a second. When he reloaded his clip, which felt like 30 minutes. I looked at him, and he wasn’t looking at me. He just had the barrel down. It was like, ‘Do it now. Go now.’ I just took off,’ he told the New York Times.

‘I hit him with the door and the gun was kind of jammed up. I grabbed it from him and I threw it over the counter top.’

Shaw then chased the killer out of the diner while the fleeing man hurled abuse at him for intervening. ‘I just wanted to live, and he was, like, astonished, that I wanted to live,’ he recalled.