They were England team-mates and are now two of the best voices in cricket.

Sportsmail brought Nasser Hussain and Rob Key together to talk the Hundred, England’s Test woes and all things cricket. 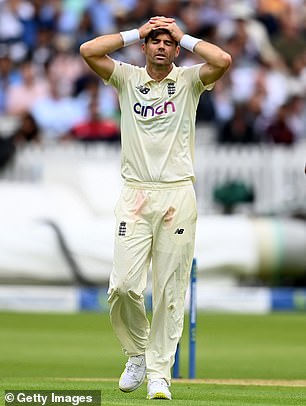 Paul Newman: You have both been commentating on the game’s new format the Hundred which reaches its climax at Lord’s on Saturday. What have you made of it?

Nasser Hussain: I’ve enjoyed it. The atmosphere has been brilliant and it does have a different feel about it. If you walk around the grounds, especially in the afternoon, you see lots of families there and I do think you are seeing a new young audience being attracted to cricket.

The figures for the women’s matches have been phenomenal and they are the biggest winners from the tournament. But there is collateral damage to Test cricket from having so much white-ball cricket at this time of year. The schedule is ridiculous.

Rob Key: The cricket itself has been electric, really, and the thing that has surprised me most is how quickly people have got behind their team. I played at the Oval time and again in front of packed crowds and it was always mixed support for Surrey and Kent. But at the very first Hundred game, the Manchester Originals came down and the crowd was so partisan towards Oval Invincibles. That has happened everywhere. 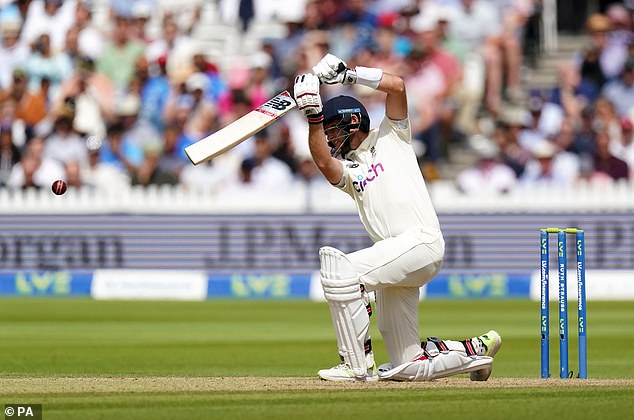 Newman: What about the collateral damage? Some old-timers like me have been cynical about the whole thing. How can we fit everything in and not undermine existing formats?

Key: That’s the million-dollar question. I agree about the schedule up to a point but England’s problems in Test cricket have not come about because of the Hundred. There was a lot of Championship cricket before the New Zealand series but England still got blown away with the bat. The techniques of England players have evolved through the environment they have played in for seven or eight years. We are seeing the results of years of neglect for red-ball cricket.

Hussain: I completely agree. Key was saying these things towards the end of his playing career, and this batting demise has been a long time coming. It’s not just England by the way. It’s red-ball batters around the world. It only seems to be the two World Test Championship finalists in New Zealand and India who are producing high-quality red-ball batsmen.

If you started with a blank piece of paper now you wouldn’t have this schedule but the problem is that every format wants to play in this chunk of summer. Joe Root has had his hands tied behind his back for over a year. That includes Covid bubbles, rest and rotation, injuries. 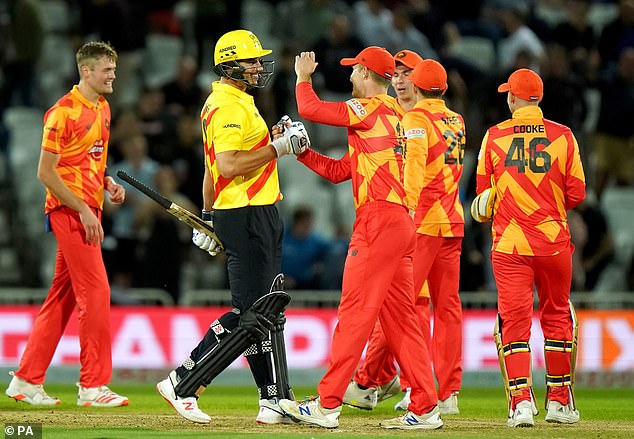 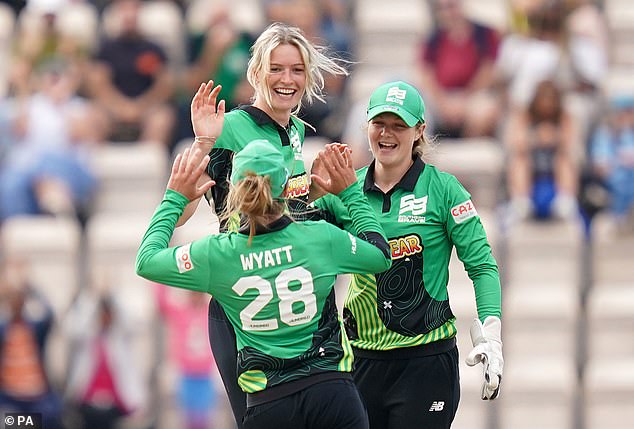 The most amazing thing is that when Rishabh Pant walked off at Lord’s on Monday morning, England were actually in a position to win the second Test. Joe, Chris Silverwood and Ashley Giles need to sit down and come up with a plan for red-ball batting.

Key: The thing that does have to give is the first-class game. We need quality four-day cricket rather than quantity. If you play 10 high-quality Championship games at a better time of year, which you probably could do, it would provide much better competition and preparation. Work the rest around it.

And play best against best. I don’t like the conference system we’ve had this year. Yes, the first division will be good when it starts up again but what about divisions two and three? Good luck to Alan Fordham who has to come up with the county schedule. It’s like the world’s most fiendish sudoku.

Hussain: And play on better pitches. We’ve had Simon Doull with us this season and he said New Zealand were going through this a few years ago. They decided to play on better pitches — not just flat — and four or five years down the line you can see the results in New Zealand’s Test batsmen. They have better techniques and they’re ready for Test cricket.

Root talked about this at the end of the series in India last winter. He didn’t blame the Indian pitches for England’s defeat. He blamed the English ones. And we haven’t even mentioned our lack of spinners. Once county pitches turn, like at Taunton, we dock points. 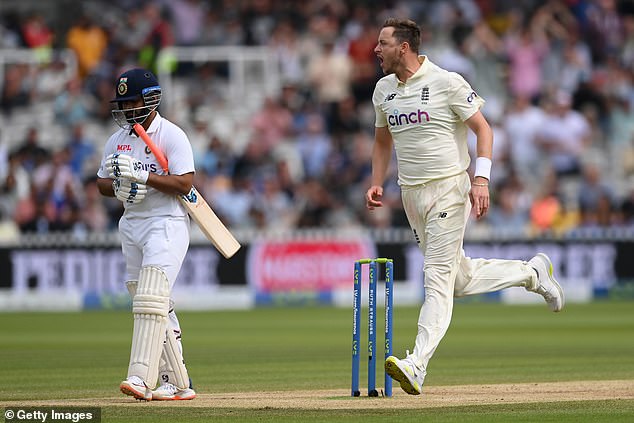 When Rishabh Pant walked off at Lord’s on Monday morning, England were actually in a position to win

Newman: What about this current Test series. Can England get back into it?

Hussain: It will be difficult with so many bowlers out injured, and the way England are batting. But, I repeat, they were in a position to win the second Test on the final morning so that game wasn’t all bad. They had a mad hour but that’s the brilliance of Test cricket. The game can change so often throughout five days. It could be different at Headingley. It has looked very flat this year. But these are two vulnerable batting line-ups.

Newman: You know Zak Crawley well, Rob. What do you make of his and England’s struggles?

Key: Zak has a slight issue just outside off-stump and he’s now working bloody hard to try to sort that out. I have no doubt he will come again. I was never picking Dom Sibley for this series. I don’t think you can defend your way to victory against India. You have to put them under pressure. 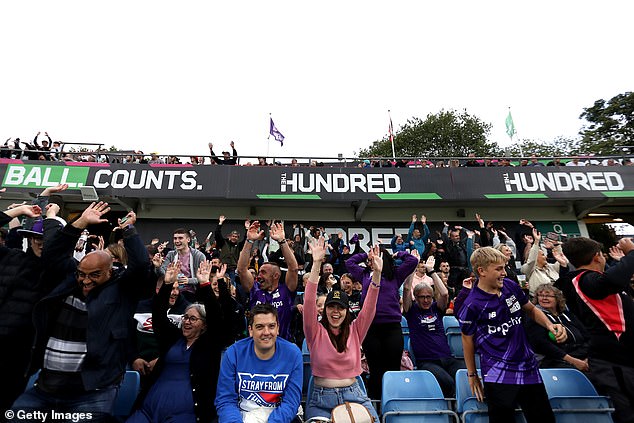 England have to be ruthless, too. Moeen Ali coming in was a good move but why do it then? Why have they kept Jack Leach around when, really, they don’t seem to rate him?

They didn’t even pick him against New Zealand at Edgbaston on a turner. Don’t give Sibley an extra game if you’ve decided he’s not up to it. Pick the players who are going to take you forward.

Newman: Can I ask you both about your relationship? You have a great rapport on air.

Hussain: We don’t have a relationship! 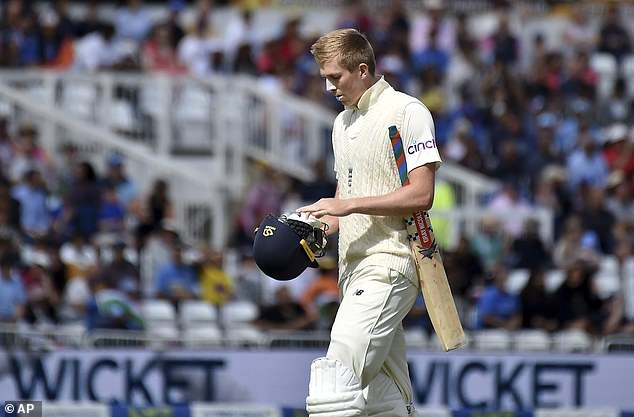 Key: I’m no longer scared of Nass. I’ve seen the fraud he is. All the abuse he used to give out as captain. He’s actually a kind-hearted soul and one of the most generous guys going. We just never saw that side of him when we were playing.

Hussain: I never really got to know Rob well as a player, to be honest, because he was too busy trying to be the third musketeer with (Andrew) Flintoff and (Steve) Harmison! But recently I’ve realised he’s a decent bloke and has got a good cricket brain. I didn’t see that when he was trying to make jokes in the slips with Flintoff and dropping catches.

He knows the modern game, too. Rob has the ear of people in the game so when, for instance, we’re waffling on and asking why batsmen are standing on off-stump this season, he tells us why. He’s a bloody good broadcaster and I’m always pleased to see him when I turn up to work at a ground.

Key: Now I feel bad I didn’t give a sincere answer and just took the option to take the mickey out of Nasser. But unfortunately it’s out there now.

Newman: You’re going your separate ways after tomorrow’s Hundred final. Nasser is off to the third Test and you’re covering the Twenty20 Blast quarter-finals, Rob? 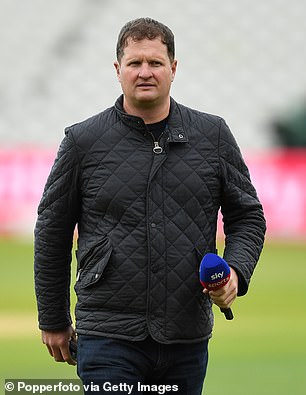 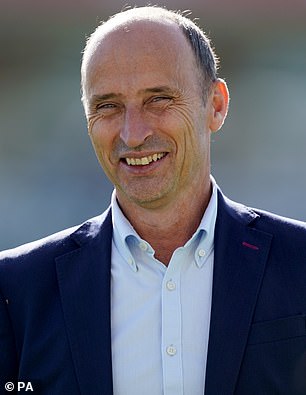 Hussain: Our guys at Sky have been doing a brilliant job on the Test series. Dinesh Karthik has been a fantastic addition. It’s all gone up a notch now. Virat Kohli drives this India side forward but I’m proud of our captain. Joe is a credit in the way he handles himself and with all the runs he’s scoring.

I just hope everything that has happened will not weigh him down because he’s a fabulous cricketer and a great bloke. I’m looking forward to seeing him score more runs on his home ground at Headingley next week.

Key: I’m very interested to see how the Blast will be after the Hundred. This is the Blast’s chance to stand up for itself and that will be fascinating to see. I’m expecting big crowds and a different atmosphere. I’m going to Taunton which has been the heartbeat of the Blast and does it so well. And one thing I’m going to enjoy — calling it an over. And not asking if a bowler is going to carry on after five balls.