Natalie Portman arrived back in the United States after a long trip to France, which included attending events during Paris Fashion Week.

The Oscar-winning actress touched down at John F. Kennedy International Airport in New York on Friday, and then was spotted making her way through the turnstiles with at least one gal pal.

Portman had been hard at work shooting the upcoming Apple TV+ miniseries Lady In The Lake, which started in April, but over the summer the production was temporarily halted after receiving threats of violence.

Back in the U.S. Natalie Portman, 41, was the picture of casual comfort when she arrived in New York on Friday after taking a trip to Paris France

For the flight across the Atlantic, Portman, 41, kept thins casual and comfortable in the fashion department in dark blue jeans and a black sweatshirt over a white tee.

Rounding out her overall look, the Black Swan star wore pointed black leather boots and her long brown tresses pulled back into a bun with a part in the middle.

Opting on the side of caution, the mother of two wore a protective face mask over her mouth and nose, which at this point in the COVID-19 pandemic is optional.

Sh appeared to be traveling with at least one female friend, who also decided to wear a face mask. 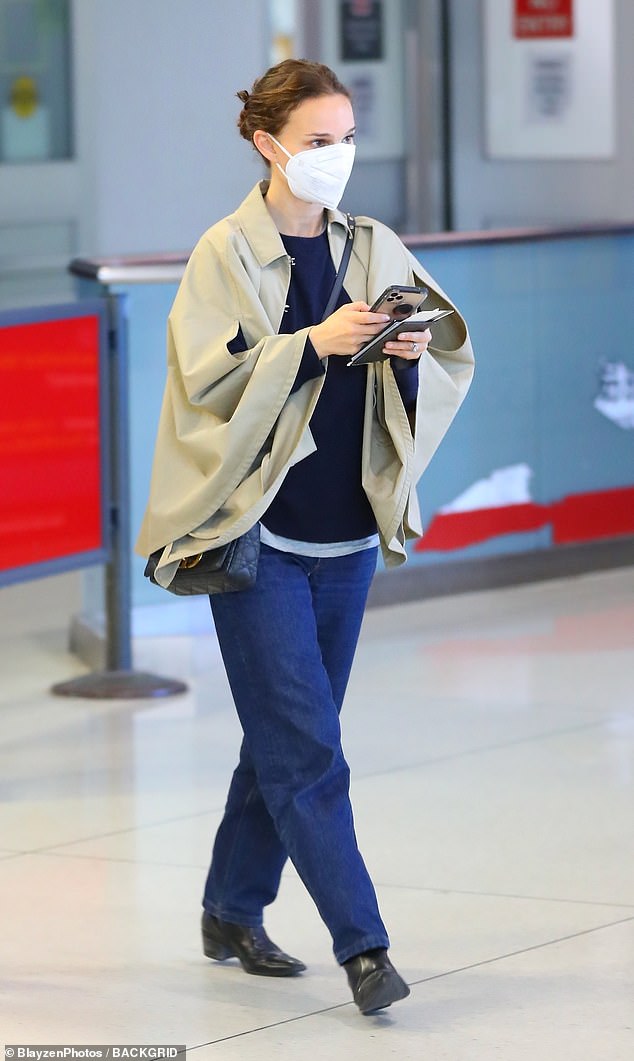 Casual-cool: The Oscar-winning actress wore dark blue jeans, a black sweatshirt over a white tee, a light brown jacket and pointed leather boots for the flight

Portman had been seen making the rounds during Paris Fashion Week, which included checking out the Dior Womenswear Spring/Summer 2023 Fashion Show a couple of weeks ago.

At this point, there’s no telling whether Portman is now headed back to the set of Lady In The Lake, which has been filming in Baltimore, Maryland.

Production was paused in late August, due to that threat, which has since been attributed to local drug dealers who said they would shoot up the set unless they were paid $50,000.

‘The leaders of the production decided to err on the side of caution and reschedule the shoot after they found another location,’ the Baltimore Police Department told the Los Angeles Times.

The miniseries, for which Portman plays a journalist investigating a murder while also serving as executive producer, is expected to continue filming through the fall, according to Variety. 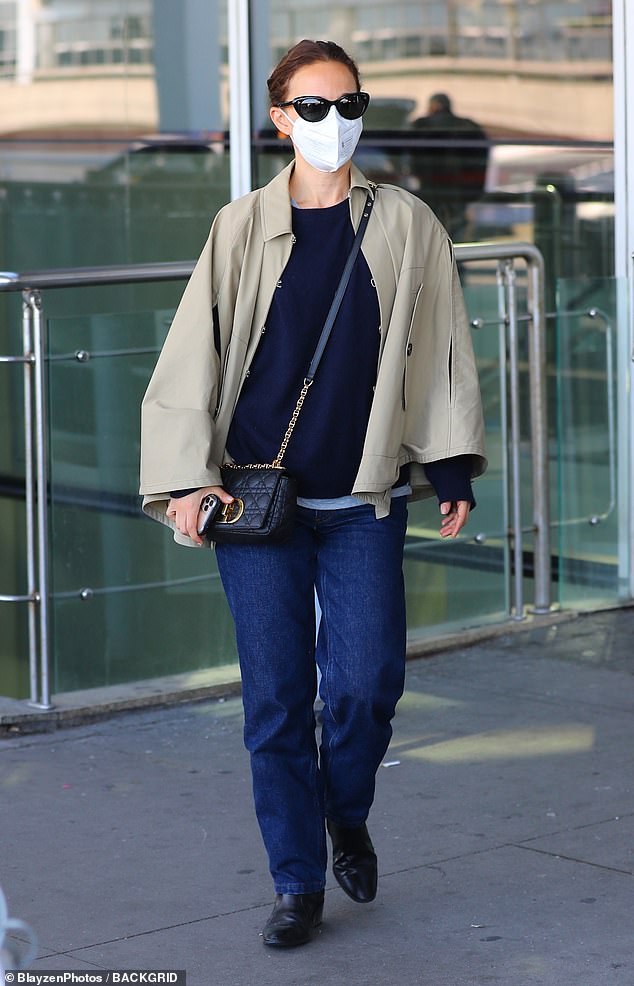 Her current gig: So far there’s no word on whether Portman was heading back to the set of Lady In The Lake, which has been filming in Baltimore after having the production temporarily halted due to a threat of violence attributed to local drug dealers

During her recent travels, Portman also made her way to Canada for the Toronto International Film Festival, where she supported her husband Benjamin Millepied’s film Carmen.

The musical drama, which is Millepied’s directorial debut, had its world premiere at the prized festival.

The couple actually met on the set of Black Swan in the fall of 2009. Portman, who starred alongside Mila Kunis, went on to win the Best Actress Oscar, while the ballet-trained Millepied was hired to choreograph the film. 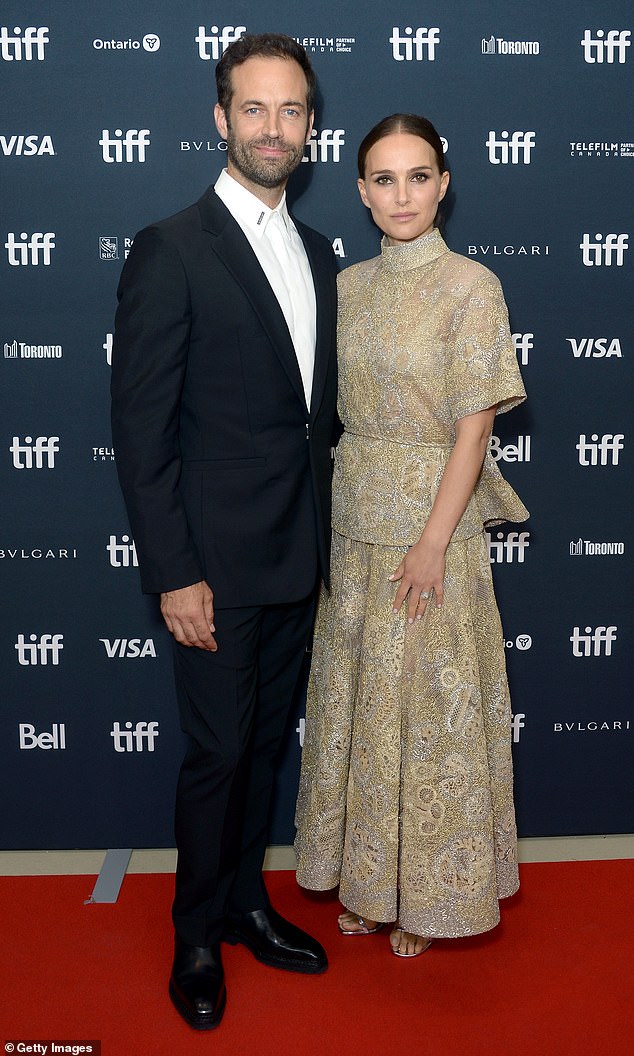 Supportive: Portman played the role of supportive wife to husband Benjamin Millepied, 45, when his new musical drama film made its world premiere at the Toronto International Film Festival in Toronto, Canada in September