Natalie Roser and Harley Bonner dressed up for Halloween

They’re the genetically blessed couple who make a stunning couple on the red carpet.

And even in costume Natalie Roser and Harley Bonner are just as loved up, the pair dressing up as famous villains for Halloween.

Natalie posted to her Instagram on Saturday showing the pair lovingly embracing, dressed as Batman villain Harley Quinn while her Neighbours beau was dressed as Heath Ledger’s famous 2008 chilling adaptation of The Joker in The Dark Knight.

‘My puddin’: Natalie Roser and Harley Bonner shared a loved up snap in full Halloween attire on Saturday to their Instagram

‘My puddin,’ she captioned the cute snap of the pair.

Natalie placed her arm around Harley as she sported red and black makeup around her eye sockets, connecting perfectly to achieve the character’s desired colour scheme.

She wore a low-cut white collared top that showed off her cleavage, tucked into a tight black corset that hugged her slim figure complete with red sweatbands on both of her arms. 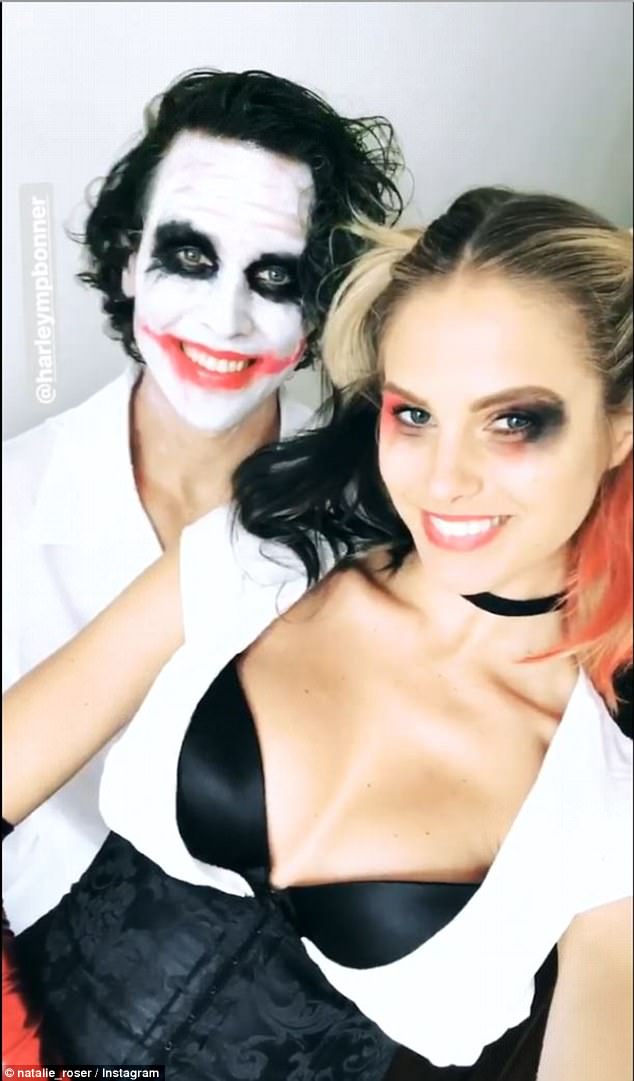 Cosplay! The pair dressed as Batman villains The Joker and Harley Quinn

The model rounded out the bottom of her outfit with a pair of red and black tights that matched perfectly with her dyed ends of her blonde locks that were tied into pigtails that hung effortlessly over her shoulders.

Harley’s costume on the other hand was much more sinister, with his whole face painted completely white with carefully applied lipstick smeared across his lips and over his cheeks to imitate the scars the famous villain gloats about.

Extremely dark eye shadow was applied around his eyes, making his pupils look dilated and terrifying as she stared boldly down the lense of the camera. 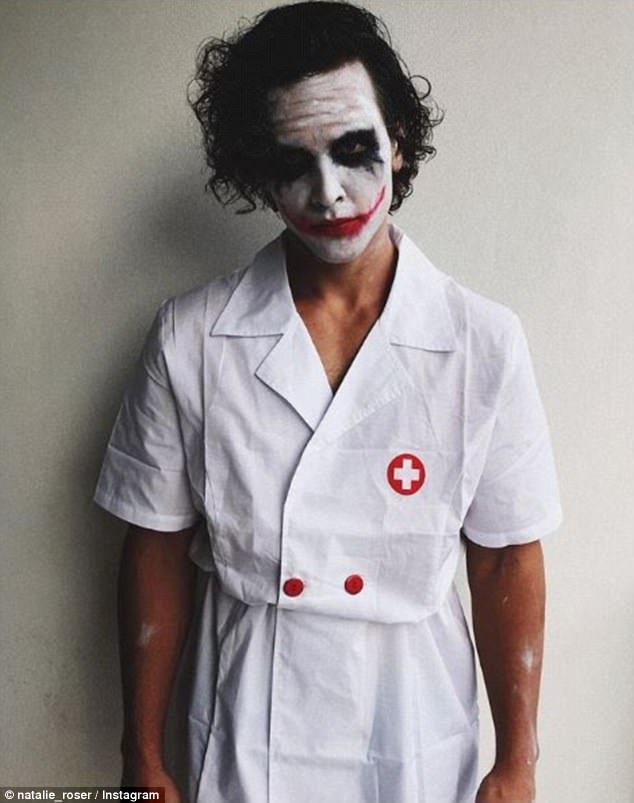 Scary! Harley’s costume was based on the 2008 performance of Heath Ledger as The Joker in Batman film The Dark Knight

Harley mimicked the character’s long and curly brunette locks by applying a significant amount of hair gel to make his hair appear wet, hung over the top part of his shoulders.

The couple also uploaded a video wishing Natalie’s follower’s a happy Halloween as Natalie moved her hips and did a tiny dance in sync with the three syllables of the greeting.

The pair revealed they were in a relationship earlier this year, before Natalie relocated from Sydney to move in with Harley in his hometown of Melbourne. 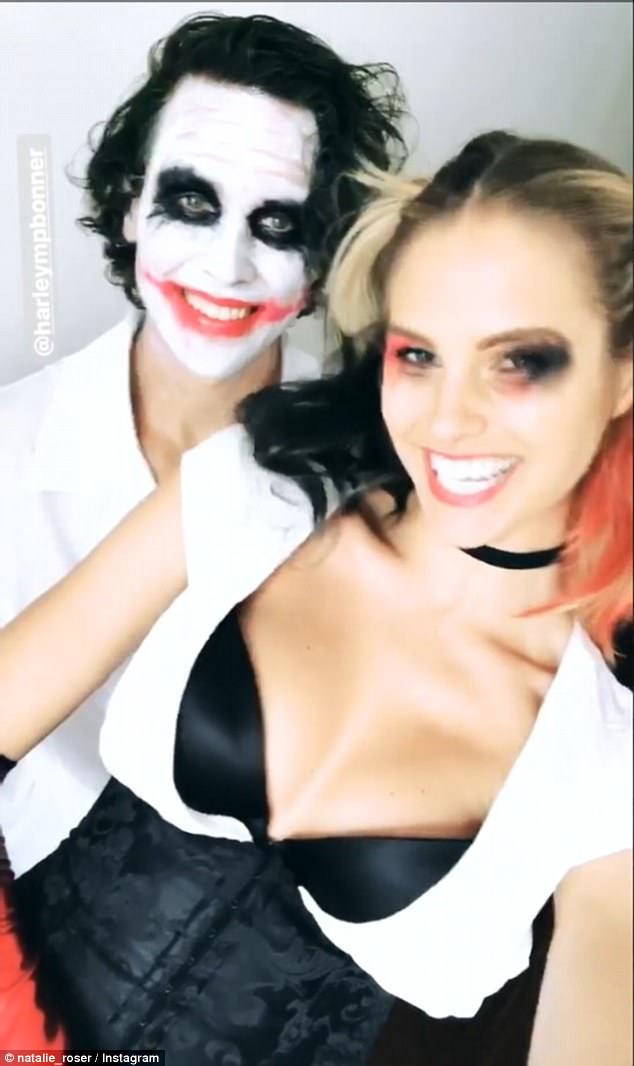 Lovebirds! The pair revealed they were n a relationship earlier this year back in May, before Natalie relocated from Sydney to move in with Harley in his hometown of Melbourne