Nathan Cleary bounces back from Origin disappointment as Panthers thrash Knights, with Blues coach Brad Fittler SHOCKED by the criticism the star halfback received after loss to Queensland

Nathan Cleary put a difficult week behind him in empathic fashion, leading the Panthers to a 42-6 thrashing of Newcastle on Sunday as he received backing from New South Wales coach Brad Fittler.

The Penrith gun was uncharacteristically off-colour in the Blues’ loss to Queensland in the State of Origin opener on Wednesday night, and accepted the blame for New South Wales’ 16-10 loss.

Any concerns Cleary may still be affected by the criticism he received for his performance in Game 1 were swiftly quashed as he crossed after four minutes to score the first of Penrith’s seven tries in Newcastle.

The star halfback converted all but one of the seven scores and added a field-goal in a stunning individual performance, which also included a try assist a tackle bust, an offload and a linebreak assist.

Speaking ahead of the game, former New South Wales star and Fox League host Braith Anasta noted Cleary ‘will want to bounce back’ following a disappointing performance on Wednesday.

The 24-year-old did exactly that, running the show as the reigning premiers took a 26-0 at halftime. 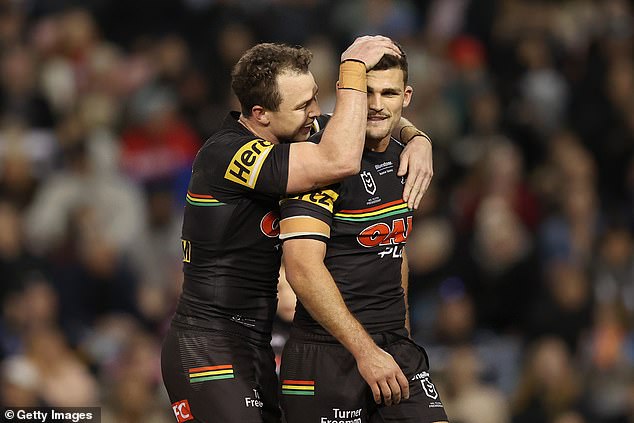 Cleary scored a try, set up another and converted six of the Penrith’s seven tries 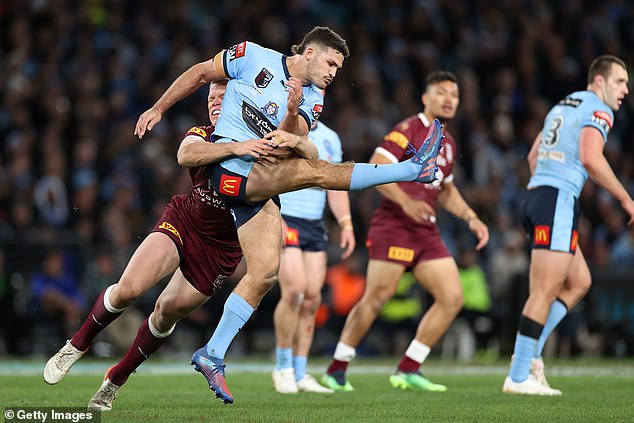 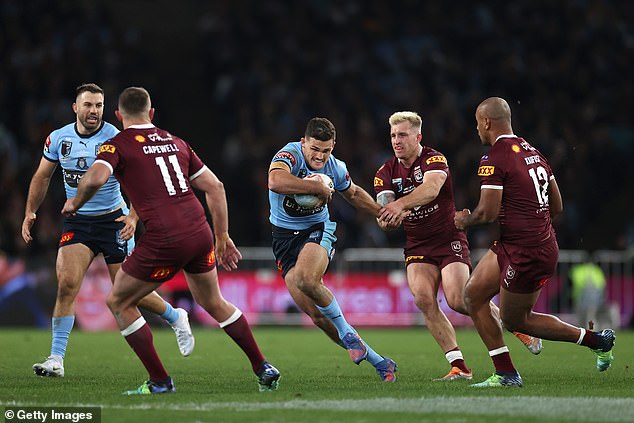 ‘He [Cleary] was never going to be under pressure but it wasn’t one of his better ones so he’s hit back like all champions do,’ Anasta said after the game.

Cleary’s impressive showing came as he received support from Fittler, who said he was surprised by the criticism directed the star halfback following the loss to Queensland.

‘The attention that he gets still shocks me. I want to say we let him down on the night – not the other way around,’ he told the Sydney Morning Herald.

‘We owe it to him to be better. But he has to feel this pain. All the great ones do. And it will only make him better in the next game and beyond that.’ 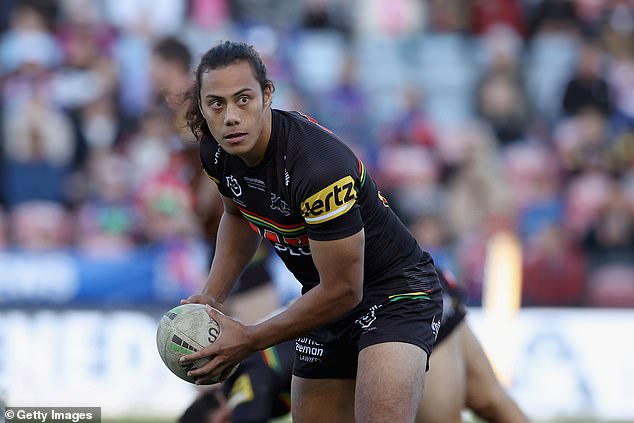 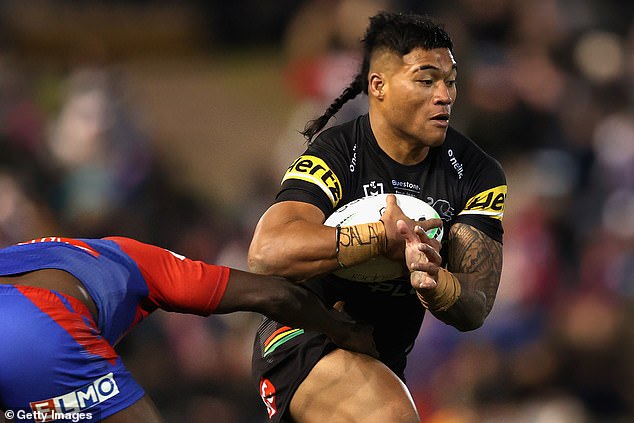 While Blues star Brian To’o racked up three linebreaks, nine tackle busts and finished with 227 metres off 23 runs as the Panthers demolished Newcastle

The Blues halfback clearly appreciated the show of support.

‘It’s hard not to feel supported when you know you have a coach who will stick by you in good and bad times,’ he said.

Cleary wasn’t the only New South Wales star to look back to his best on Sunday, with Jerome Luai, Stephen Crichton and Brian To’o all delivering the goods for Penrith. 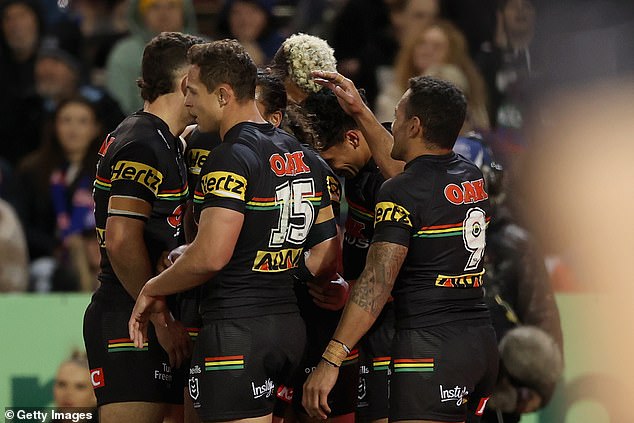 The Panthers consolidated first place with the win, their 13th in 14 games this season

The win consolidates the Panthers’ first place on the NRL ladder, while the Knights remained 13th after a ninth loss in their 13 outings.

To compound matters for Newcastle, they lost captain Kalyn Ponga to a head knock early in the game after the Queensland fullback failed an HIA.