ESPN analyst Ryan Clark did not mince his words in the aftermath of Denver’s shock loss during Russell Wilson’s return to the Pacific Northwest.

Wilson and his new team lost to the Seahawks in a thrilling 17-16 game at Lumen Field but had a late chance to win as Brandon McManus’ 64-yard field goal attempt missed wide-left.

Clark was infuriated with Denver coach Nathaniel Hackett’s decision to remove Wilson and his offense on fourth & five at Seattle’s 46-yard line. 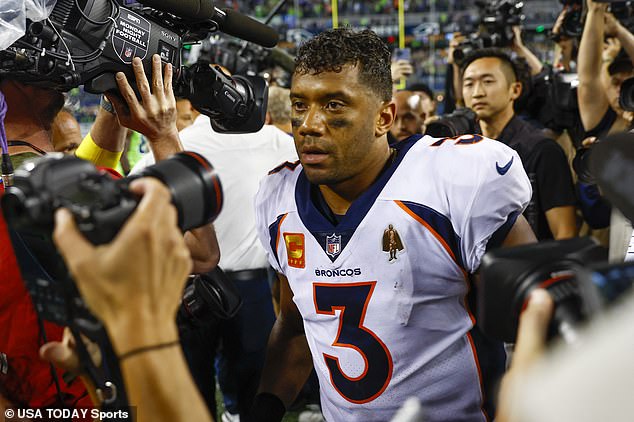 ‘I’m not paying $256million to kick a 64-yard field goal on fourth and five with a minute left,’ he told Scott van Pelt following Monday Night Football on ESPN.

‘You go out and get Russell Wilson for the first reason because eventually you expect to win a championship.

‘But you get him for those moments, you get him to be in Seattle — where you just got him from — with an opportunity on fourth down to show you why he believes he’s one of the best in the world.

‘If you’re Nathaniel Hackett, you have to give Russell Wilson that chance. 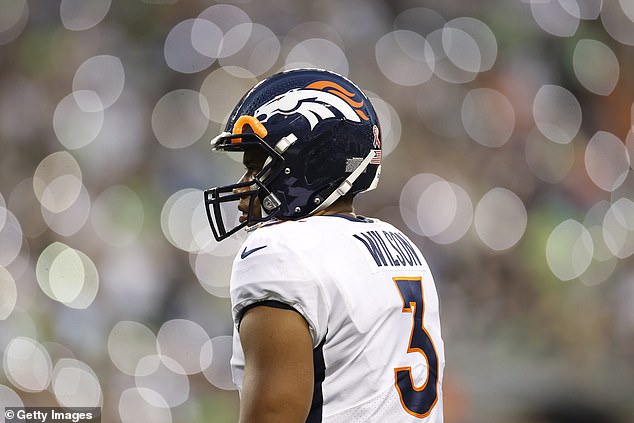 ‘Imagine walking back into the locker room in Seattle after Russell Wilson has gotten you fourth & five, then put you in field goal position to win the game, when you don’t play well.

‘I think that was the moment where guys needed to be able to walk into the locker room and say “Oh we’ve gotten one.

‘”It’s not more Teddy, it’s no more Drew, we have a guy that can take us to the promised land.” 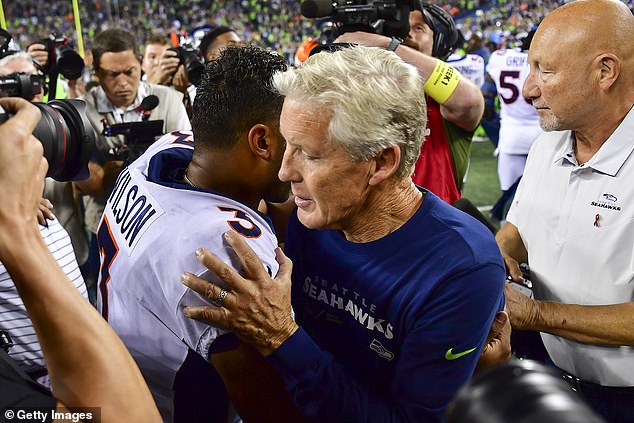 Russell and Carroll spent a decade together, winning a Super Bowl in Wilson’s second year

‘Nathaniel Hackett stole that moment from him.’

‘I thought Javonte (Williams) made an incredible play and put us into the field-goal mark we were looking for,’ Hackett told reporters. 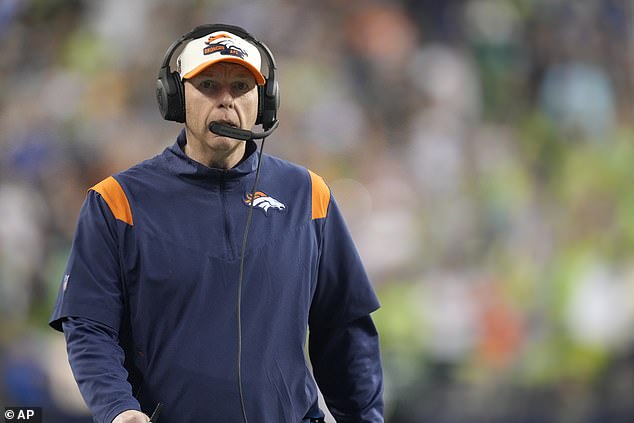 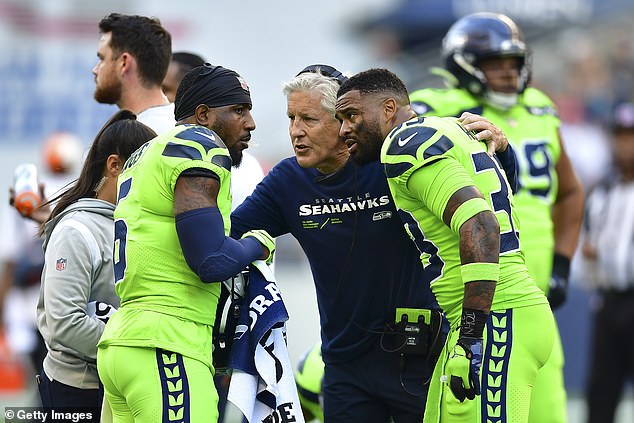 Pete Carroll masterminded a wonderful defensive performance from his players throughout

‘I have confidence in [McManus]. If we have to put him in that situation again, I think he’ll be able to make it.’

Wilson’s former coach, Pete Carroll, expressed his shock at Wilson’s absence in what proved to be Denver’s final play of the game.

‘I was surprised they took Russ out there at the end,’ the 70-year-old said postgame.