National Action couple who named their baby ‘Adolf’ are jailed

A neo-Nazi couple who posed in Ku Klux Klan robes and named their baby after Adolf Hitler have been jailed.

Adam Thomas and Claudia Patatas were found guilty of being members of the extreme right-wing organisation National Action, which was banned in 2016.

Thomas, 22, was today handed a six-and-a-half-year sentence at Birmingham Crown Court, while Patatas, 38, got a five-year jail term. 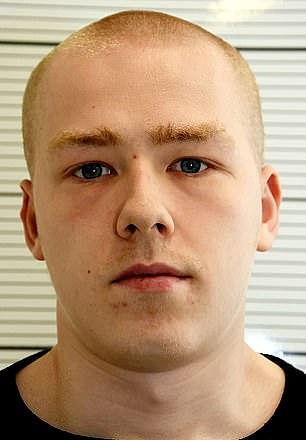 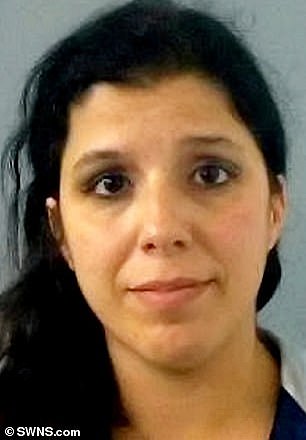 The couple adorned their home near Banbury, Oxfordshire, with Nazi and Ku Klux Klan flags

Judge Melbourne Inman QC, sentencing Patatas, said: ‘You were equally as extreme as Thomas both in your views and actions.

‘You acted together in all you thought, said and did, in the naming of your son and the disturbing photographs of your child, surrounded by symbols of Nazism and the Ku Klux Klan.’

The couple both wept and held hands in the dock as they were sentenced, while Thomas repeatedly shook his head.

Both had been involved in what the judge called the ‘desecration’ of civic memorials with National Action stickers, including one in Leamington Spa, Warwickshire.

The judge said: ‘You went there, defacing a memorial for those who died in the war protecting this country from the Nazis.’

He told Thomas: ‘Your home with Patatas was a veritable shrine to extreme racism.

‘You and she gave your child the middle name Adolf and you were photographed on a number of occasions with the child, with you in KKK garb.’

He told Thomas, the only defendant to give evidence at trial, that his views had been ‘so extreme’ his only recourse had been to claim to jurors he had ‘deliberately exaggerated, to shock’.

‘That was rightly rejected by the jury,’ the judge said. 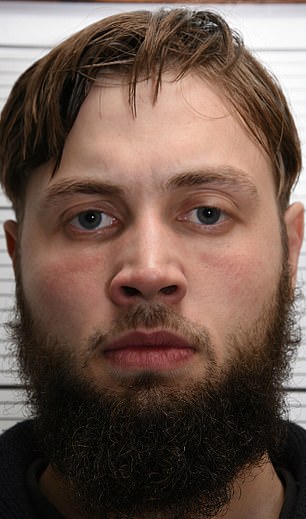 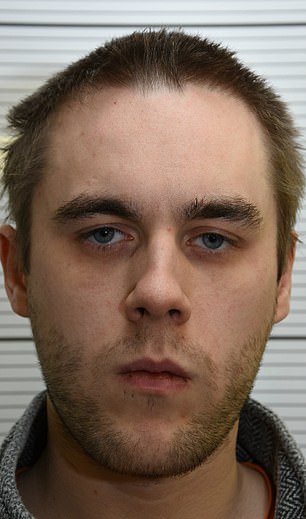 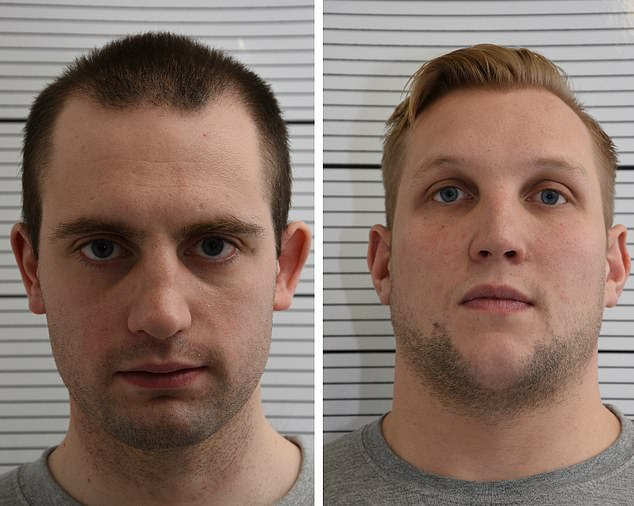 Turning to Patatas, Judge Inman QC, said: ‘I have seen no shred of remorse.’

He told her: ‘On one occasion, you and Thomas said, if required, you each would be willing to murder a mixed-race child.

‘These are not idle words. The vile regime you and Thomas worship, and which you wish to impose on this country, did – and would do – exactly that.

Taking account of her one-year-old child, the judge said: ‘As an act of mercy, I reduce your sentence from six to five years.’

Also jailed were Daniel Bogunovic, 27, of Leicester, Darren Fletcher, 28, of Wolverhampton, Joel Wilmore, 24, of Stockport, and Nathan Pryke, 27, of Cambridge.

The court heard Fletcher recorded a sick video showing him teaching his toddler daughter how to do a Nazi salute.

He also pleaded guilty to five breaches of a criminal anti-social behaviour order and was sentenced to a total of five years in prison. 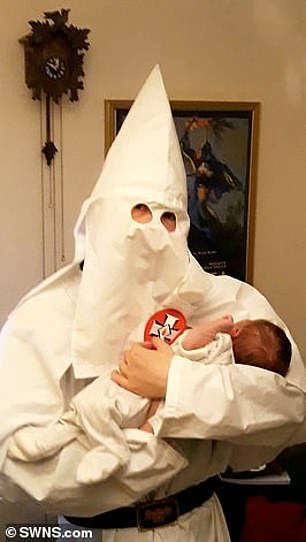 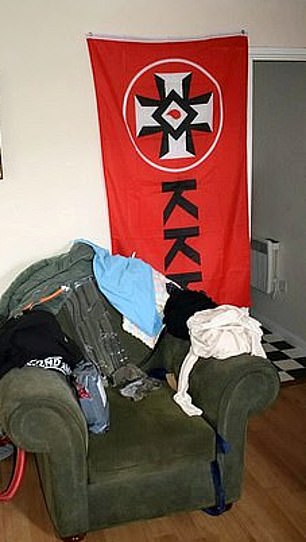 Thomas was pictured with his baby while wearing KKK robes. A banner also hung in their home

The court heard Bogunvic belonged to the ‘Inner’ group on the encrypted chat platform Telegram. He was jailed for six years and four months.

A jury at Birmingham Crown Court heard Thomas and Patatas gave their child the middle name ‘Adolf’ and had Swastika scatter cushions in their home.

Photographs recovered from their address also showed Thomas cradling his new-born son while wearing the hooded white robes of a Ku Klux Klansman.

Former Amazon security guard Thomas and Patatas, a wedding photographer originally from Portugal who also wanted to ‘bring back concentration camps’, were found guilty after a seven-week trial. 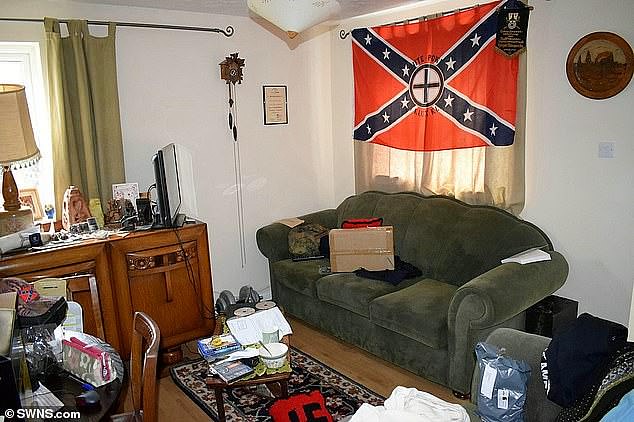 The white supremacist couple stockpiled an arsenal of weapons at their home and intended to wage a ‘holy war’ against black people, Jews, Asians and homosexuals, the court heard.

Thomas, a twice-failed Army applicant, was also convicted on a majority verdict of having a terrorist manual, namely the Anarchist’s Cookbook, which jurors heard contained instructions on making ‘viable’ bombs.

Daniel Bogunovic, 27, of Leicester, a leading member in National Action’s Midlands chapter, was also convicted of membership after standing trial with Patatas and Thomas.

He was described in court on Friday as a ‘committed National Action leader, propagandist and strategist’, within the group’s Midlands cell.

Fletcher, 28, of Wolverhampton, Wilmore, 24, of Stockport, Greater Manchester, and Pryke, 26, of March, Cambridge, all admitted membership of the banned group prior to the trial.

The Oxfordshire parents with KKK robes and a baby called Adolf

Thomas, 22, a former Amazon security guard, proudly told the jury how his stepfather was a member of the notorious 1980s white power band Skrewdriver. He also recalled his grandfather greeting him with a Nazi salute when he was about five.

Meanwhile, the KKK robes that Thomas wore in a series of photos shown to the jury – including one with his baby – were inherited from his great-grandfather, a supporter of Oswald Mosley’s British Union of Fascists in the 1930s. 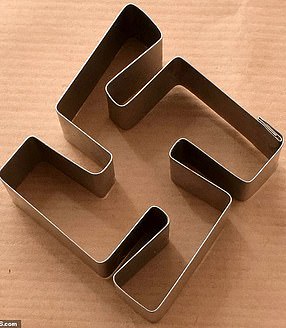 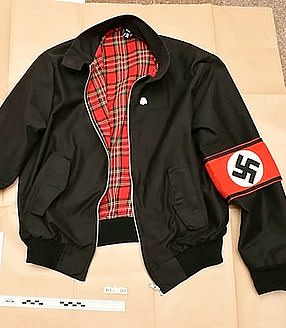 Police found numerous swastika design items at their home, including a cookie-cutter 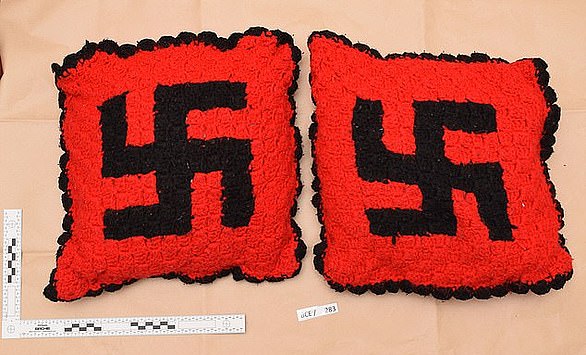 Born in Sutton Coldfield but raised in Birmingham, Thomas spent much of his childhood with his maternal grandparents, but he continued to see his parents.

The extremism that would lead him to National Action was already so ingrained in him that at school he was referred to the Government’s Prevent strategy after teachers overheard him racially abusing fellow pupils at the age of 13. The only white child in his class, he was eventually expelled and went to a special school. 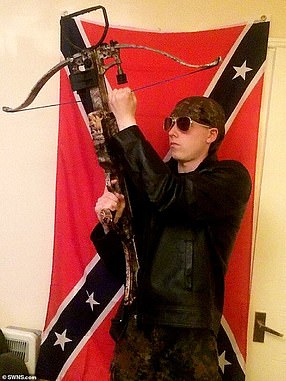 Thomas left without any GCSEs but in a bizarre turn of events two years later the self-confessed Holocaust denier moved to Israel, where he lived first in a kibbutz and then a college where he tried to convert to Judaism.

He met Patatas via the encrypted Telegram messaging app – also favoured by Islamic State recruiters – after flying back to the UK in 2016. Patatas was born and raised in Lisbon, Portugal, and graduated in English and Germanic philology. She had no known connections to the far Right.

Patatas moved to the UK in 2010 to live with a pagan far Right activist she met on a camping holiday. She fell under Thomas’s spell in November 2016 and soon became pregnant with their child.

Police said the couple’s baby son, looked after by his mother throughout the trial, will now be the subject of ‘normal safeguarding procedures’ but it was for social workers to decide on his future.