‘Pursuant to my direction, agencies have undertaken a comprehensive effort to review the full set of almost 16,000 records that had previously been released in redacted form and determined that more than 70 percent of those records may now be released in full,’ said Biden.

‘This significant disclosure reflects my administration’s commitment to transparency and will provide the American public with greater insight and understanding of the government’s investigation into this tragic event in American history.’

President John F. Kennedy and the first lady smile at the crowds lining their motorcade route in Dallas, Texas, on November 22, 1963. Minutes later the president was assassinated 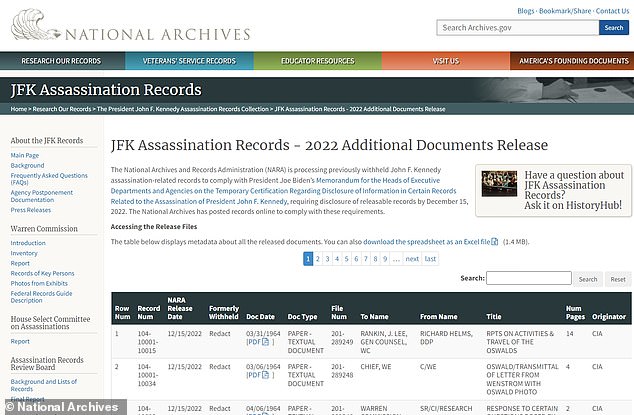 On Thursday, the National Archives released 13,173 previously classified documents in an unredacted form on its website. Hundreds more remain too sensitive to release

The release is the first since the Biden administration published 1500 documents last year.

But don’t expect much ammunition for those who believe Lee Harvey Oswald was not the killer or that far from acting alone he was merely the triggerman in a broader conspiracy.

Instead, officials told Politico the new information will help historians fill in some of the gaps about a turning point in American history, and probe why the government has been so reluctant to release all the documents. 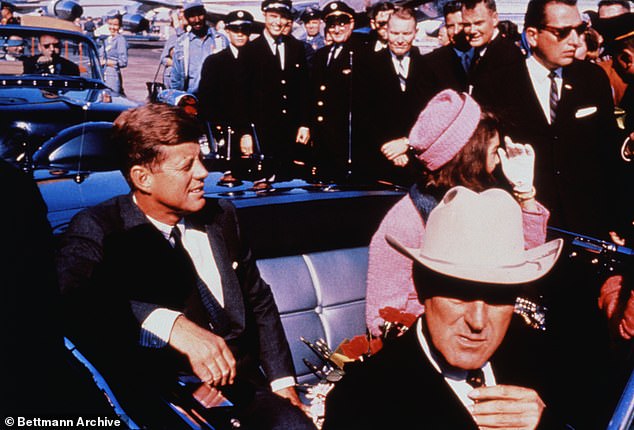 JFK and Jackie Kennedy are pictured in his car in Dallas, Texas, on November 22, 1963, moments before he was assassinated 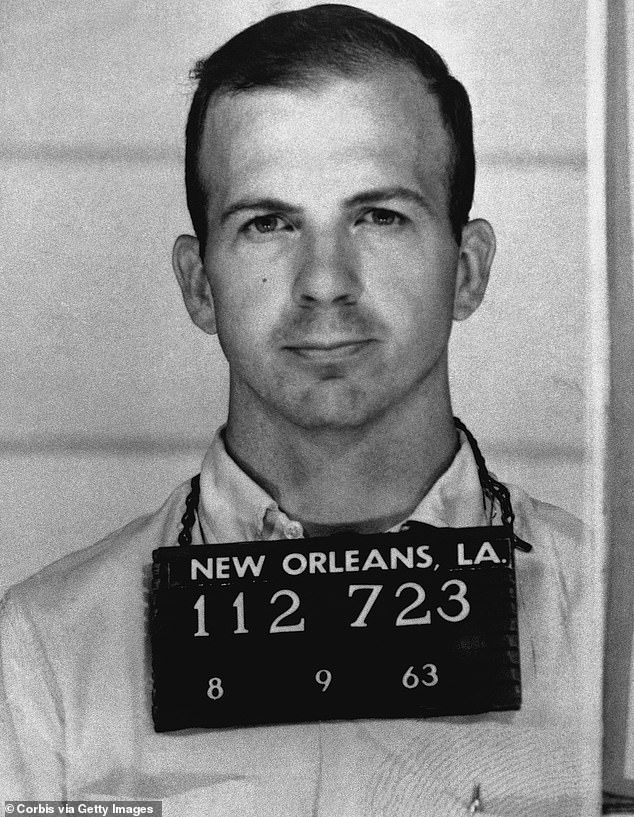 Many of the files focus on the activities of Lee Harvey Oswald in the weeks and years before he shot dead Kennedy, such as his visit to the Soviet embassy in Mexico City in September, 1963 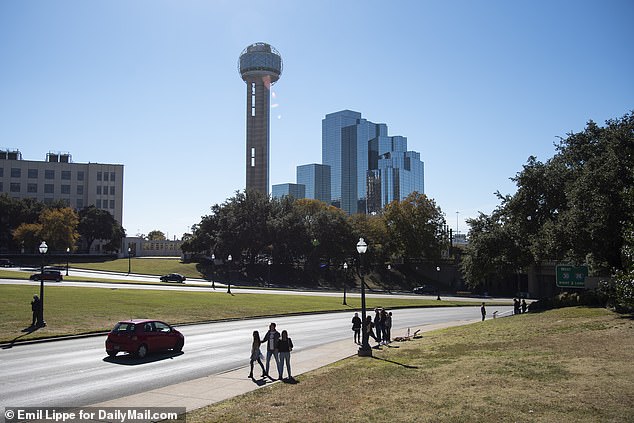 Tourists walk around the Grassy Knoll at Dealey Plaza in downtown Dallas, Texas – the scene of Kennedy’s assassination

The CIA has said it was created in 1960, suggesting the intelligence agency was worried about Oswald long before the assassination.

The President John F. Kennedy Assassination Records Collection Act of 1992 ordered that files should be released within 25 years – by 2017. But it also allows for presidents to use their discretion to keep records sealed.

Much of it has already been published, but portions remain secret on national security grounds.

One of the newly released portions came in a document detailing Oswald’s visit to the Soviet embassy in Mexico City in September 1963, two months before the assassination.

It revealed that a wiretap which captured Oswald’s phone call was a joint operation with the Mexican presidency, a fact unknown to local intelligence agencies. 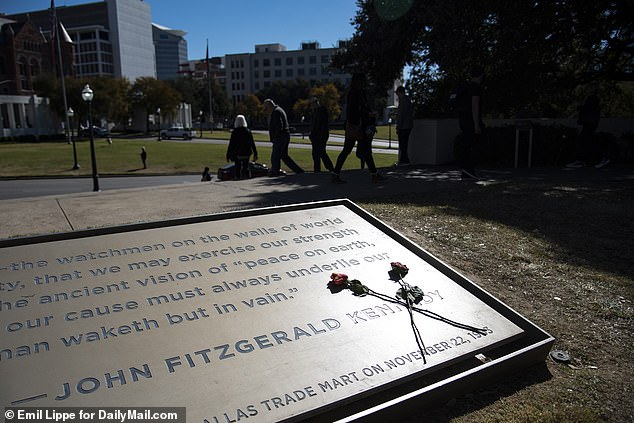 Flowers lie on a plaque with a quote from former President John F. Kennedy on the Grassy Knoll at Dealey Plaza in downtown Dallas, Texas on Tuesday, November 23, 2021

Kevin Carroll, a former CIA case officer, said it was an example of how redacted portions were likely to protect sources or relationships with foreign intelligence agencies.

In the aftermath of the operation, agents would have been checking with all their sources to see whether they might have relevant information, he said.

‘So I bet there are a ton of operations cables from late November 1963 of field officers reporting to Headquarters that, “Source X” had no details about the assassination or threats to other US officials,’ he said.

‘That kind of ops cable is irrelevant to the Kennedy assassination, but might reveal foreign officials spying for the US 59 years ago.’