By Cheyenne Roundtree For Dailymail.com

National Geographic has become the first brand to hit 100 million followers on Instagram and has launched a contest to celebrate the milestone, DailyMail.com can reveal.

To thank its Instagram followers who helped it reach the landmark achievement, National Geographic is encouraging users to submit their most Nat Geo-inspired photos from their own feeds using #NatGeo100contest.

The winner of the 24-hour contest will receive a National Geographic Tanzania Photo Safari trip, worth more than $10,000, where budding photographers will learn from experts how to work ‘with movement and light’ while capturing wildlife in Africa.

The nine-day trip will include visits to the Ngorongoro Crater and the Serengeti National Park, and the winner will stay in hotels, lodges and luxury tented camps.

To inspire contestants, National Geographic shared a variety of stunning images from contributing photographers for applicants to draw inspiration from.

‘We were considered cutting edge then, and through Instagram, we are finding new ways to blaze trails in visual storytelling 130 years later. Driven by our passionate fans and tremendously talented photographers, we are using Instagram to showcase our world through breathtaking images that inspire people to care about the planet. We are grateful and encouraged that 100 million people want National Geographic at their fingertips.’

Kaiau, who lives in the Posto Awã community in Brazil, is photographed with a baby black bearded saki monkey. It probably belongs to afemale family member as boys tend not to keep monkeys as pets. PHOTOGRAPH BY CHARLIE HAMILTON JAMES ( @CHAMILTONJAMES), NAT GEO IMAGE COLLECTION 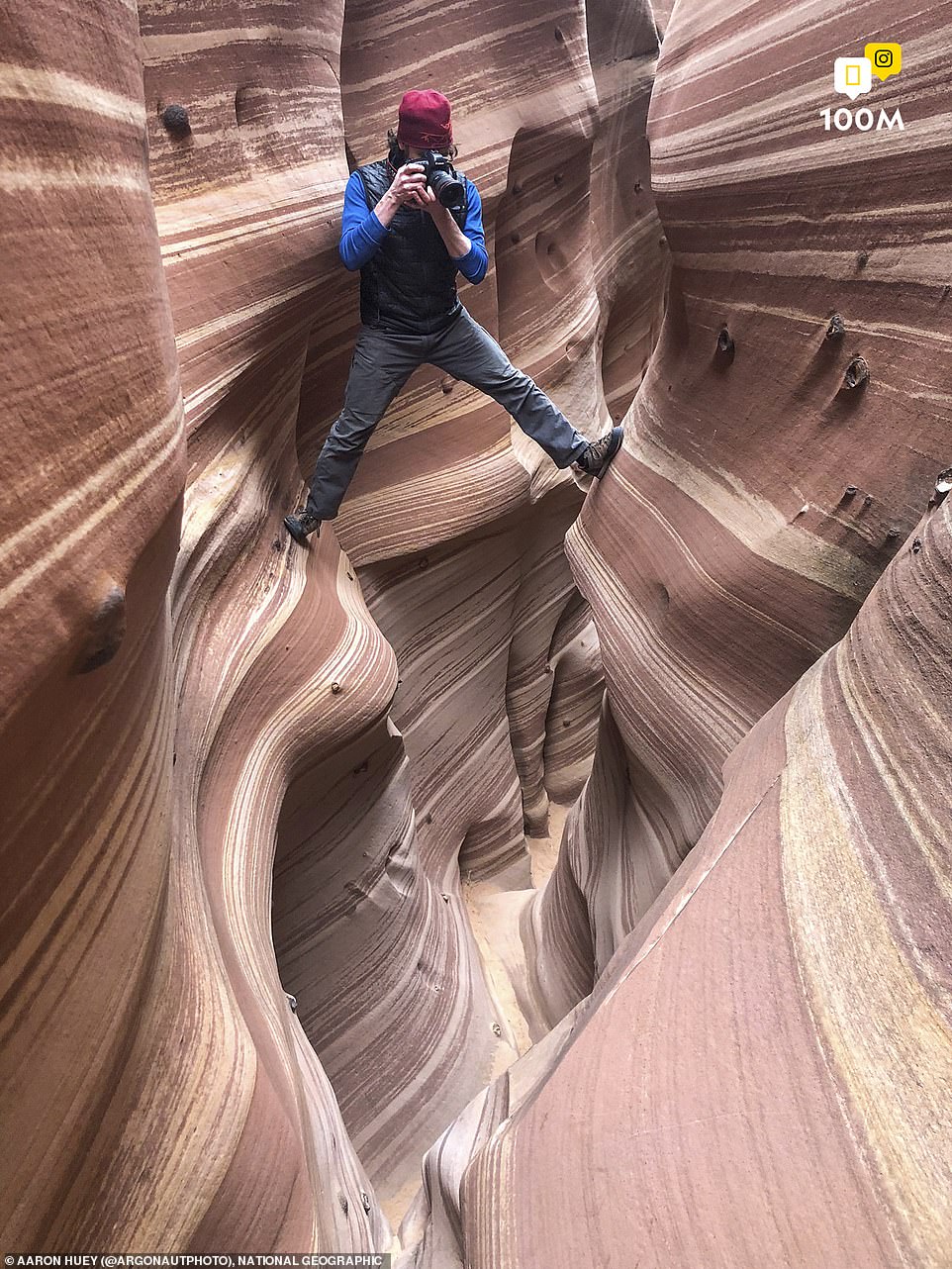 The zebra slot canyons in Escalante National Monument in Utah were not removed from the monument when President Donald Trump shrunk it and broke it up into three separate pieces, but the trail to access them and the buffer area around them was. PHOTOGRAPH BY AARON HUEY (@ARGONAUTPHOTO), NATIONAL GEOGRAPHIC 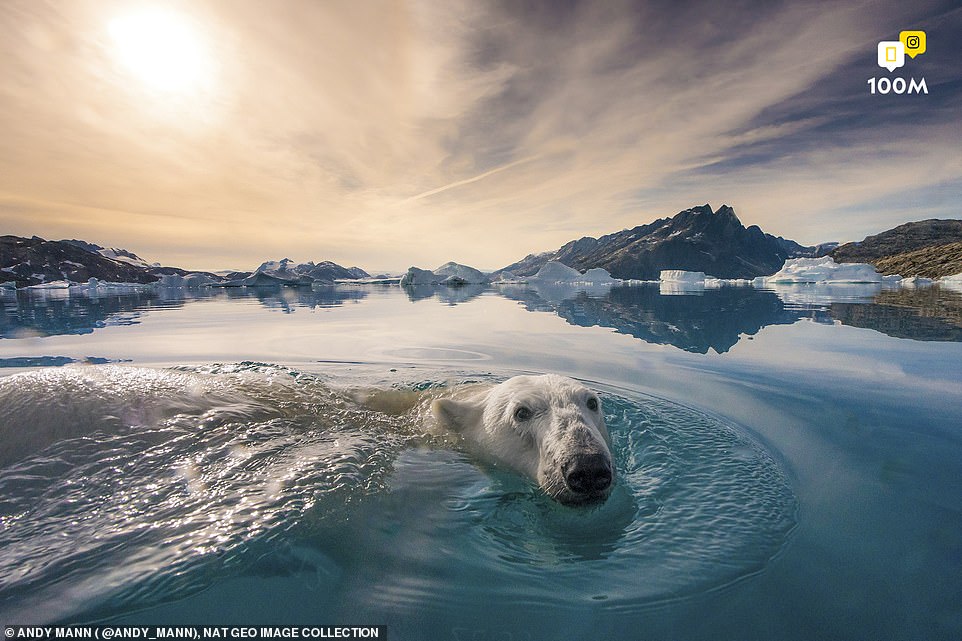 A polar bear swims up to checks out our boat. ‘There are moments on this wild and beautiful planet that live with you forever,’photographer Andy Mann writes. ‘This is one of them.’ PHOTOGRAPH BY ANDY MANN ( @ANDY_MANN), NAT GEO IMAGE COLLECTION 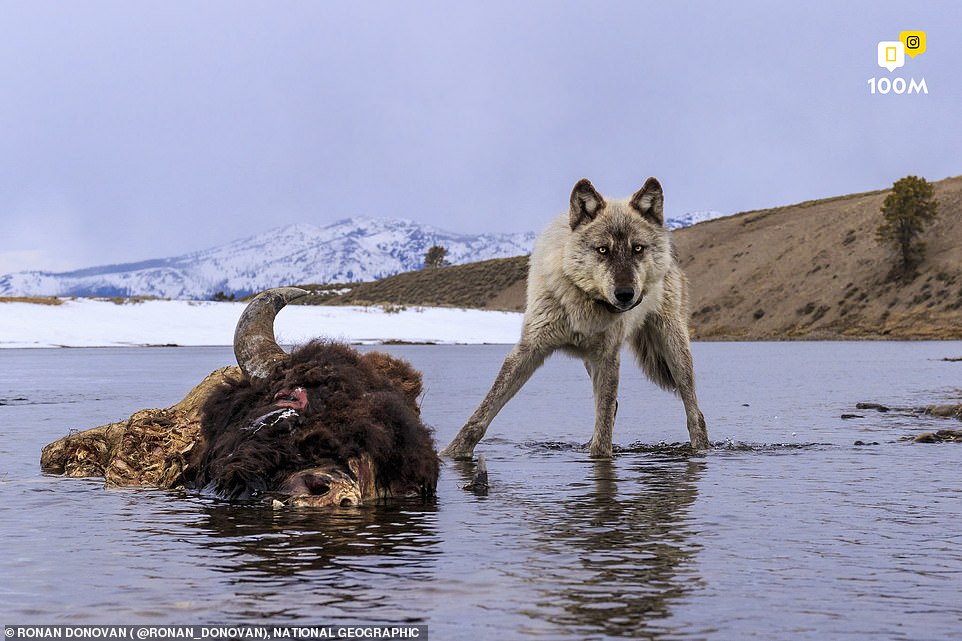 Mr. Blue has lived most of his life within the borders of Yellowstone National Park. One of the most amazing aspects of Mr. Blue’s character is that he seems to have an ability to mingle his way into existing wolf packs. PHOTOGRAPH BY RONAN DONOVAN ( @RONAN_DONOVAN), NATIONAL GEOGRAPHIC 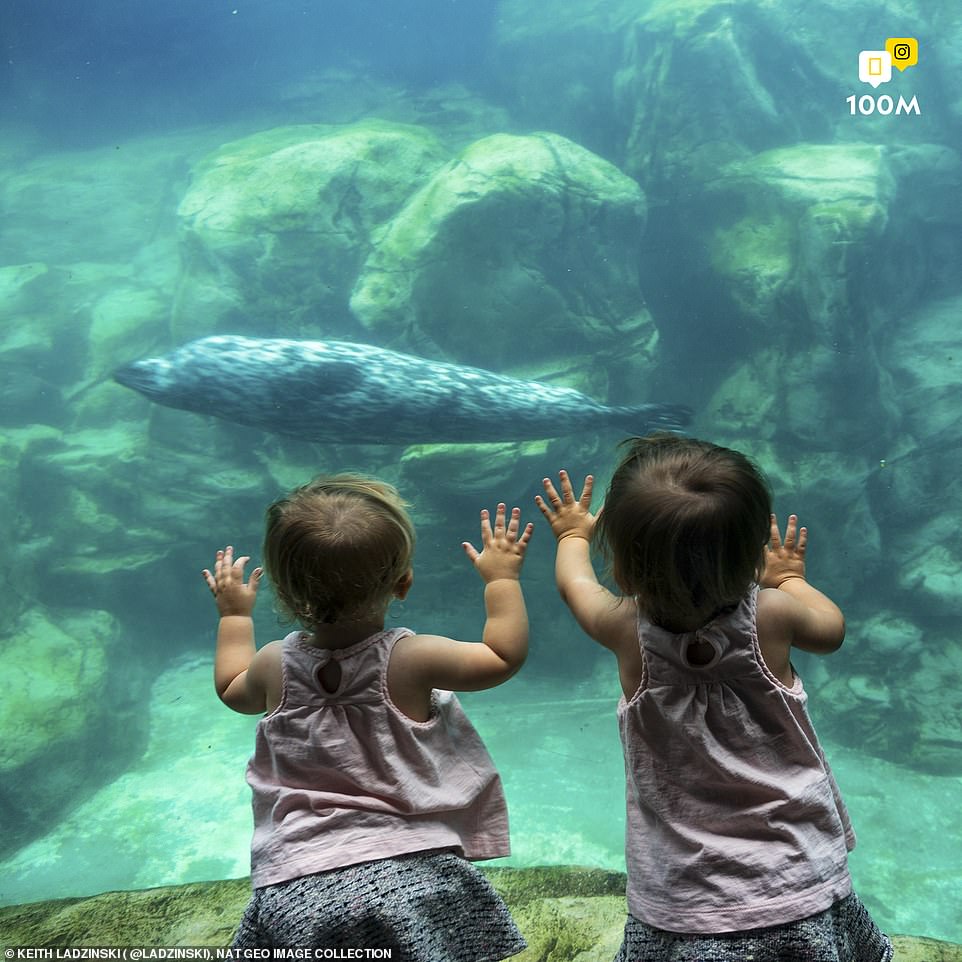 Children watch a harbor seal at the Aquarium of the Pacific in Long Beach, California. PHOTOGRAPH BY MICHAEL YAMASHITA ( @YAMASHITAPHOTO) 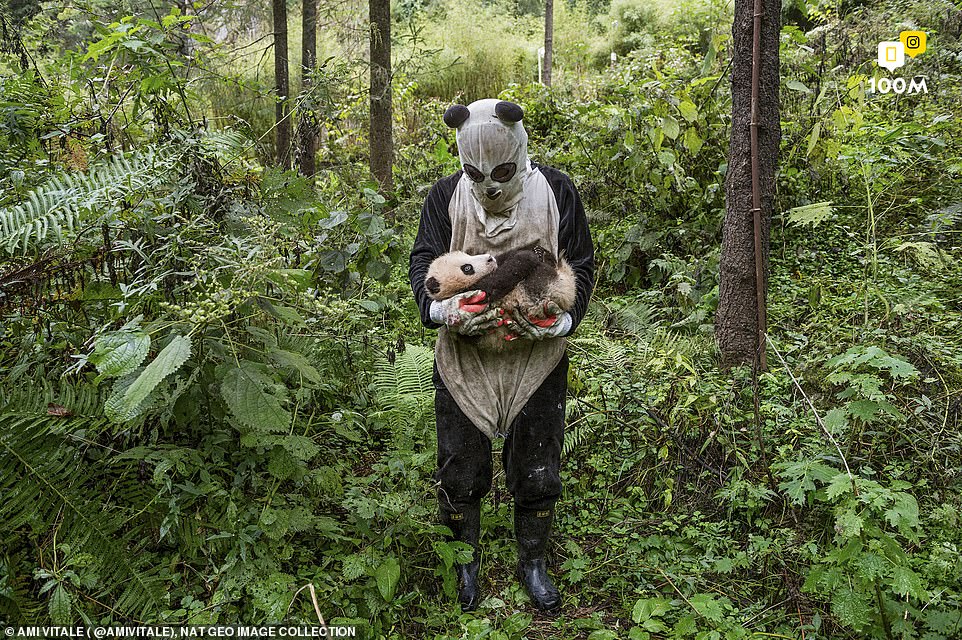 Captive-bred pandas are relatively sheltered from human contact at Wolong Nature Reserve’s Hetaoping center, even during a rarehands-on checkup, to facilitate their eventual release into to the wild. PHOTOGRAPH BY AMI VITALE ( @AMIVITALE), NAT GEO IMAGE COLLECTION 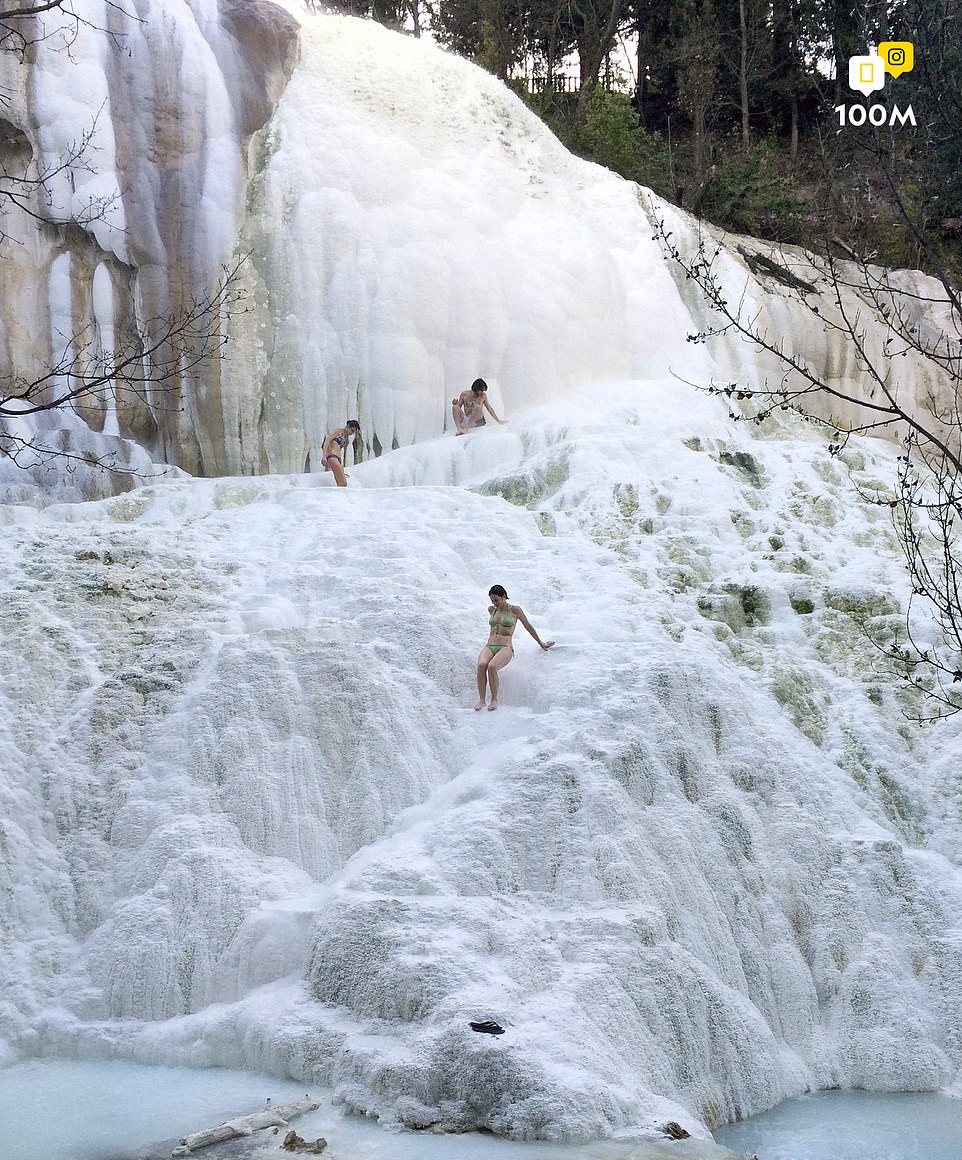 San Filippo in Italy takes its name from the Florentine hermit who retreated here in the 13th century. The water gurgles out of the ground at about 122° F and is rich in sulfur, magnesium, calcium, and sulfur bicarbonate. PHOTOGRAPH BY GABRIELE GALIMBERTI ( @GABRIELEGALIMBERTIPHOTO) 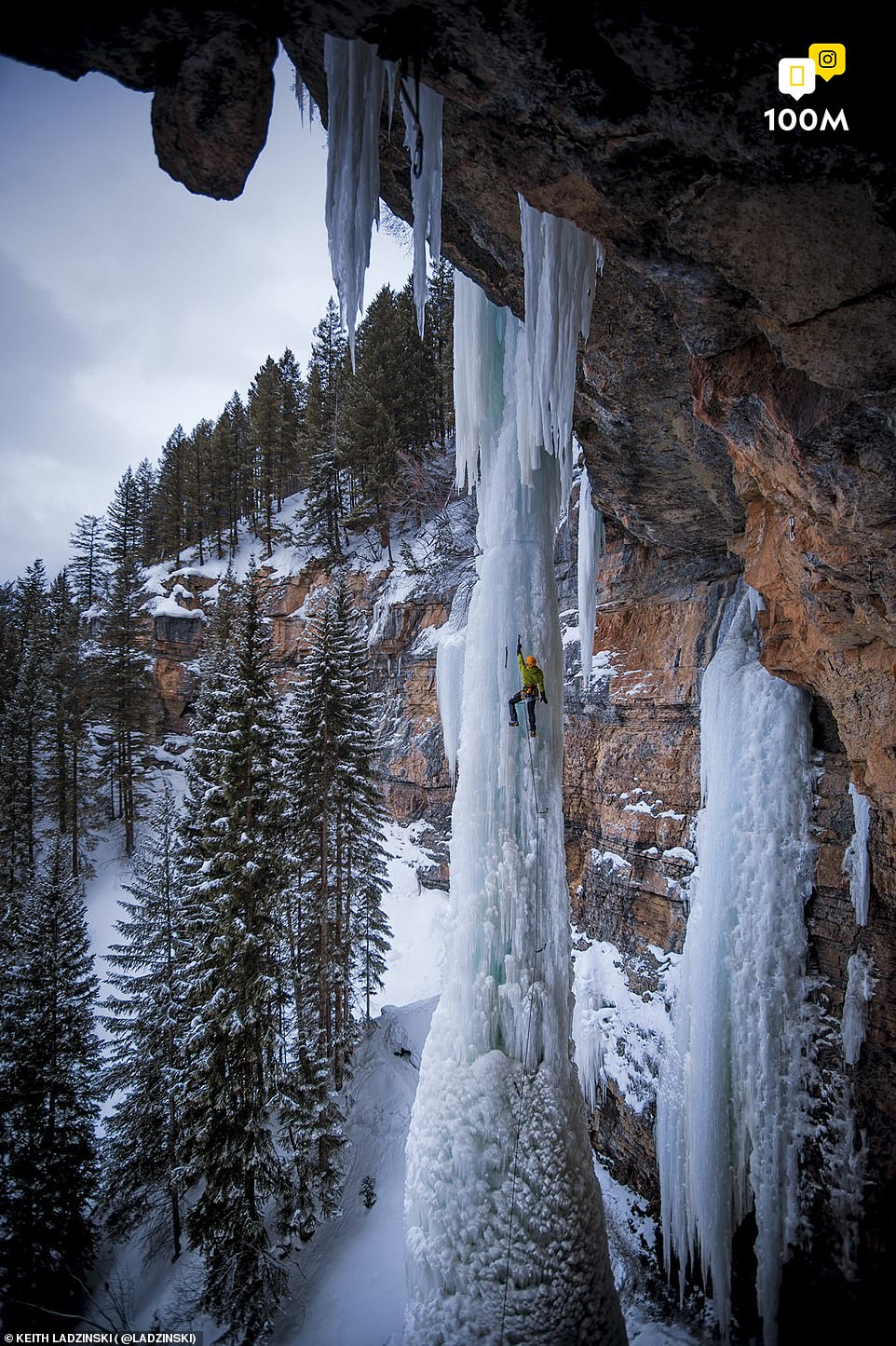