The National Park Service has denied a 45-foot statue of a naked woman to be placed on the Mall near the Washington Monument.

The organizers received a letter from Rick Obernesser from the federal agency on Wednesday saying it wasn’t going to happen, according to The Washington Post.

In a statement Thursday the organizers responded saying: ‘Using this abysmal excuse to trump our action bringing attention to violence against women shows an unbelievable disregard for the people involved and the First Amendment.’

Organizers said the epic structure shows ‘women just being in their bodies, just being humans, as an antidote of the constant sexualization of the women’s body, the constant dehumanization,’ the artist Marco Cochrane said.

It is supposed to be representative of a woman expressing her humanity by standing in her strength and power.

Obernesser said the permit was being denied because of its height, it stands at 45 feet tall, and also because they were concerned the statue would damage the Mall’s turf.

Robert Haferd handled the permits for the group and he said they were never informed that the height would be an issue and even earlier this month a National Park Service spokesman said it was ‘plausible’ that they would allow such a large display.

However, Obernesser said in a letter: ‘The previous height variance was issued to you in error and, to the extent necessary, it is revoked as well.’ 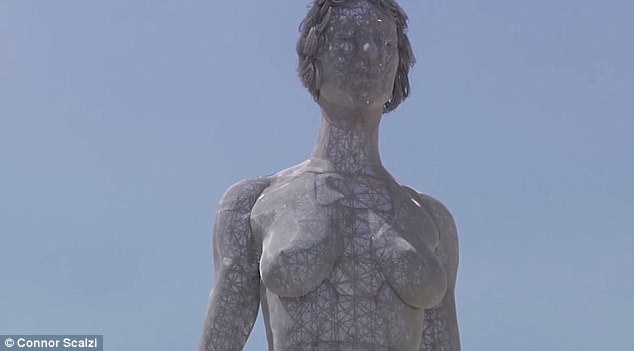 The permit was being denied because of its height, it stands at 45 feet tall (above), and also because they were concerned the statue would damage the Mall’s turf 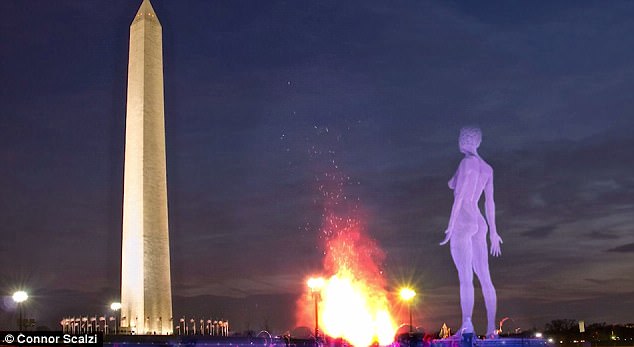 The epic 16,000-pound structure currently resides in San Francisco and they were hoping to transport it to Washington D.C. this Friday

The activist group applied for its permit in December 2016, in hopes the statue would be transported to the Mall and stay there for four months.

The 16,000-pound statue, which is called R-Evolution, currently resides in San Francisco and the group leading the petition raised over $100,000 for transportation costs.

Another spokesman for the agency, Mike Litterst, said the height limit for a temporary display on the Mall is 45 feet but even though the base of the statue makes the woman 47 feet, they would make an exception here.

He clearly revoked what he said after Obernesser’s letter as he stated after that the statue might detract from the views of the Washington Monument. 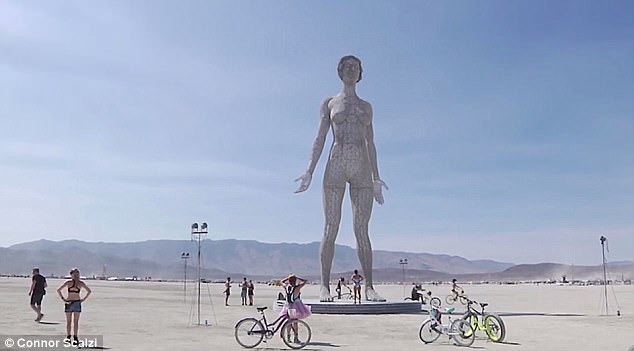 The activist group applied for the statue’s (picture here) permit in December 2016, in hopes the structure would be transported to the Mall and stay there for four months

‘Additionally, the proposed nearly 48-foot height of the statue introduces a visual element that would diminish the property’s significant historic features by altering the setting and historic character of the Mall landscape,’ he wrote in an email.

The activists had planned to transport the statue in two trucks as of Friday and argued ‘the 11th-hour decision infringes upon their First Amendment rights.’

The traditional festival Catharsis on the Mall, taking place November 10 to 12, will showcase around 30 other temporary structures, which is the exact festival this group was hoping to display the naked woman at.

The festival is for individuals interested in large scale art, workshops, music, dancing and activities. The theme of the festival this year is nurturing the heart and equal rights.