The National Trust is at the centre of a bitter row over plans to shoot wild boar living in the grounds of one of Britain’s most beautiful stately homes.

A family of the creatures has made its home on the Stourhead Estate in Wiltshire, with some of the sows believed to be pregnant.

After receiving complaints, the conservation body decided to hire marksmen to shoot the boar – to the horror of animal-loving locals and conservationists.

Critics say that ‘eradicating’ the creatures undermines efforts to restore native species to the UK, one of the Trust’s stated goals.

Under threat: One of the wild boar at Stourhead Estate in Wiltshire.  Some of the sows at the stately home are believed to be pregnant

But the Trust said the animals were ‘intimidating’ locals and putting visitors to the site at risk.

Boar – while shy – are formidable animals: fully grown, an adult male weighs around 23 stone, can run at up to 30mph, and has razor-sharp tusks. The species is the direct ancestor to most species of pig farmed in the UK.

It is not known how many boar live on the 2,650-acre estate which features an 18th century Palladian mansion. The estate’s Temple of Apollo and Palladian Bridge featured in the 2005 film Pride & Prejudice, starring Keira Knightley. 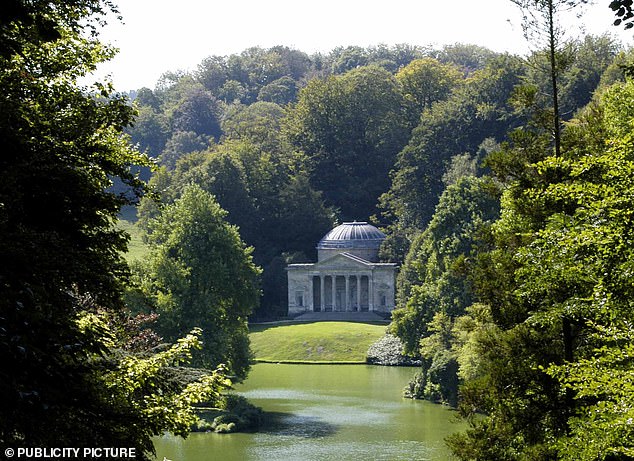 After receiving complaints, the National Trust decided to hire marksmen to shoot the boar – to the horror of animal-loving locals and conservationists (pictured: Stourhead Estate)

Ben Goldsmith, the financier and environmentalist, tweeted of his ‘disappointment’ about the cull plan. ‘I adore the National Trust which is at the forefront of restoring nature in Britain, so I am disappointed to learn of the Trust’s plan to exterminate the handful of native wild boar living on its richly forested Stourhead estate,’ he wrote.

‘Of course wild boar, like deer, need managing in the absence of predators, but to fully eradicate them – one of the rarest mammals in this country – flies in the face of everything we know about the importance of putting our broken ecosystems back together.’

Environmental campaigner Matt Mellen, 38, from Frome, Somerset, said he was strongly against the proposed cull. ‘People like to get upset about things like rhinos going extinct but here in the UK, on our own doorstep, we’ve wiped out all our big animals,’ he said. 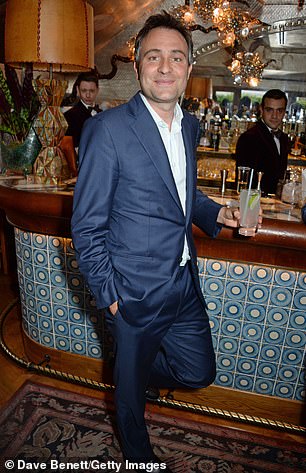 Ben Goldsmith (pictured), the financier and environmentalist, tweeted of his ‘disappointment’ about the cull plan

‘There used to be wolves and bear and lynx but there’s isn’t any habitat because we’ve cut all the trees down.’

But Fred Nicholls, 66, a local farmer, said he saw boar regularly in the woods bordering his property and supported the cull.

‘You can’t have them about,’ he said. ‘They cause too much damage and they are a danger to the public.

‘They root the ground up. If you get them out in the fields or on your lawn and they start rooting they can do a lot of damage.’

A spokesman for the National Trust said deciding to cull the animals had been difficult. ‘We only made this decision after considering the alternatives and after consulting with Natural England,’ he added.

‘Unfortunately, there are some instances where humane control is necessary – for instance where there are safety concerns for our visitors, staff or volunteers; or to protect other species or habitats. We never take this decision lightly. Any cull of wild boar will be carried out by an experienced and licensed marksman.’

This contrasts with its opposition to culling of badgers on its land to stop tuberculosis in cattle, despite it being government policy.

Sightings of wild boar are becoming more common. After being hunted to extinction around the 13th century, the species has re-established itself in the wild over the past 40 years after some farmed boar escaped, and others were released.