Now that’s a hole in midfield! Denmark and Austria players are left baffled after a giant CRATER appeared on the pitch during their Nations League tie… capping off a bizarre match that was already hit by a power outage

Denmark exposed holes in the Austria defence to secure an 84th minute winner against them in their Nations League tie on Monday night, but it was a hole on the pitch that was most striking.

Both sets of players were left baffled after noticing a giant crater that had opened up on the grass near the half way line during Denmark’s 2-1 victory away from home, which was Man United boss Ralf Rangnick’s second game in charge.

Denmark midfielder Skov Olsen was even brave enough to put his foot inside the hole to test just how deep it was – and it nearly put him knee deep. 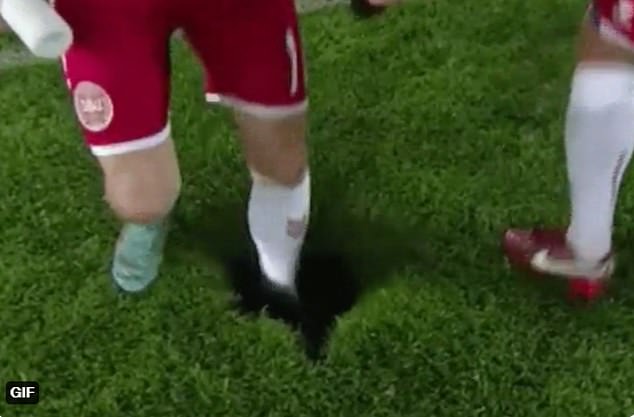 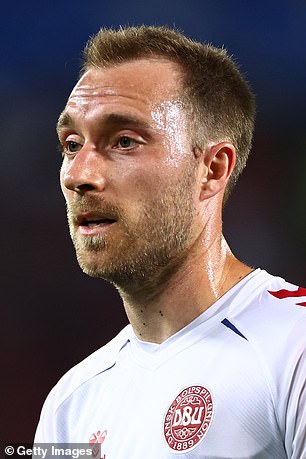 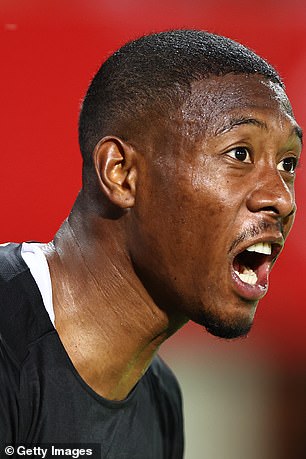 Both Denmark and Austria players were left baffled by the incident, having previously waited 90 minutes to start the match due to a power outage

Thankfully, no players were injured by the strange turn of events, with officials notified about the hole when the game had already ended.

One theory from a fan suggests a drainage line could have been damaged – meaning all the water from the pitch may have flowed to one area, which then eroded the drainage gravel – making it a pit hole for the moisture.

It was an unusual game that both started and ended in bizarre circumstances.

Kick off was delayed by 90 minutes due to a power outage, with fans present at the stadium attempting to use their phones to generate light, making the best of the situation by starting a Mexican wave. 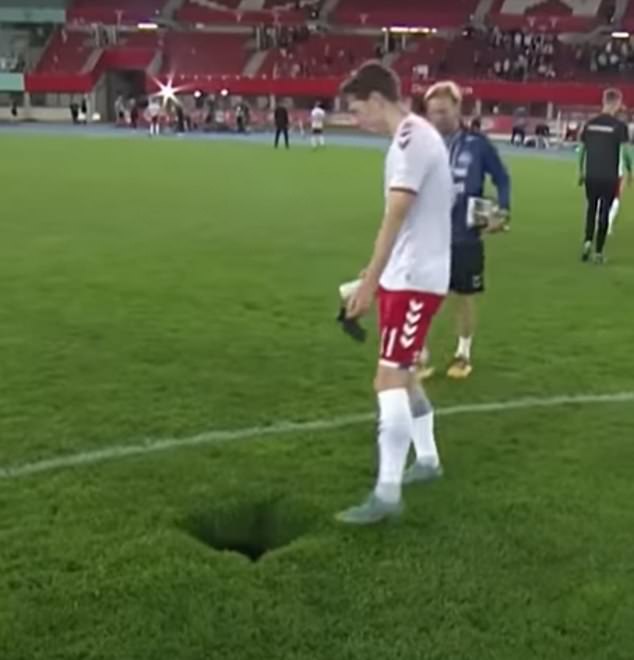 Tottenham midfielder Pierre-Emille Hojberg had opened the scoring against the run of play after half an hour. It was Denmark’s first chance of the game and their only meaningful attack for 15 minutes.

Austria looked rattled for the rest of the first half but were much stronger after the break thanks to the introduction of Marko Arnautovic.

They equalised after 67 minutes when Xaver Schlager scored after a poor attempted pass from Kasper Schmeichel in the Danish goal.

Arnautovic was a livewire in the second half. Playing his 100th Austria game, He did brilliantly to take the ball past Schmeichel but somehow hit the post from a tight angle in the 74th minute. 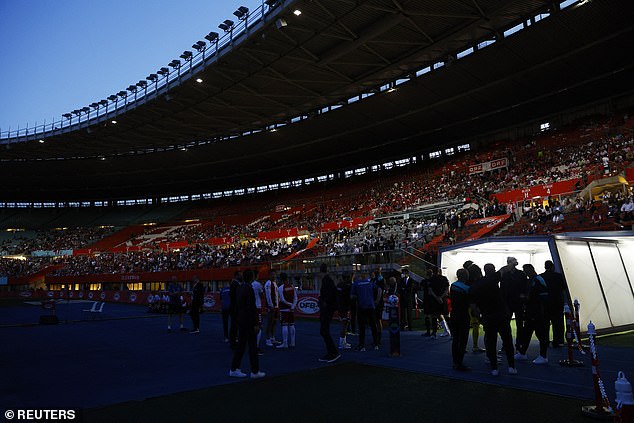 The game was already held up for more than an hour at the start of the game, with fans forced to use their phones to illuminate the stadium 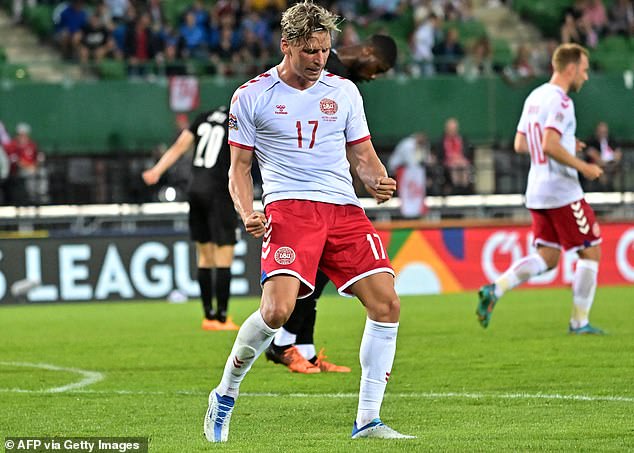 It was one of two or three chances he could have scored on a day when Austria should have done better.

Despite a dominant display from the home side in the second half, Jens Stryger Larsen scored a stunning winner for the Danes in the 84th minute as he curled in an effort from outside the box to bag just his third international goal in close to 50 games.

The result moved Denmark to the top of Group A1 with six points from two games while Austria are second after France were held to a 1-1 draw away at Croatia earlier on Monday.