NATO joined two dozen governments around the world in expelling Russian diplomats following the poisoning of a former spy and his daughter in Britain. Pictured: Nato chief Jens Stoltenberg

NATO joined two dozen governments around the world in expelling Russian diplomats following the poisoning of a former spy and his daughter in Britain.

The military alliance expelled seven Russian staff and denied accreditation to three more, bringing the total number of suspected Russian spies expelled to almost 150, including the 23 initially dispatched by Britain.

‘This will send a clear message to Russia that there are costs and consequences for their unacceptable pattern of behaviour,’ NATO chief Jens Stoltenberg said in Brussels.

In an unprecedented act of coordination, at least 24 countries have echoed Britain’s action in response to the March 4 attack on former Russian double agent Sergei Skripal and his daughter in the English city of Salisbury.

Foreign Secretary Boris Johnson said the mass expulsions were ‘a blow from which Russian intelligence will need many years to recover’.

It ‘could become a turning point’, he wrote in The Times newspaper, adding: ‘The Western alliance took decisive action and Britain’s partners came together against the Kremlin’s reckless ambitions.’

Prime Minister Theresa May welcomed NATO’s move and said it sent a strong message to Moscow that it cannot ignore international law.

Meanwhile Air Chief Marshal Hillier, speaking ahead of the RAF’s centenary, said: ‘The post-War consensus that has provided the basis for the rules-based international order is being challenged and undermined.

‘We must respond, collectively with our NATO and other partners, to counter hostile acts by Russia against our countries, our interests and our values. 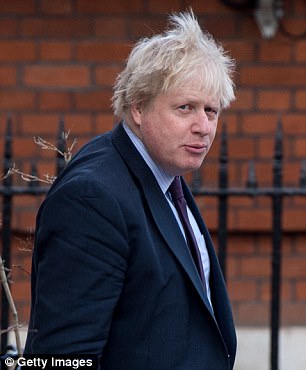 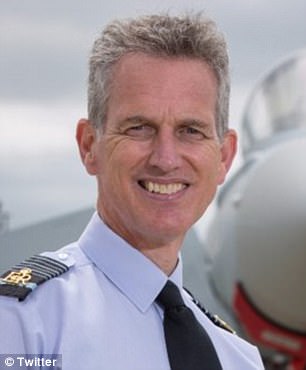 Boris Johnson (left) said the expulsions were ‘a blow from which Russian intelligence will need years to recover’, while RAF chief Air Chief Marshal Sir Stephen Hillier (right) said the air force was at the forefront of efforts to resist Russian aggression

‘The RAF is in the forefront of that effort.’

During his lecture at the Royal Aeronautical Society in London, Air Chief Marshal Hillier said that no one expected a return to the ‘potential state-based conflict and threats from Russia’.

He added of those threats: ‘Military grade nerve agent being used for attempted murder on the streets of our country; the reckless and indiscriminate bombing of civilians in Syria.

‘The illegal annexation of Crimea, the first time since the Second World War that one sovereign nation has forcibly annexed territory from another in Europe; the criminal activities of the Russian state in cyberspace.’

Air Chief Marshal Hillier also revealed that the RAF is the busiest it has been in at least a generation – undertaking the most sustained period of high intensity war fighting since the Second World War.

With 13 operations in 21 countries on five continents, he said the RAF’s work includes fighting Islamic State in Iraq and Syria to defending British skies, as well as Nato operations in Europe and Afghanistan.