Natwest faces a damages claim of more than £2m after it unfairly dismissed a banker just two days after her operation for colon cancer.

The High Street lender was found to have discriminated against Adeline Willis on the basis of disability in a move that left her ‘physically and emotionally in turmoil’, according to her lawyers.

Chief executive Alison Rose was even dragged into the case after Willis sent her an email entitled ‘Cry for help.’ Willis, 44, had bumped into Rose at the bank’s Bishopsgate headquarters in the weeks following her diagnosis in 2019. 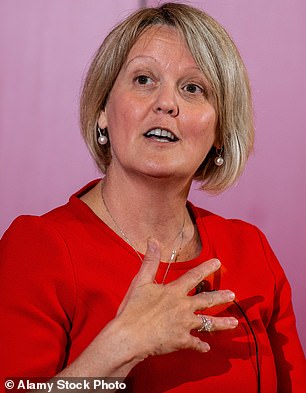 The chief executive urged Willis to contact her if she needed support. When Willis realised her £160,000-ayear job was at risk, as she was recovering from surgery, she emailed Rose to ‘beg for your help.’

Willis, who worked in risk and compliance and been with NatWest for six years, pleaded: ‘I am a senior female with a wealth of experience and feel I can offer extensive knowledge to the bank in any role I might procure.

‘All I am asking for is an opportunity to recover from the fight of my life, and once I am well enough, to then return to work, either in my current role or be able to look for a new one. I am really sorry to email you and beg for your help, but I just don’t know what else to do.’

Rose’s executive assistant asked the bank’s human resources team to send a briefing on Willis’s case. But 14 minutes after Rose received that briefing the next day, she emailed her assistants refusing to intervene. 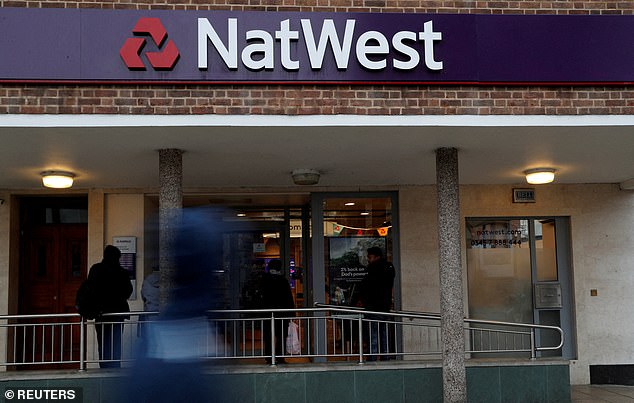 The High Street lender was found to have discriminated against Adeline Willis on the basis of disability in a move that left her ‘physically and emotionally in turmoil’, according to her lawyers

The email, sent from Rose’s Blackberry phone, simply said: ‘No – stick to advice by HR.’ A key piece of evidence in the case was the transcript of a phone call between Willis’s managers and NatWest’s HR team, in September 2019 – just a week after Willis told her bosses she would need chemotherapy, radiotherapy and surgery.

The tribunal judged that the call clearly showed Willis’s managers were trying to oust her from the company amid fears that she would have to take medical leave. Will Clayton, Willis’s solicitor from Constantine Law, said it was ‘really unusual’ for there to be clear evidence of discrimination.

‘There was a smoking gun,’ he added. Willis’s sister, Louisa Ellis, said: ‘Addy had radiotherapy, rounds of chemotherapy and surgery – and then had to give evidence during the tribunal, which made her physically sick.

‘The distress caused to her, and our family, is unforgivable.’ While NatWest was found to have unfairly dismissed Willis on the bases of discrimination, the tribunal judged that Rose’s interaction with Willis was not discriminatory. In its judgement, the tribunal said: ‘The claimant had no right to a personal intervention by Ms Rose in HR.’

Willis’s problems first arose in early 2019, when she was made redundant as her role was axed. Recognised as a ‘valuable’ worker at the bank, she was moved to a new role on secondment while her manager tried to negotiate moving the Edinburgh-based position to London, where Willis lived.

The secondment was extended, as Willis’s managers said in her mid-year review that she was making a ‘really strong start’. But just weeks later, after they were told about her cancer diagnosis, Willis’s managers starting discussing options to push her out of the business.

Despite still needing someone to work in her role, they asked HR to end her secondment – even as she pleaded for more time as she recovered from surgery and tried to find a new position. Clayton said it had been ‘a harrowing experience’ for Willis.

A hearing later this year will decide how much money she should receive. A NatWest spokesman said: ‘We recognise the extremely difficult personal circumstances in this case. The bank is reviewing the judgment and considering its position further.’ 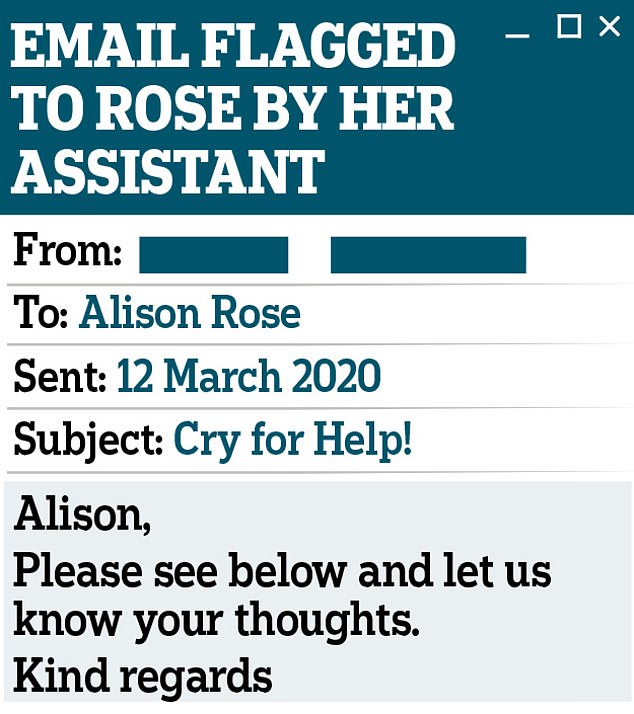 Rose’s executive assistant asked the bank’s human resources team to send a briefing on Willis’s case. But 14 minutes after Rose received that briefing the next day, she emailed her assistants refusing to intervene 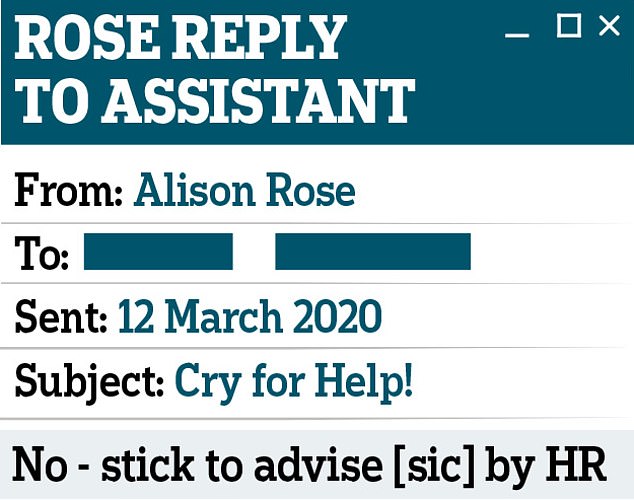 The email, sent from Rose’s Blackberry phone, simply said: ‘No – stick to advice by HR’