Basic training’s a blast! Navy instructor saves new recruit from an exploding grenade after he fails to throw it far enough

A naval instructor saved a trainee soldier after he accidentally threw a grenade too close to the group.

A team of trainee soldiers from China’s Naval Aviation University were being trained on how to throw grenades when one of them threw a grenade into a bunker by mistake.

The team’s instructor instinctively reacted and saved the trainee by dragging him into a foxhole, holes that troops use to shelter from explosions, within 0.01 seconds.

The Chinese navy published the footage showing the soldier throwing the grenade towards a training wall.

But the grenade tumbles down the wall on the same side as the trainees and into a bunker only a few metres away from them.

The instructor reacts instantly and grabs the trainee’s arms to pull him away from the explosion.

After they run a few steps away from the bunker the instructor pulls the trainee onto the ground and rolls them both into a foxhole.

The grenade explodes within seconds of them reaching safety. 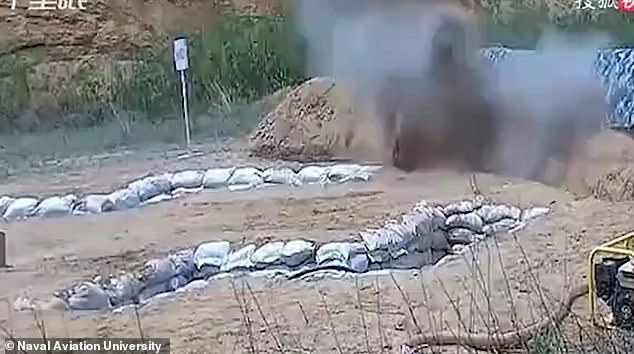