The Navy has released the identity of a sailor reported ‘man overboard’ from the USS Abraham Lincoln while it was in the Arabian Sea last week.

Once the multi-day search-and-rescue mission ended on Friday, Saldana was listed as Duty Status Whereabouts Unknown, or DUSTWUN, the Navy’s term for a missing sailor. 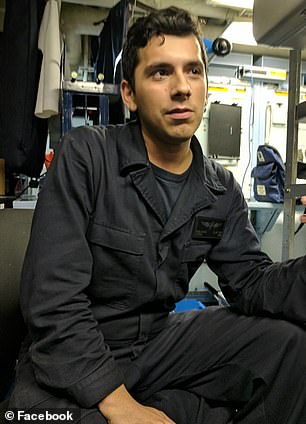 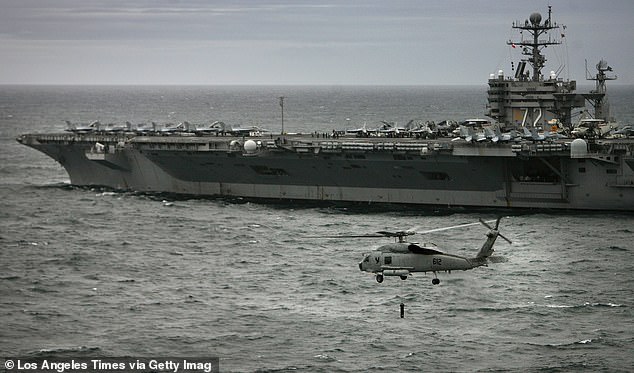 He is assigned to Helicopter Sea Combat Squadron 5, and reported to the Norfolk, Virginia-based ‘Nightdippers’. It’s part of Carrier Air Wing 7, assigned to the Abraham Lincoln Carrier Strike Group.

A native of Manassas, Virginia, Saldana joined the Navy on April 8, 2015.

The sailor’s fiance told the Bryan Times that his belongings were found on the side of a ship catwalk early Wednesday morning.

Lexi Posey, 22, of Bryan, Ohio, wrote on Facebook: ‘What baffles myself and the rest of the family the most is that Slayton is not the type of person to act on impulse.’

‘If you did jump, I truthfully believe it wasn’t to commit suicide,’ she wrote. 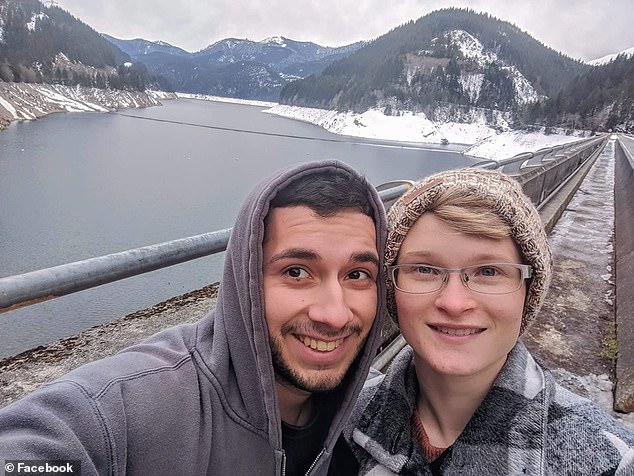 Saldana’s fiance Lexi Posey, 22, said his belongings had been found on the side of a ship catwalk 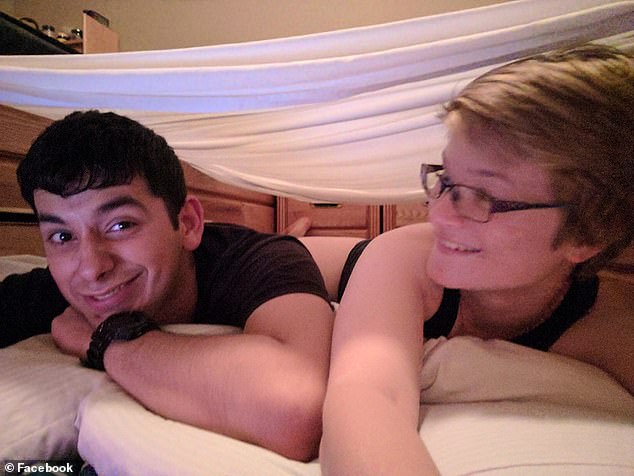 The couple, seen in Facebook pictures, had been together for more than three years and was supposed to get married in April

She claimed that Saldana ‘hated the military.’

The couple had been together for more than three years and was supposed to get married in April, according to Posey’s Facebook post.

‘And when I got out of the military we were going to have an alpaca farm with a few pugs running around and snorting,’ she wrote.

Posey set up a GoFundMe page to raise money for the sailor’s family.

‘During this tragic time, I want to thank the Spanish Álvaro de Bazán-class frigate Méndez Núñez for their assistance in the search operations, and all the Sailors involved in the search for their valiant efforts to find our shipmate.’

Saldana is the first U.S. service member lost at sea since August 2018, when a Marine from the assault ship Essex and a Navy officer from the cruiser Lake Erie were lost overboard within weeks of each other during separate deployments in the Pacific, according to Military.com.

The Abraham Lincoln became the most-watched aircraft carrier in the world after it was sent to the Middle East in May after what Washington called an ‘imminent threat’ from Iran.

The carrier and its strike group, comprised of four vessels including destroyers and cruisers, were hastily redirected to the Arabian Sea from operations in the Mediterranean.

Although the Lincoln will shift to California at the end of this deployment, the squadron Saldana was assigned to is based in, and will return to, Norfolk.