A Navy SEAL who helped take down Osama bin Laden has opened up about how the harrowing memories of 9/11 helped him go through with the life-threatening mission.

Robert O’Neill, from Montana, was part of the SEAL Team Six who carried out Operation Nepture Spear in Abbottabad, Pakistan, and successfully killed the al-Qaeda leader in May 2011.

Bin Laden was the architect of the 9/11 attacks, where 2,977 people lost their lives after four planes were hijacked, two hitting the World Trade Center in Manhattan, New York.

Here, in an exclusive extract for The Only Plane in the Sky: The Oral History of 9/11 by Garrett M.Graff, O’Neill reveals how he and the rest of the team were expecting to die on the mission which led them to where the terrorist leader had been hiding since the attacks.

After having a ‘last meal’ with his family, O’Neill said he still went through with the mission because he was powered by the harrowing memory of the people who jumped to their death from the Twin Towers.

Robert O’Neill (pictured), from Montana, was part of the SEAL Team Six, who carried out Operation Nepture Spear in Pakistan, in 2011, and successfully killed the al-Qaeda leader Osama bin Laden 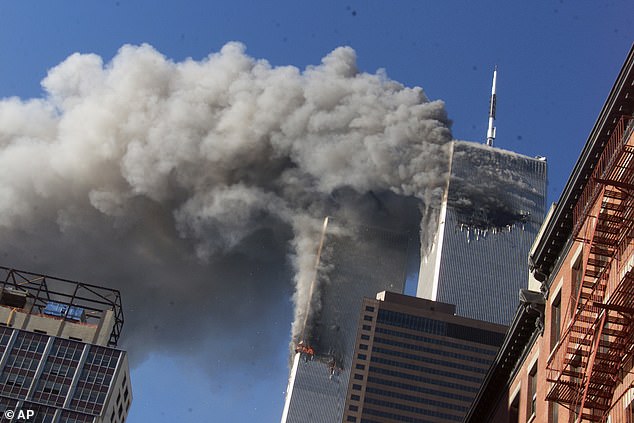 Nearly 3,000 people lost their lives on 9/11, including 2,606 who died in the World Trade Center attacks (pictured) after four United Airlines planes were hijacked by al-Qaeda

‘People were saying to each other on the mission, “If we know we’re going to die, why are we going to go?” Then we talked about the people who jumped out of the Towers on a Tuesday morning,’ he said.

‘They didn’t want to, they didn’t know was was happening – all they knew was that it was 2,500 degrees Fahrenheit and the better alternative than whatever hell was going on inside, in Windows on the World or at Cantor Fitzgerald, was to jump.

What was Operation Neptune Spear?

bin Laden was killed by SEAL Team Six a little after 1am, Pakistan time, on May 2 2011.

The CIA led the operation in a joint effort with Joint Special Operations Command (JSOC) which coordinated the actions of the special units involved in the raid.

This involved the SEAL Team Six, of which Robert O’Neill was a part of, the 160th Special Operations Aviation Regiment (Airborne), also known as the Night Stalkers, and the CIA’s Special Activities Division.

The raid was closely followed by President Barack Obama  from the White House.

The teams flew from Afghanistan to Pakistan in order to complete the strike. After he was killed during the raid, bin Laden’s body was identified in Afghanistan and buried at sea.

The Navy SEAL also praised the heroism of the passengers of United Airlines Flight 93, who tried to fight off the terrorists who had taken over their plane.

The domestic scheduled passenger flight was hijacked by four al-Qaeda terrorists on board as part of the September 11 attacks.

‘We had that conversation about how the first ones to fight al-Qaeda were the passengers on Flight 93 that crashed in Shanksville, Pennsylvania,’ he said.

‘God knows how many lives they saved, but they killed themselves for the Western World. We had these conversations every night. That was why we went.’

The SEAL, who served from 1996 to 2012, said the team were not expecting to come back from the mission.

He explained that they thought Osama bin Laden would try to ‘blow himself up’ and his family to make a martyr out of them.

O’Neill added that the team were also unsure of whether troops in Pakistan would shoot them down, which they would have been justified to do, as the team was ‘invading.’

He recounted how he prepared for the event of his death, having one last meal with his family before the mission and writing goodbye letters.

‘We had to find people and say: “Hey, here’s an envelope. If you don’t see me tomorrow, you’ll know what this is, and there are directions inside, but if you do see me tomorrow, give these back to me”.’ he explained.

O’Neill left the Navy in 2012, a year after the raid. He became a motivational speaker and joined Fox News as a contributor in 2015. 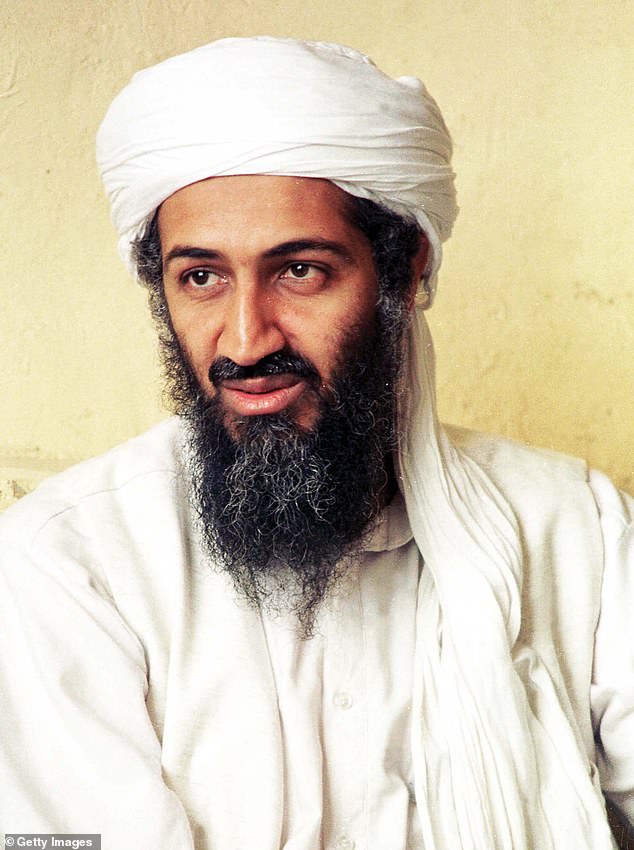 Osama bin Laden (pictured), the leader of the terrorist group al-Qaeda, was killed during Operation Nepture Speae on May 2 2011 in Abbottabad, Pakistan

Operation Neptune Spear put an end to the ten-year-long hunt for Osama bin Laden, the leader of al-Qaeda and architect of the September 11 attacks.

The Only Plane in the Sky: The Oral History of 9/11 by Garrett M.Graff, which was first published last year, is a retelling of the attacks from the perspective of those who lived them and the loved ones of those who perished. 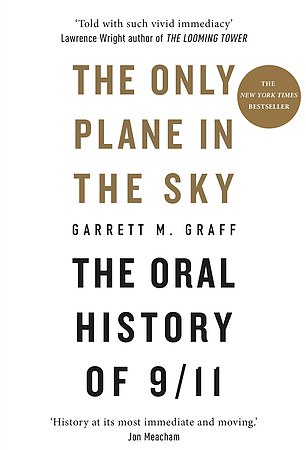 The Only Plane in the Sky, by Garrett M. Graff, published by Monary, retells the September 11 attacks

The world was left horrified when on September 11 2001, terrorists belonging to the Islamist militant group al-Qaeda took control of four United airlines.

The first plane, Flight 11, which counted 11 crew members and 76 passengers hit the northern facade of the North Tower of the World Trade Centre in New York at 8:46am.

At 9:03am, a second plane, United Airlines Flight 175, counting 60 passengers and staff, hit the southern facade of the South Tower.

A third plane, United Airlines Flight 77, with 56 passengers and six crew members, crashed into the Pentagon in Virginia at 9:37.

The fourth plane, Flight 93, was subdued from the four hijackers by the 33 passengers and seven crew members and crashed near Shanksville, Pennsylvania at 10:03am.

It is unknown where the fourth plane was intended to hit, however the Capitol and the White House have both been named as possible targets.

This is an extract from The Only Plane in the Sky: The Oral History of 9/11 by Garrett M.Graff, published by Monoray at £20 hardback (octopusbooks.co.uk)