The husband of British mother jailed in Iran Nazanin Zaghari-Ratcliffe has said new Foreign Secretary Jeremy Hunt is their ‘lucky charm’ after her three-day release.

Mrs Zaghari-Ratcliffe, 40, was locked up in Tehran in April 2016 after being accused of spying on the Islamist regime and jailed for five years.

Her husband Richard, of north London, has fought an uphill battle and was overjoyed when she was released on a three-day furlough yesterday.

Speaking on TV this morning he credited the new Foreign Secretary with ‘making strong noises’ to get her released.

He said ‘there was baggage’ with his predecessor Boris Johnson, who was forced to apologise after he accidentally referred to the charity worker as a spy.

He told This Morning: ‘The Government has been making some quite strong noises.

‘Jeremy Hunt, the new foreign secretary was very clear yesterday in saying that this should be permanent, that she should be coming home and that she’s innocent.

‘That gives hope. But she’s still in Iran. Until it’s all over, it’s not all over.’

But asked how much the new secretary of state has helped their situation, he replied: ‘Before we had some baggage with the former foreign secretary. He then clearly tried to do his best. It got to a certain point but then it got to a lull.

‘Then Jeremy Hunt has come in and he’s been our lucky charm.

‘He’s made some strong noises. Obviously there’s been work going on behind the scenes all along. So it’s not to give him all the glory or equally his predecessor all the blame. It will have been battled.

‘But I’m pleased with our Foreign Secretary at the moment.’

He expressed his hope she would be out of prison for more than three days and is due to find out whether the furlough has been extended on ‘Saturday or Sunday’.

He said: ‘It’s ups and downs. But this is definitely good news.

‘We’ll see on Saturday or Sunday if it gets extended how good the news is.’

He revealed his wife and their now four-year-old daughter slept next to each other yesterday and were able to have a bath together this morning.

Little Gabriella was excited to give her mother a bunch of flowers, seen in images released yesterday, after she noticed other prisoners being given bouquets, he added.

He told hosts Mark Wright and Mollie King: ‘Today and yesterday very good days. I couldn’t believe it was true. 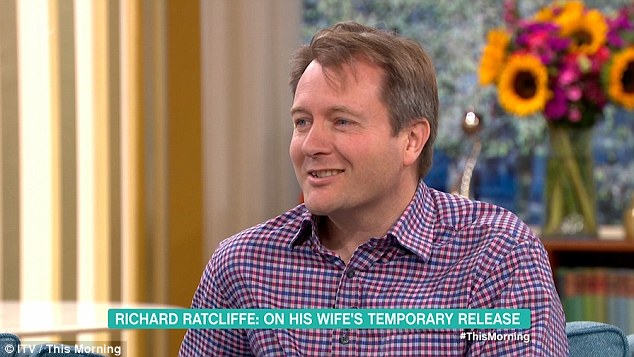 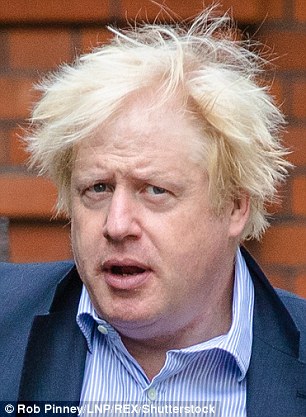 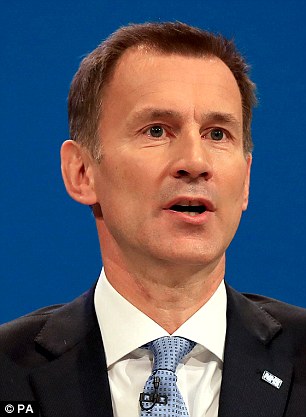 ‘It’s the simple stuff that you miss. And having that again. Of course it’s overwhelming, you can’t put it into defined words. You are just like wow.’

He continued: ‘They had a bath together this morning.

‘And last night they slept next to each other. In the morning Gabriella said ‘oh it’s you mummy, I thought it would be grandma’.

‘It was also really important for her yesterday to have a bunch of flowers.

‘She’d seen other prisoners get bunches of flowers. So she wanted to cut the flowers and to have the flowers for her mummy. That’s why she’s looking so proud in those photos.’ 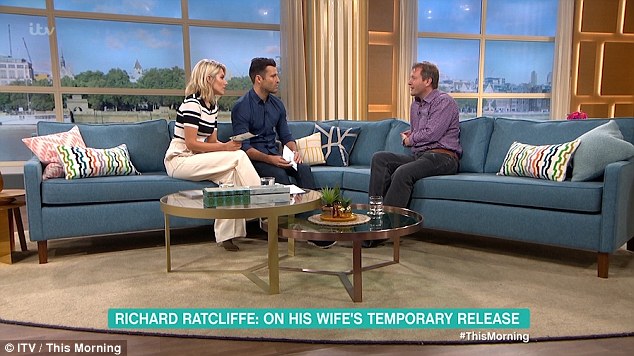 Asked how much Gabriella understands what has happened to her mother, he replied: ‘As they get bigger they understand more. She’s been asking more questions.

‘She understands prison is for naughty people. But she says ‘you’re not naughty mummy.’

‘She sees someone get released and she says ‘well why haven’t you been released?’

‘As she understands more she questions more.’

He said the three-day release, which he hopes will be extended, has given the family hope.

He said: ‘Yeah, it’s a big bit of hope. We’ve been battling for so long. ‘I was on this sofa talking to Phil and Holly before and been all over the media mostly telling sad stories and complaining.

‘And then yesterday I was going around telling a happy story.’

He said: ‘It’s the first time I’ve seen her in two years.

‘To see that big smiling face. I couldn’t believe it.

‘I didn’t say anything particularly profound, just gosh it’s been such a long time coming.’

He said there was a big family gathering in Iran, with his wife’s mother – who she hadn’t seen in two years.