Winston Churchill, Franklin D Roosevelt and Joseph Stalin came ‘appallingly close’ to assassination during a top secret summit in 1943 in Tehran, a new book has revealed.

The three world leaders met in person in the Iranian capital – despite the city being central to a major Nazi intelligence ring.

German intelligence agents discovered advance details of the top secret conference and launched an audacious attempt to wipe out the three Allied leaders.

Winston Churchill, Franklin D. Roosevelt and Joseph Stalin, pictured here in Yalta in February 1945 had met for the first time in Tehran in November 1943 to discuss plans for the opening of the second European front 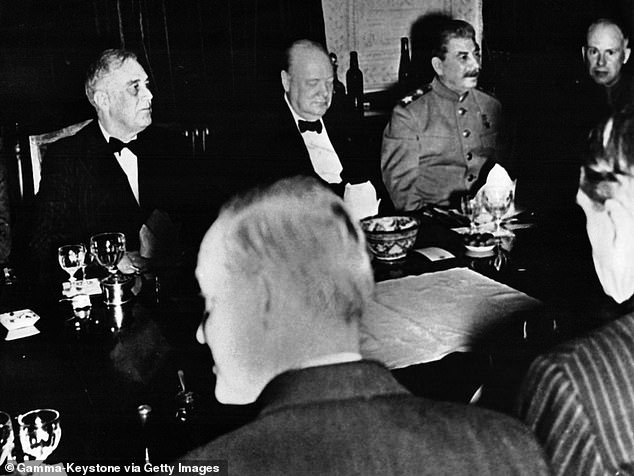 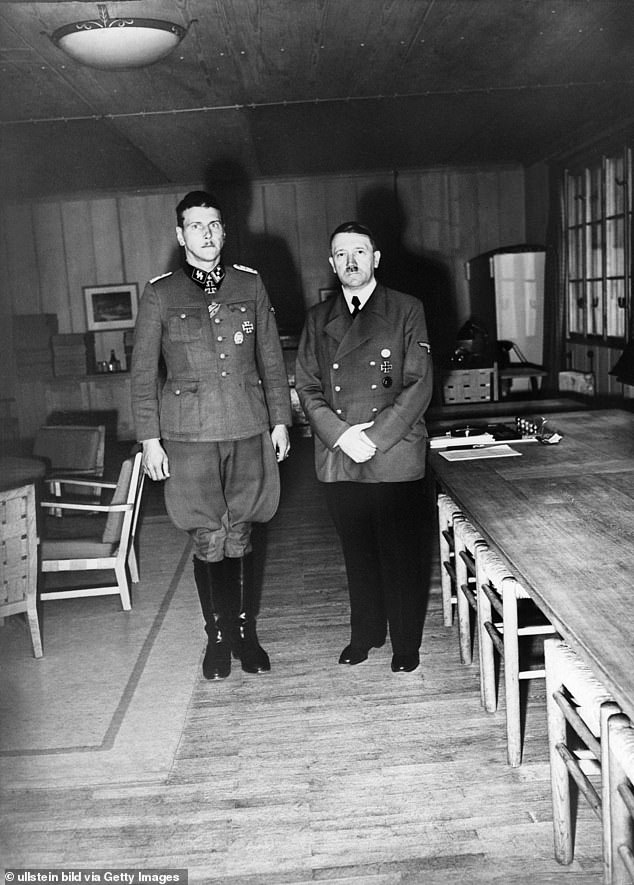 Otto Skorzeny, pictured left with Adolf Hitler, right, impressed the Fuhrer when he rescued Benito Mussolini who had been captured in 1943. Skorzeny led a group of commandos who landed in gliders on the mountaintop mansion Mussolini was being held

Operation Long Jump saw the Nazis train a group of renegade Russians who were opposed to Stalin in commando tactics in order to wipe out the allied leadership. They were to be joined by two further groups of German commandos – including men led by Hitler’s number one assassin Otto Skorzeny – who had earlier rescued Benito Mussolini from captivity.

Blum’s book, Night of the Assassins: The Untold Story of Hitler’s Plot to Kill FDR, Churchill, and Stalin, looks at the plot which could have changed the the world.

Tehran was chosen as the location for the meeting as Stalin was unwilling to travel far from Russian territory and Iran was nominally neutral during the conflict.

It was an important meeting as it was the first time that Stalin had met with the US and British leaders. He was anxious by the failure in late 1943 of Roosevelt and Churchill to launch a second front in Europe, to help relieve pressure on Soviet troops.

Ahead of the meeting, Soviet intelligence claimed to have gathered information that the Germans, having cracked US naval codes, knew about the meeting and were planning to strike.

The Soviets also claimed to have agents close to those involved in the plot.

Tehran had been flooded with 40,000 NKVD (the predecessor of the KGB) ahead of the conference. The Russians claimed to have intercepted the first group of parachutists and killed them, but had not been able to track down a second platoon of commandos. 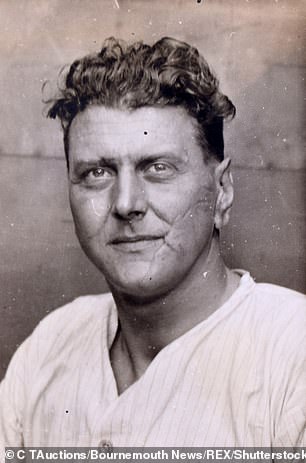 Skorzeny, pictured, developed the plan to assassinate the Big Three but did not parachute into Iran with his troops

They claimed both Churchill and Roosevelt would be at risk while travelling to the Soviet embassy from their own compounds during the conference and should instead stay as guests of the Russian ambassador – in rooms which had been bugged.

The plot, which is outlined in detail in the book, seemed utterly implausible.

According to Blum: ‘Although the war is undoubtedly lost, the Germans believe that perhaps a new set of Allied leaders might be willing to make a more reasonable peace in its aftermath. And so a plan is devised—code name Operation Long Jump—to assassinate FDR, Churchill, and Stalin.

‘Immediately, a highly trained, hand-picked team of Nazi commandos is assembled, trained, armed with special weapons, and parachuted into Iran. They have six days to complete the daring assignment before the statesmen will return home.’

Blum gathered together details of the plot from documents held in archives in London, Moscow and Washington.

He outlined how FDR’s Secret Service chief, Mike Reilly, who described himself as ‘an Irish cop with more muscle than brains’, had to ensure the safety of the president.

The assassins were working on a plan developed by Otto Skorzeny, who was once described as ‘the most dangerous man in Europe’.

The Russian defectors among the commandos were split into two groups and would parachute separately into the outskirts of Tehran.

One group planned to meet up with local tribesmen who would act as guides to bring them into the city.

The men were equipped with Soviet manufactured machine guns and uniforms. They also planned to use British-made bombs which had been captured by the Germans to blow up the three leaders.

The two groups of Russians were killed shortly after arriving in Iran.

A group of six Germans, under the command of Rudolf von Holten-Pflug, managed to avoid capture after they dropped into the wrong location near Qom. 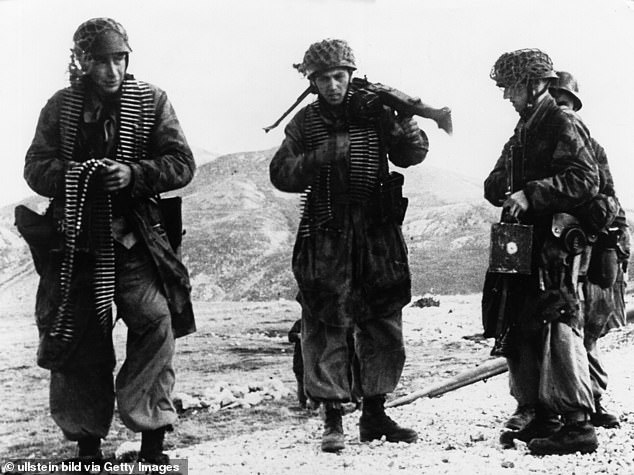 They managed to sneak into Tehran undetected ahead of the conference despite the presence of a large NKVD force.

The commandos made the decision to continue with their attack despite the growing evidence that they had been betrayed.

According to Blum: ‘Skorzeny, seeing the element of surprise had been lost, stayed in Germany, not wanting to risk his life or his reputation.’

The book claims the commandos had been betrayed by a group of Iranian wrestlers who had been sheltering them in a gymnasium after they accepted a $20,000 reward.

Yet the highly trained German operatives managed to escape and decided first to make an attempt on Churchill’s life during his birthday party which was being held at the British embassy.

The commandos had planned to attack using water tunnels under the building, but upon learning of the plot, the area had been saturated with guards.

In a final change of plan, the commandos decided on a suicide attack on the VIP convoy as it approached the airport. Again, the commandos were betrayed and blew themselves up to avoid capture. 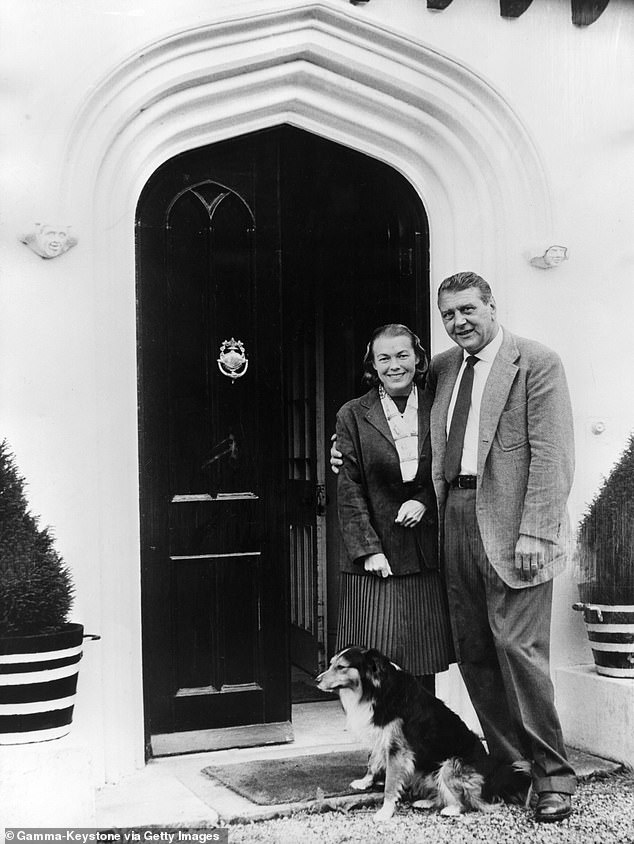 Blum told The Express: ‘There is too much documentary evidence and too many witness statements proving that the assassination plot was real. But in espionage you never know the entire truth.

‘The plot would have succeeded if the Russians hadn’t killed most of the commando force. And if a captured spy hadn’t disclosed the scheme to use the water tunnel to enter the embassy compound, German commandos would have burst in on Churchill’s birthday party. It would have changed the face of the war, and possibly reshaped the world for years to come.’ 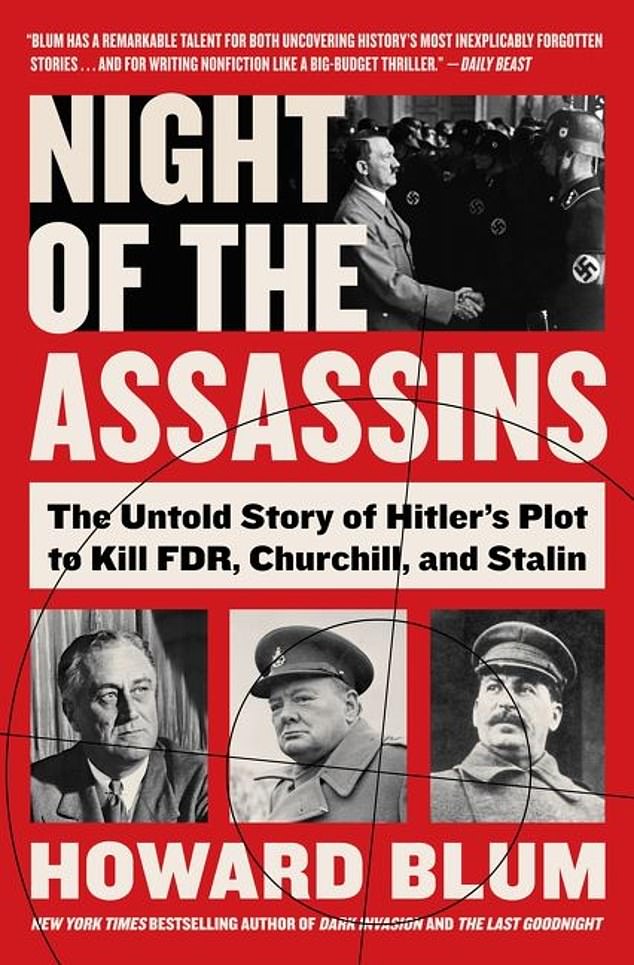 Night of the Assassins, Bu Howard Blum, goes on sale next month by Harper books