A network of underground tunnels built by the Germans during their invasion of the Channel Islands in World War II have gone up for sale for £150,000.

The secret passageways were dug out in 1942 by the Germans who deliberately built them close to a church on Guernsey as they believed it was less likely to be bombed.

They used the 80ft deep tunnels mainly to store weapons and ammunition. 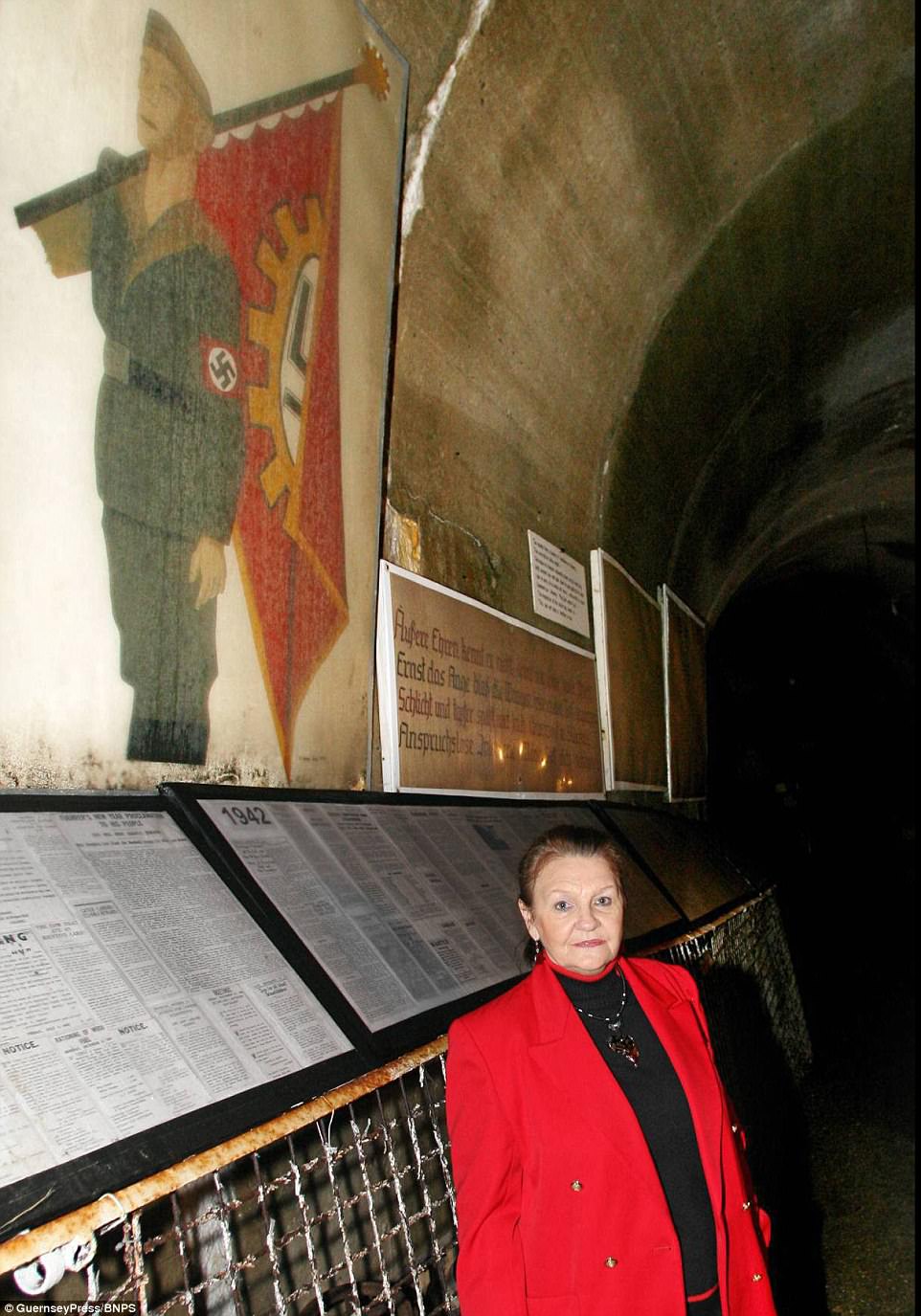 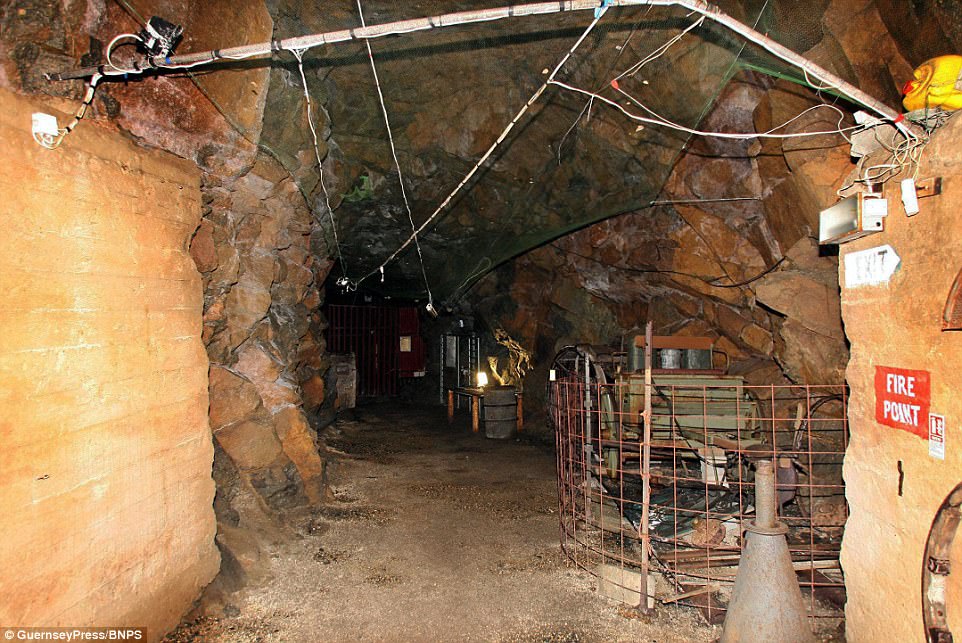 The tunnel which was excavated over the course of two years using slave labour is on sale for £150,000

The tunnels were excavated using slave Polish and Russian prisoners of war, many of whom died during their construction.

After the war the tunnels were left abandoned and forgotten about until they were rediscovered in the early 1980s by chance.

Homeowner Derek Turnbull was doing some gardening in the grounds of his large detached home when he found a hole in the ground.

He put a ladder down it and was stunned when he found 1,200ft of tunnels.

He and his wife Maureen spent five years clearing them out before opening them as a museum in 1985.

The museum did incredibly well and remained open for 18 years, attracting as many as 300 people a day.

It closed in 2002 when Derek sadly died following a battle with cancer.

Maureen, now aged 70, has been running a care home on the site for 28 years and has now decided the time is right to sell the property. 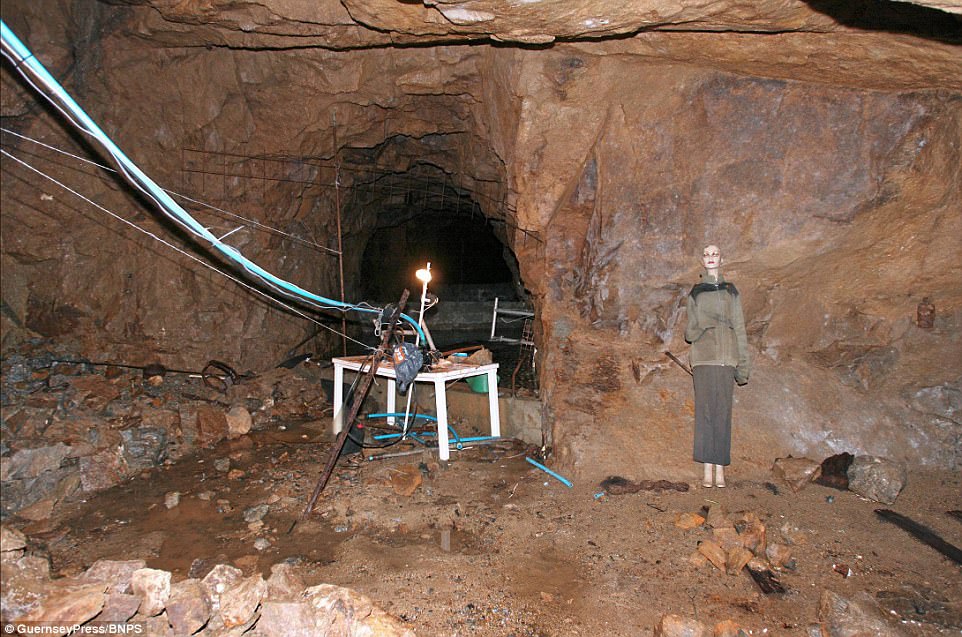 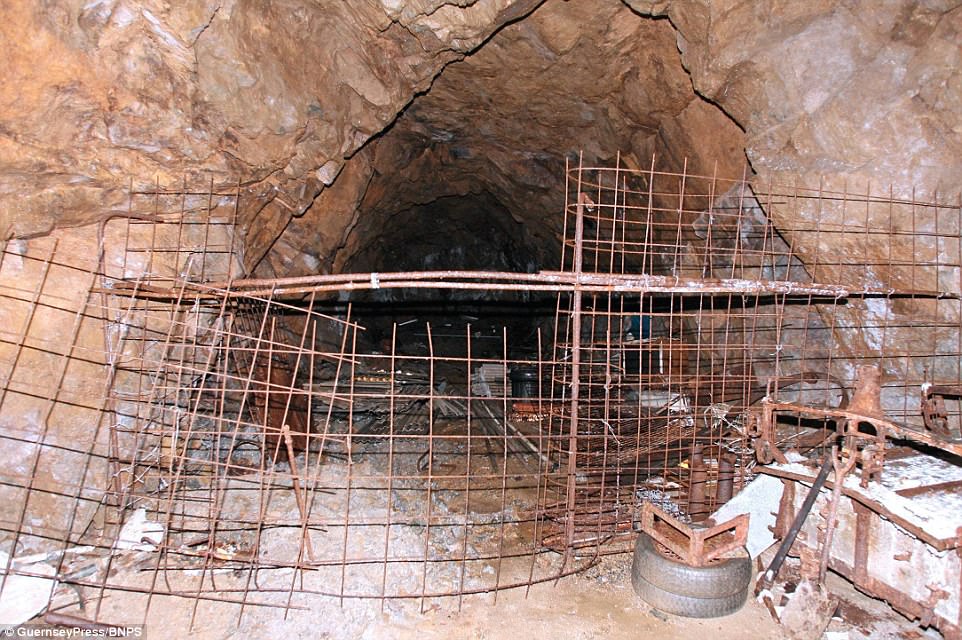 The tunnels, that are 18ft high and 16ft wide, are being sold separately and could be turned into a quirky art gallery.

Maureen said: ‘When my late husband found the tunnels he came back into the house and said “you are never going to believe what I have found”.

‘It took us five years to clear them out. We ran the tunnels as a wartime museum for 15 years and it was a real labour of love for my husband and I.

‘When he died I never really wanted to do it anymore but they’re part of Guernsey’s history and I think it’s really important they’re maintained.

The tunnels are located in St Saviours on Guernsey and are being sold by estate agents Swoffers.

A spokesman for the agents said: ‘St Saviour’s Tunnel is an opportunity not to be missed. This fascinating piece of history is just waiting to be claimed.

‘The chance to own a subterranean space like this does not come up very often.’ 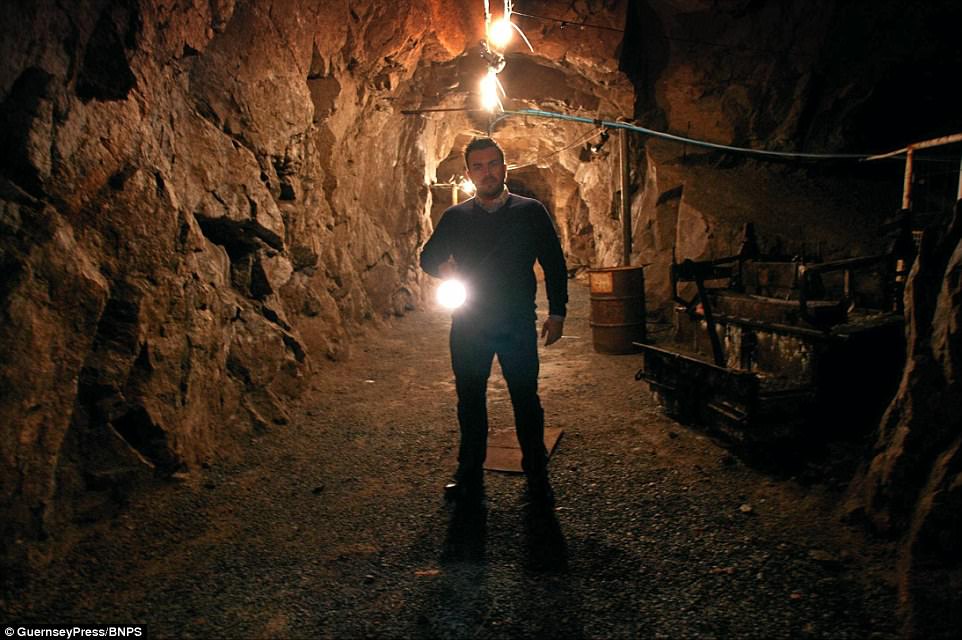 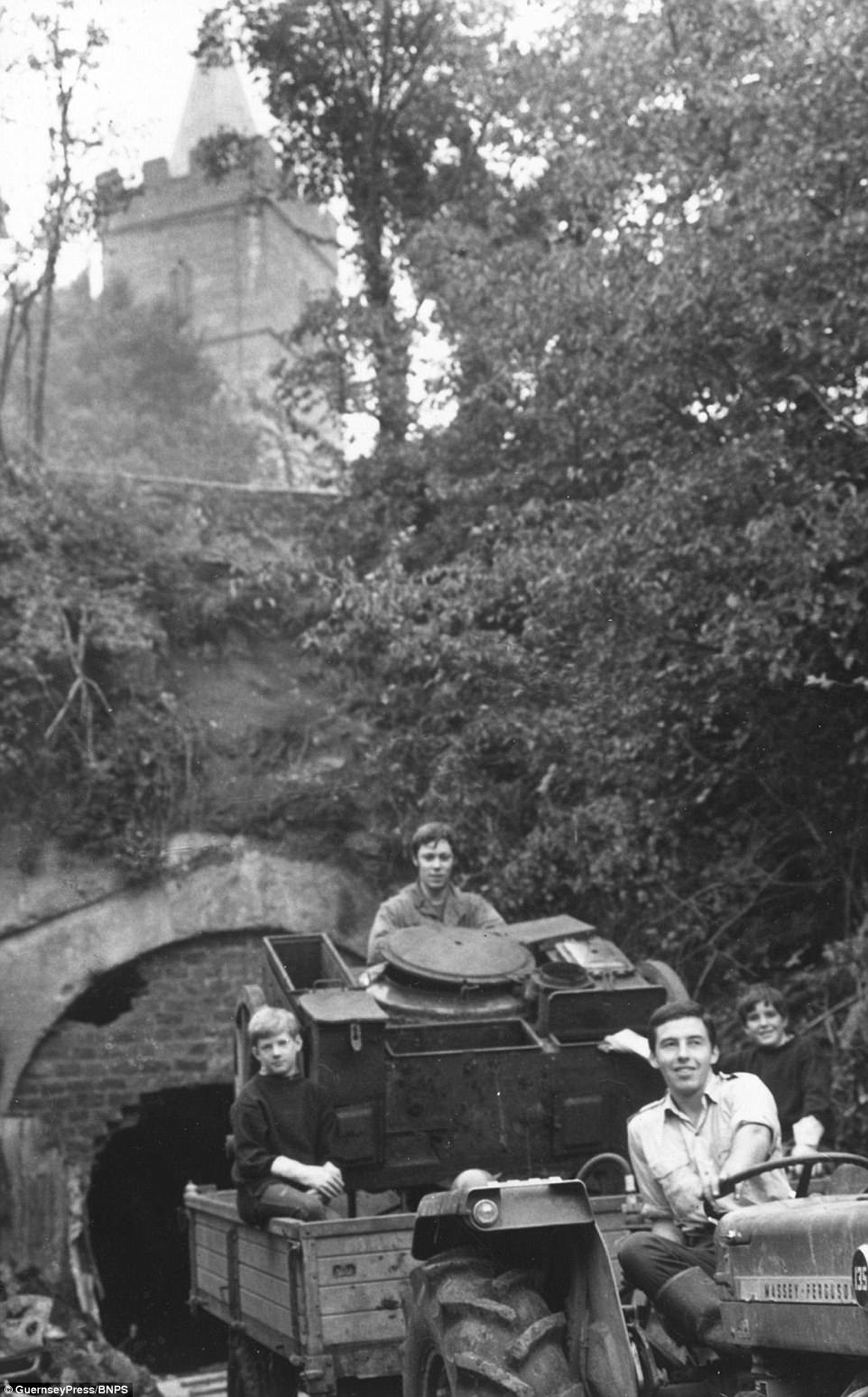 The tunnel, pictured here in the early 1980s, were built under a church to prevent them from being bombed 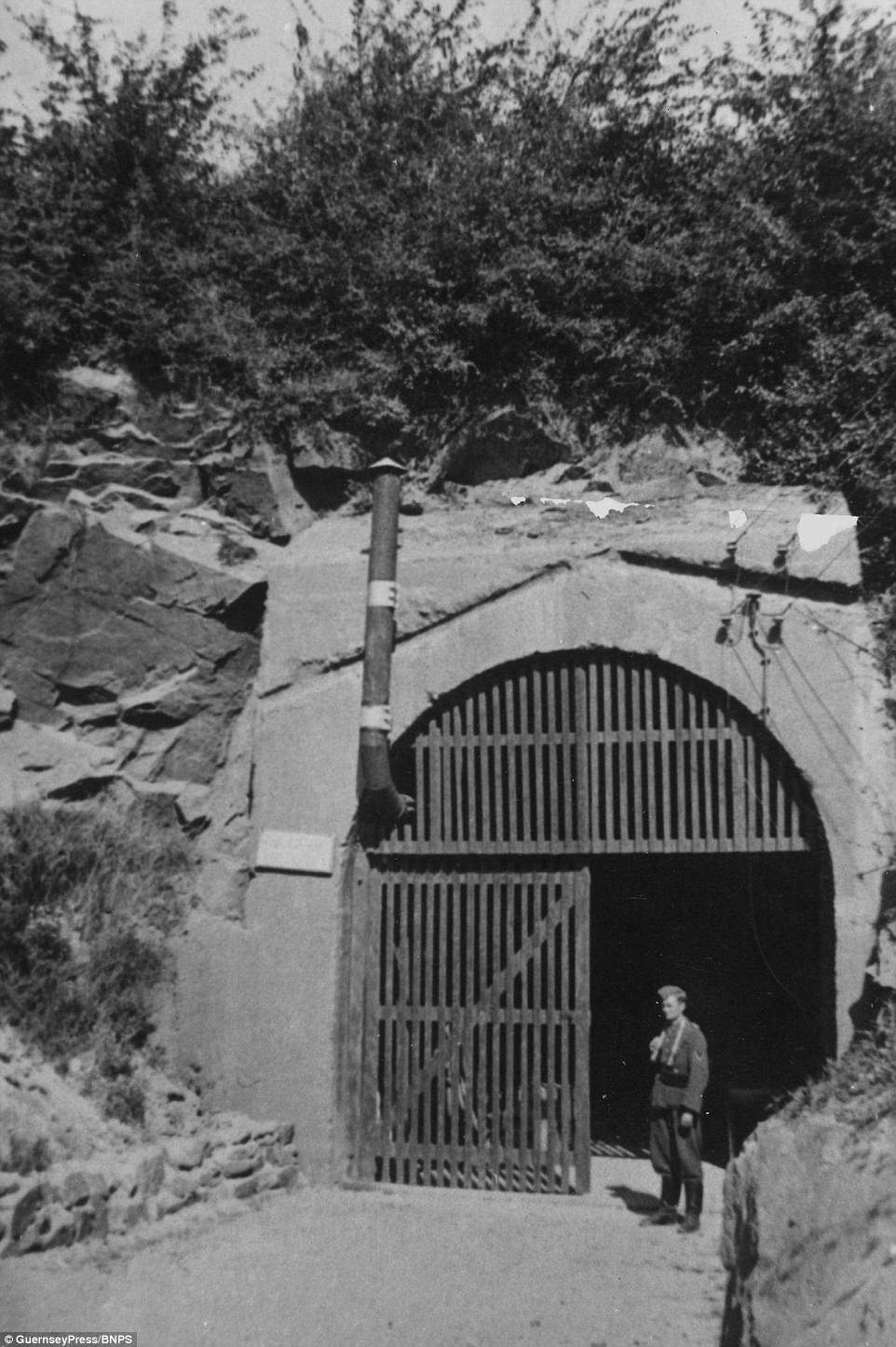