By Maxine Shen For Dailymail.com and Reuters

The NBA said Monday that there have been zero positive coronavirus cases amongst players in the latest batch of tests.

The basketball players have been staying in their bubble-like campus at Disney World in Orlando, Florida. while waiting for the NBA to resume its season on July 30, without spectators.

The previous batch of test results had been released on July 13, when two of the 322 players who had arrived at the campus between July 7 to 13 tested positive for coronavirus. 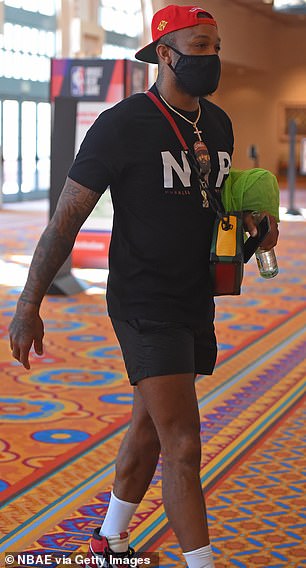 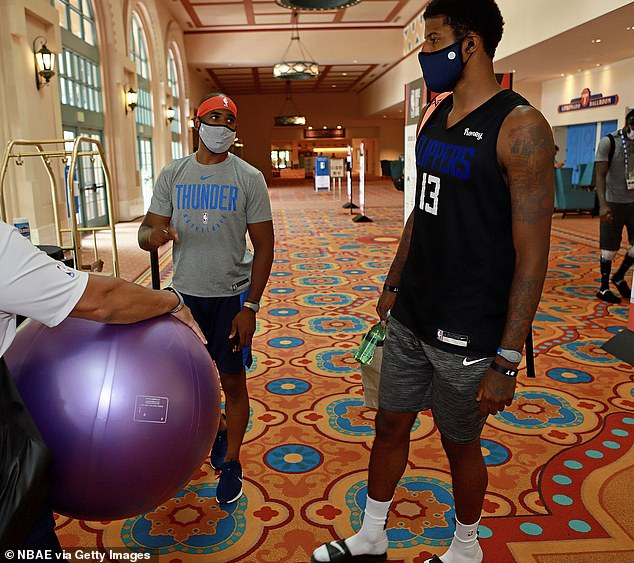 Those two players were asked to quarantine at home or in isolation housing before returning to the NBA campus.

When testing began on July 1, 19 players had tested positive for coronavirus.

None of the 346 players tested since July 13, however, came back with positive virus test results.

The NBA said that if a player does have a confirmed positive test result going forward, that player will be isolated until he clears rules established by the league and the players’ union. 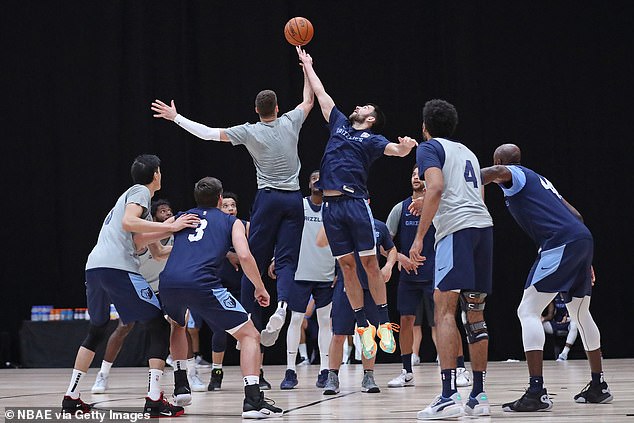 Several of the NBA players did leave the ESPN Wide World of Sports Complex facility at Disney World for various reasons over the last few days and will undergo a quarantine period, according to Bleacher Report.

The NBA season will return with 22 of its 30 teams playing eight seeding games to determine a full 16-team playoff field that will follow the traditional post-season format with four best-of-seven series.

All games, practices and housing are at the ESPN Wide World of Sports Complex inside the Orlando resort, which has multiple hotels and arenas, and allows the league to limit outside exposure.