‘How can you expect players to play knowing their friend, teammate, mentor and legend has passed’: NBA comes under fire for not cancelling games hours after the tragic death of Kobe Bryant

The NBA have come in for heavy criticism for not cancelling Sunday night’s games following the tragic death of Kobe Bryant.

The sporting world was left grieving on Sunday after it was announced that Bryant and his 13-year-old daughter Gianna were killed in a helicopter crash in Calabasas, California.

But despite the sudden news of his passing – a sporting icon following his stellar success within the sport – the NBA made the decision to go ahead with Sunday’s games.

In several clips from Sunday’s action, many basketball players and other members of the sport’s community were visibly devastated by Bryant’s death, and arguably not in the right frame of mind to play.

Houston Rockets’ Tyson Chandler was seen crying courtside while shaking his head  in disbelief from the tragic news.

Meanwhile, LA Clippers coach, Doc Rivers, was also extremely upset and couldn’t hold his emotions together during a pre-game interview.

While some fans argued that Bryant wouldn’t have wanted the games to be cancelled, many insisted the action shouldn’t have gone ahead as players weren’t in the right mindset to play. 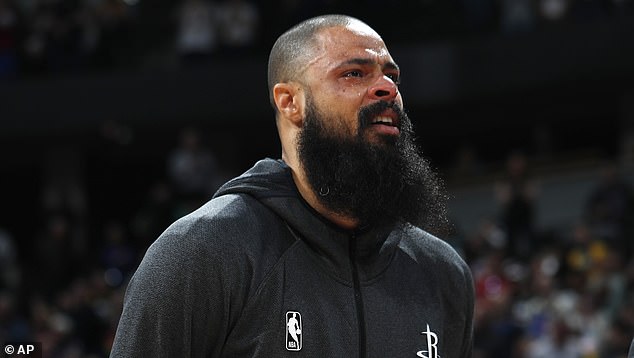 One fan tweeted: ‘The NBA should’ve cancelled every single game today. How can you expect these players to play knowing their friend, teammate, mentor, & legend has just tragically passed?

‘They’re literally on the bench in tears & at what cost? They should not have to play. They are not okay.’

Another NBA fan wrote on Twitter: ‘Really can’t get behind the notion that playing NBA games today was okay because “that was what Kobe would’ve wanted.” I just don’t buy that.

‘He was a great competitor and probably would want everyone to play. But this is devastating. Players weren’t ready. Should’ve cancelled.’