Golden start for the Warriors! NBA champions begin title defense with a 123-109 win over Los Angeles Lakers as Stephen Curry scores 33 points – while LeBron James finishes with 31 points in the visitors’ opening-day loss

Stephen Curry opened the season with 33 points, seven assists and six rebounds, and the Golden State Warriors beat LeBron James and the Los Angeles Lakers 123-109 on Tuesday night after receiving their championship rings in a pregame ceremony.

Jordan Poole made a pretty bounce pass to a driving Draymond Green for a layup and all seemed perfectly well with the defending champions almost two weeks after Green punched Poole at practice October 5, then took a brief leave of absence from the team to work on his emotions. Poole wound up with 12 points and seven assists. 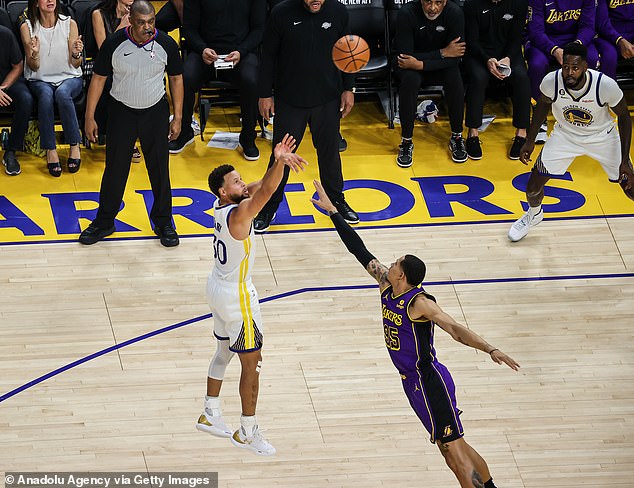 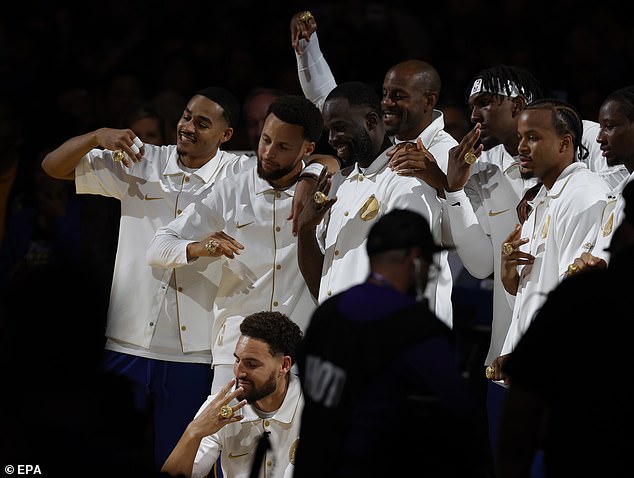 Klay Thompson contributed 18 points in 20 minutes for the Warriors, who celebrated the franchise’s fourth title in eight years.

Golden State coach Steve Kerr limited the minutes of both Thompson and Green, who was away from the team until last Thursday.

Kerr said he will increase Thompson’s minutes each game as a precaution following his return in January from an absence of more than two-and-a-half years for surgeries to his left knee and right achilles tendon.

Warriors center James Wiseman made his first appearance since his rookie season of 2019-20 after sitting out all of last season recovering from right knee surgery. He had eight points and seven rebounds. 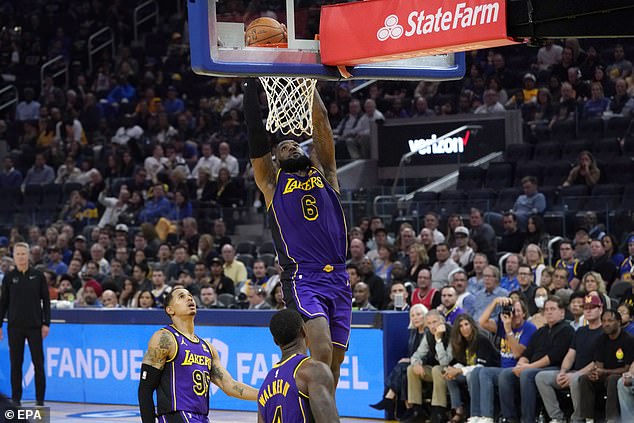 LeBron James had 31 points, 14 rebounds and eight assists in the Lakers’ losing effort