NBA ROUND-UP: Boston goes nuclear on the Suns, while Kyrie Irving proves too much for the Hornets

An expected showdown between two of the league´s top teams never materialized with the Celtics leading by 45 points at one juncture.

Jayson Tatum and Jaylen Brown each scored 25 points, Malcolm Brodgon added 16 off the bench for Boston.

The Celtics won for the eighth time in nine games, improving their NBA-best record to 21-5.

Meanwhile, the Suns – who came into the game with the best record in a crowded Western Conference race – lost for the third time in four games. 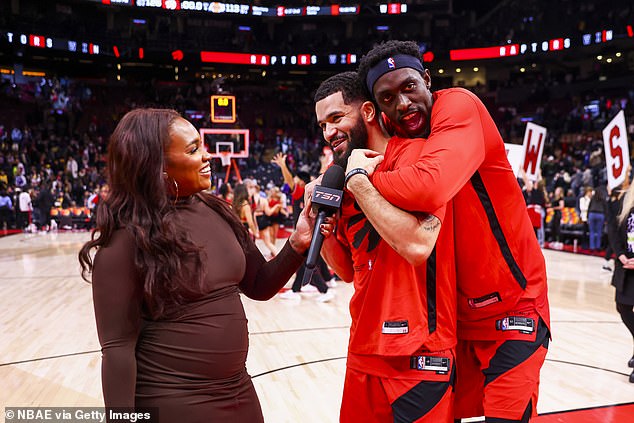 A short-handed Lakers team playing without LeBron James and Anthony Davis were no match for Pascal Siakam and his Toronto Raptors in Canada.

Siakam had 25 points and 10 rebounds and the Toronto Raptors routed Los Angeles 126-113.

James sat out because of a sore left ankle, one night after playing 36 minutes in a 116-102 loss at Cleveland.

Meanwhile, Davis missed after finishing up after one quarter Tuesday night because of an illness.

Guard Patrick Beverley (right knee) and forward Wenyen Gabriel (left shoulder) also were out for the Lakers, who came in having won six of eight.

Fred VanVleet scored 25 points and O.G. Anunoby had 23 as Toronto led from wire-to-wire, improving to 10-3 at home. 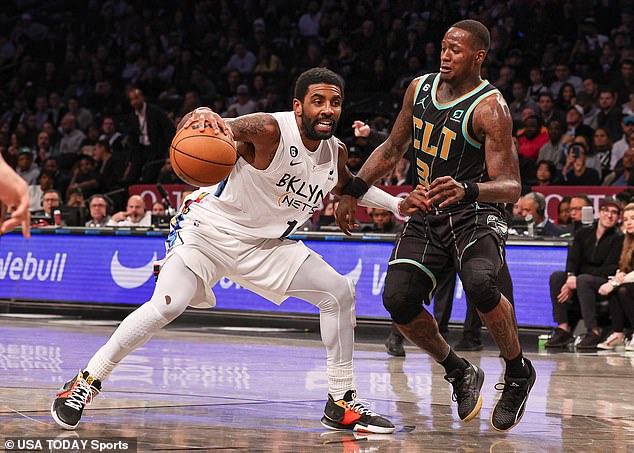 Kyrie Irving scored 33 points – 12 in the fourth – while Kevin Durant had 29 as the Brooklyn Nets outlasted the Charlotte Hornets 122-116 at the Barclays Center.

Seth Curry added 20 points on 8-for-11 shooting to help the Nets win for the fifth time in six games.

For the struggling Hornets, Terry Rozier scored 29 points and Kelly Oubre Jr. had 28 for Charlotte.

The defeat in New York means Charlotte have lost three straight, and seven of the last 10. 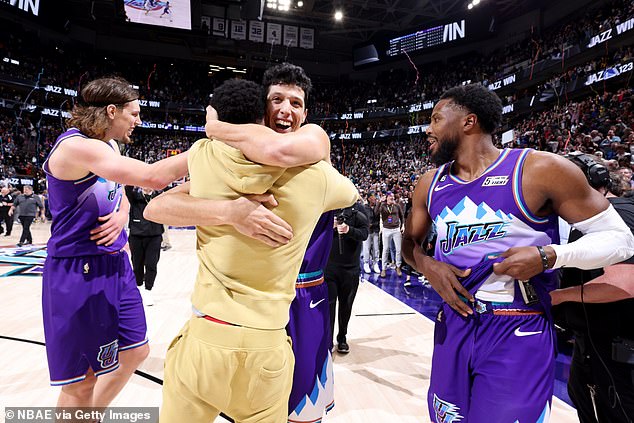 Simone Fontechio was celebrated postgame after a last-second, game-winning dunk

Rookie Simone Fontecchio made a last-second, game-winning dunk just after Malik Beasley hit a 3-pointer as the Utah Jazz scored five points in the final 7.8 seconds to earn an improbable 124-123 victory.

Jordan Poole led all scorers with 36 points in a game in which both teams were missing key players.

The late rally began with the 3-pointer from Beasley with 7.8 seconds to go. Nickeil Alexander-Walker then gave the Jazz life with 4.3 seconds remaining by stealing the ball from Poole in a frantic moment.

The ball was advanced to Beasley, who connected with Fontecchio for the game-winning bucket with 1.4 seconds left. 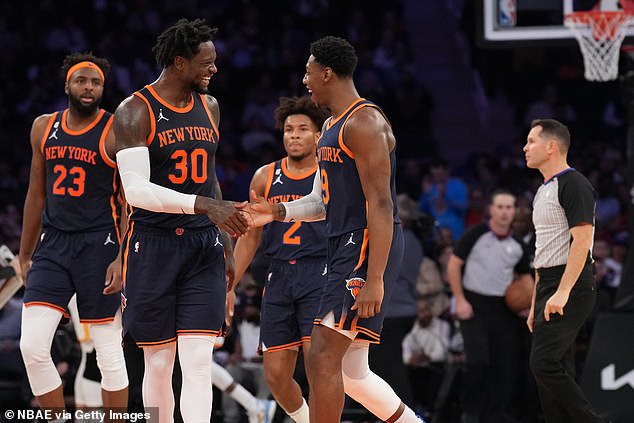 New York rolled to a win over undermanned Atlanta behind Julius Randle, who posted a double-double and scored 19 points in the third quarter for the hosts.

Randle finished with 34 points, two shy of his season high, and pulled down a season-best 17 rebounds.

RJ Barrett added 15 points while Mitchell Robinson put up eight points and 10 rebounds for the Knicks.

Quentin Grimes contributed a season-high 23 points and shot 5-for-7 from 3-point range for the Knicks, who have won two straight. 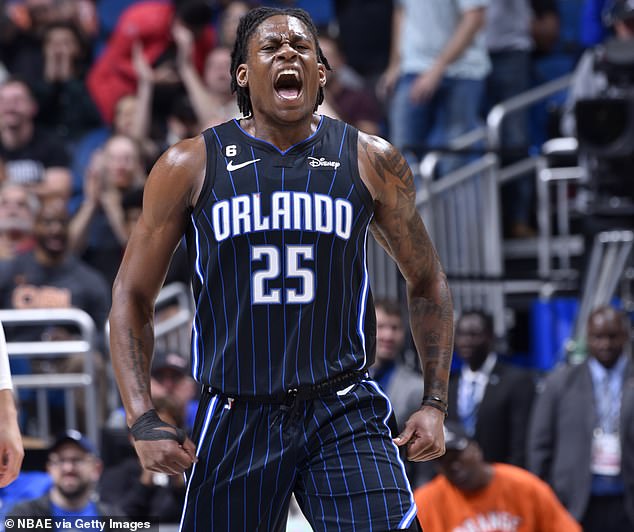 Moritz Wagner went for a double-double of 20 points and 13 rebounds, Bol Bol scored another 20 points, and Paolo Banchero sank six free throws down the stretch to cap his game-high 23-point effort.

Prior to Wednesday night, the Magic’s last win was on November 18. 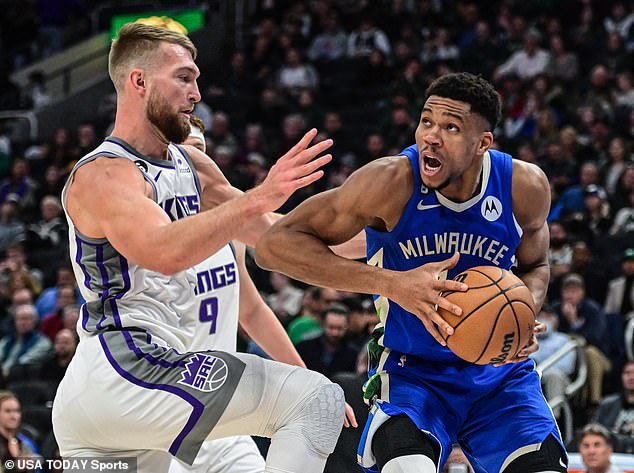 Milwaukee beat Sacramento 126-113 on Wednesday night for the Bucks´ 13th consecutive victory over the Kings.

The streak is Milwaukee´s longest active streak against an opponent. Giannis Antetokounmpo scored 35 points while Jrue Holiday added 31 for the home squad.

Brook Lopez had 17 points and nine rebounds and Khris Middleton added 14 points for the Bucks. They won their third straight to improve to 18-6.

Sacramento, which scored 61 points in the first half, managed just 19 in the fourth quarter.

Domantas Sabonis had 23 points and 12 rebounds for the Kings, who had won their last three. Harrison Barnes had 20 points, and Malik Monk added 16. 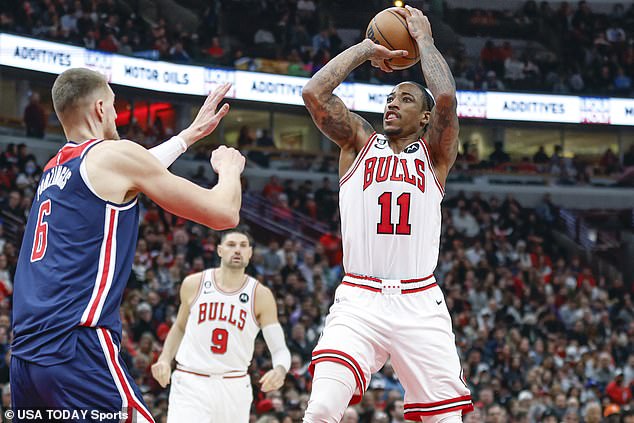 DeMar DeRozan scored 27 points – 21 of them in the final two quarters – vs. the WAS Wizards

DeRozan scored 27 points – 21 of them in the second half – to go with seven rebounds and four assists. 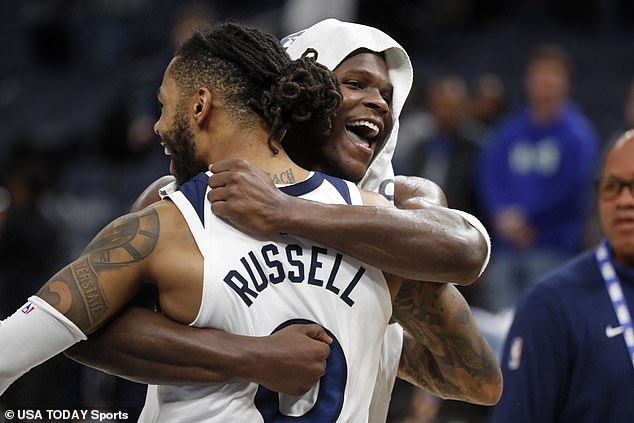 D´Angelo Russell had 15 of his 28 points in the fourth quarter, Anthony Edwards scored 26 points and the Minnesota Timberwolves staved off the Indiana Pacers 121-115.

Rudy Gobert added 16 points and 20 rebounds for the T-Wolves, who blew a 23-point lead and had to overcome an eight-point deficit to win.

Minnesota – who had 23 turnovers – won for just the second time in six games.

Buddy Hield scored 26 points and hit 7/11 from 3-point territory for Indiana, who have now lost four of five, unable to back up a victory Monday night in Golden State. 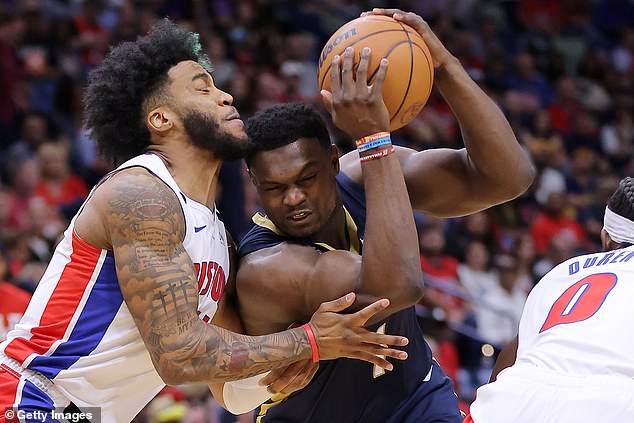 Zion Williamson had 29 points and 10 rebounds as New Orleans held off the Pistons 104-98 for their fifth straight victory.

The victory continued a hot streak for the Louisiana franchise, who have now won for the 10th time in 12 games.

Jonas Valanciunas had 14 points and 12 rebounds for the Pels. Naji Marshall added 17 points, including a put-back that made it 100-94 with 29 seconds left.

CJ McCollum and Murphy each hit free two throws in the last 18 seconds to help seal the victory.

Saddiq Bey scored 25 points for Detroit, who sit second-from-bottom in the Eastern Conference. 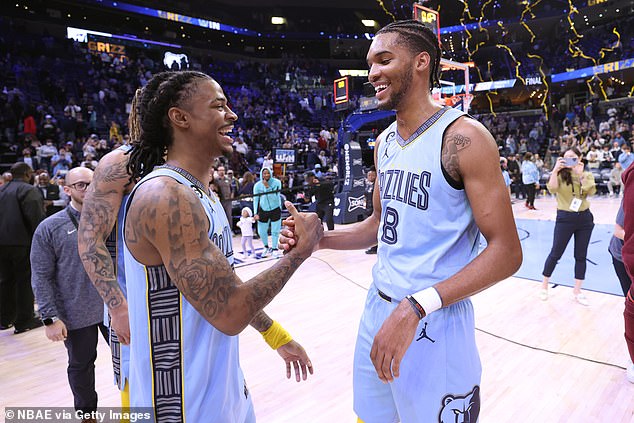 A second-half flurry was central to the Memphis Grizzlies’ 123-102 win over the Oklahoma City Thunder.

Naturally, Ja Morant had a big game, with 26 points, 13 rebounds and 11 assists. Morant´s triple-double was his second this season and the seventh of his career, while his 13 rebounds tied a career high.

Dillon Brooks added 24 points and Brandon Clarke finished with 17 points and eight rebounds as the Grizzlies won their season-best fourth straight. Morant surpassed Marc Gasol for the most triple-doubles in franchise history.

Memphis pulled ahead in the second half, outscoring the Thunder 66-50, including 29-15 in the fourth quarter.

Shai Gilgeous-Alexander led the Thunder with 26 points but was 4 of 14 from the field and 1 of 4 from outside the arc.